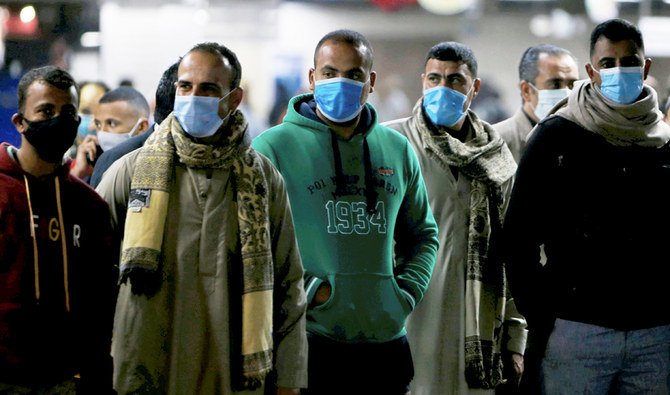 Egypt has officially entered the second wave of the pandemic, after cases rose steadily throughout November and December.

The second wave hit its peak on December 30, when the health ministry reported 1,411 new cases. Since then, the case count has plunged.

Egypt launched its vaccination campaign on January 24, however, officials are predicting a slow rollout as the country waits for the arrival of vaccine orders.

The ministry is currently using China’s Sinopharm vaccine and received doses of the UK’s AstraOxford vaccine on Sunday.

IMAGE: Men in protective masks wait for the train at a metro station in Cairo. (Reuters)

Egypt to receive 1st shipment of Oxford-AstraZeneca vaccine on Sunday