The Egyptian Court of Cassation on Monday quashed the murder conviction of prominent businessman Hesham Talaat Mostafa, ordering a retrial of the case.

Mostafa and his alleged partner in crime, former policeman Mohsen al-Sokkary, had been convicted of killing Lebanese singer Suzanne Tamim, but the Court of Cassation ruled that the conviction was unsound, judicial sources told Al-Masry Al-Youm on Monday. The case is to be retried, starting on 6 February.

In 2009, Cairo Criminal Court sentenced Mostafa and Sokkary to death for the murder of Tamim. According to the orginal court verdict, Mostafa sent Sokkary to kill the actress in Dubai.

However, in March 2010, after a challenge from the defense team, the Court of Cassation cancelled the death sentences that had been handed down. In September of the same year, the Criminal Court handed down new sentences, giving Sokkary 25 years and Mostafa 15 years in prison.

Monday's ruling is expected to anger families of those who died during the Egyptian uprising last year, since Mostafa was a prominent figure of Mubarak's regime. He was the former chairman of the Shura Council's economic committee. He also used to be a member of the disbanded National Democratic Party Policies Committee, which was headed by Mubarak’s son, Gamal.

According to news reports, Mostafa provides those detained in Tora prison with meals from his Four Seasons Hotel, though the Interior Ministry denies the rumour.

Sokkary worked as a policeman in Iraq at a company owned by prominent Egyptian businessman Naguib Sawiris. 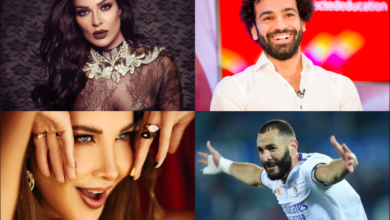 Video: New promotional ad for the 2022 Riyadh season garners 11 million views in less than a day