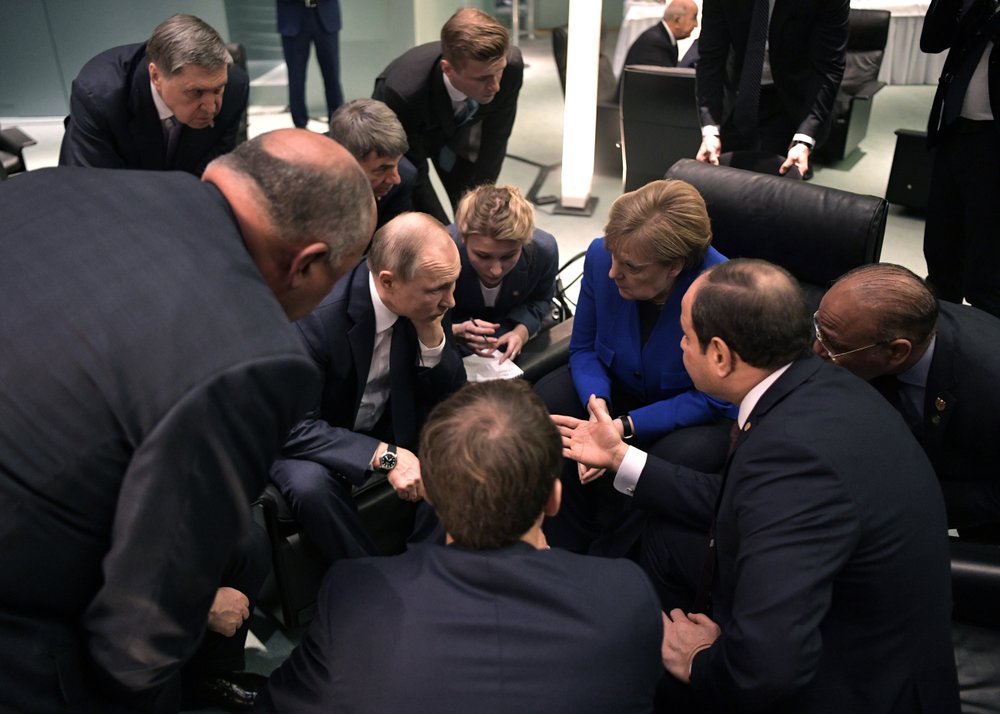 UNITED NATIONS (AP) — The U.N. envoy for Libya on Thursday accused some countries that approved a plan to restore peace to the north African country less than two weeks ago of stepping up weapons deliveries to its rival governments in hopes of a military victory.

Ghassan Salame told the U.N. Security Council this raises “the frightening specter of a full-scale conflict … engulfing the wider region.”

Salame did not name countries violating a U.N. arms embargo, the Jan. 12 truce called by the presidents of Russia and Turkey, and the 55-point road map to peace approved by leaders of 12 world powers and other key countries in Berlin on Jan. 19. But supporters of the rival governments are well known.

The weak U.N.-recognized administration in the capital of Tripoli overseeing the country’s west, led by Prime Minister Fayez Sarraj, is backed by Turkey and to a lesser degree Qatar and Italy. The self-styled Libyan Arab Armed Forces led by Gen. Khalifa Hifter, who launched a surprise military offensive from his stronghold in eastern Libya on April 4 aimed at capturing Tripoli, has received support from the United Arab Emirates and Egypt as well as France and Russia.

Salame, the U.N. envoy, said the truce led to an initial reduction in violence but has been broken in recent days by increased artillery exchanges, severe fighting outside the capital Tripoli and elsewhere, and military reinforcements arriving for both sides.

The U.N. political mission in Libya has recorded over 110 reported truce violations since Jan. 12, lamenting that the truce now “holds only in name,” the U.N. envoy said in a briefing from Brazzaville, Congo when he attended an African Union meeting on Libya.

Since Jan. 6, he said, the U.N. has verified 18 civilian deaths, including four children, from conflict-related incidents in and around Tripoli.

Salame urged the Security Council to unite and “halt Libya’s senseless unraveling,” stressing that “too much is at stake.”

The Security Council is discussing a British-drafted resolution that would endorse the Berlin plan aimed at restoring peace in Libya and urge progress toward a cease-fire.

Germany’s U.N. Ambassador Christoph Heusgen urged unnamed council members “who have been dragging their feet to now go ahead and adopt a resolution as soon as possible.”

By adopting a Security Council resolution, which is “binding international law,” Heusgen said, “we send a signal to the population that we stand with them and also, of course, it’s a very, very strong signal to the spoilers.”

Salame said “the warring parties have continued to receive a sizable amount of advanced equipment, fighters and advisers from foreign sponsors, in brazen violation of the arms embargo as well as of the pledges made by representatives of these countries in Berlin.”

He said Hifter’s forces have been reinforced along the front lines in Tripoli with arms, equipment and infantry, including foreign fighters. At the same time, foreign fighters supporting the government “were flown into Tripoli by the thousands and deployed in forward locations,” and Sarraj received advanced air defense systems throughout the western region from a foreign sponsor.

Both sides continue to receive air shipments of military equipment, Salame said. And “as recently as Tuesday, the presence of foreign naval assets — including warships — was witnessed off the coast of Tripoli, in addition to cargo ships.”

Calling himself angry and disappointed at what has taken place since the Berlin conference, Salame said, “there are unscrupulous actors inside and outside Libya who cynically nod and wink towards efforts to promote peace and piously affirm their support for the U.N.”

“Meanwhile, they continue to double down on a military solution, raising the frightening specter of a full-scale conflict and further misery for the Libyan people, more refugees, the creation of a security vacuum and further interruptions to global energy supplies,” the U.N. envoy said.

Image: Russian President Vladimir Putin, center left, and German Chancellor Angela Merkel, center right, surrounded by other officials talk to each other during their meeting on the sideline of a conference on Libya at the chancellery in Berlin, Germany, Sunday, Jan. 19, 2020. German Chancellor Angela Merkel hosts the one-day conference of world powers seeking to curb foreign military interference, solidify a cease-fire and help relaunch a political process to stop the chaos in the North African nation (Alexei Nikolsky, Sputnik, Kremlin Pool Photo via AP)