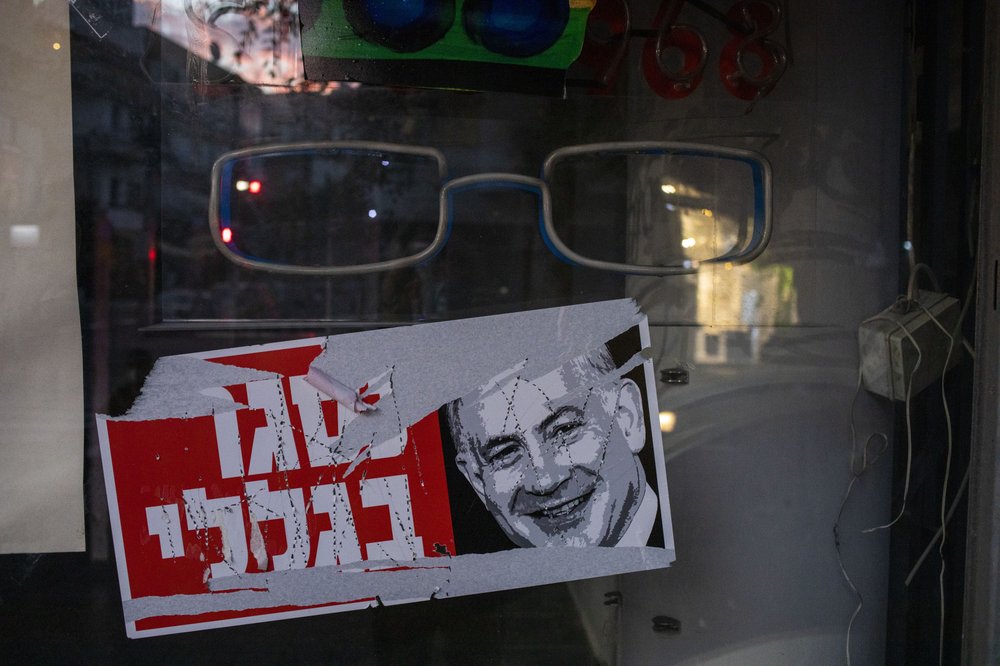 JERUSALEM (AP) — When Israel went into lockdown last spring, Jerusalem pub owner Leon Shvartz moved quickly to save his business — shifting to a delivery and takeaway model that kept him afloat throughout the summer. Then came the second lockdown.

With restaurants and shops shuttered again, Shvartz’s business is struggling to survive. He has laid off 16 of his 17 employees.

By contrast, Israeli software maker Bizzabo, which operates in the hard-hit conference-management sector, quickly reinvented itself last spring by offering “virtual events.” It has more than doubled its sales and is expanding its workforce.

Even before the pandemic, Israel had one of the largest income gaps and poverty rates among developed economies, with a few high earners, mostly in the lucrative high-tech sector, while many Israelis barely get by as civil servants, in service industries or as small business owners.

Those gaps have widened as the second nationwide lockdown, imposed last month, dealt a new blow to an economy already hit hard by the first round of restrictions.

The fallout from the pandemic has also deepened long-simmering divisions among Israeli Jews, pitting a largely secular majority against a powerful ultra-Orthodox minority.

Prime Minister Benjamin Netanyahu, a target of months of mass protests over his perceived mishandling of the pandemic, has been seen as favoring his ultra-Orthodox partners at the expense of the greater good. In trying to contain the latest outbreaks, Netanyahu opted for an economically devastating blanket lockdown instead of targeted restrictions in infection hot spots, including many ultra-Orthodox communities, presumably to avoid upsetting his allies.

“I feel the air is full of gunpowder. I feel the fury on the streets,” Rivlin told parliament this week. “Israel’s tribalism is breaking out through the cracks, and accusatory fingers are pointed from one part of society to the other, one tribe to the other.”

Netanyahu initially won plaudits for his handling of the virus crisis, after he quickly sealed the border and imposed a lockdown, which appeared to bring the outbreak under control.

But the lockdown came at a great cost, pushing unemployment near 35 percent in April as hundreds of thousands were either laid off or furloughed, mainly in low-paying jobs such as retail, travel and hospitality.

Although most jobs gradually returned as the economy reopened, the caseload dramatically spiked in the fall, forcing the government to declare a second, open-ended lockdown last month. According to official figures, over 967,000 people, or almost a quarter of the work force, are again out of work.

Shvartz, who owns two bars and a craft beer company, Biratenu, managed to scrape by with his mail-order business until restaurants reopened over the summer. But safety regulations limited the number of customers he could serve, cutting sales.

Shvartz let a third of his staff go and cut his own salary. Then, the government announced its second lockdown. Now, he and his lone employee are again focused on the delivery business.

“It looks like a garage,” he said. He estimates business is down at least 60 percent from pre-pandemic levels.

Alon Alroy, a Bizzabo co-founder, faced a similar existential crisis in early March, when he realized the business of managing conferences was about to dry up. In what he described as “the toughest month we’ve ever had,” he let go a quarter of his workforce as his team scrambled to come up with a new strategy.

By the end of the month, they decided to focus on “virtual events.” The key, he said, was to go beyond standard Zoom calls and create an environment for engagement.

The software allows participants at large online gatherings to network or break away for private meetings, just as they would at an old-fashioned business conference.

“Everyone knew the events industry could disappear unless we invented, in a way, the event technology space,” he said, speaking from New York.

After its two strongest quarters on record, Bizzabo has rehired its laid-off workers and brought an additional 40 people on board. It now employs about 150 people at offices in Israel and New York.

While some Israeli high-tech firms have been affected by the economic downturn, the industry as a whole is experiencing perhaps its strongest year ever.

According to the nonprofit Start-Up Nation Central, Israeli firms are having little difficulty attracting investors. “Israeli tech companies raised $7.24 billion this year, which is a 30% increase over the same period last year,” said Uri Gabai, the group’s co-general manager.

Jon Medved, founder and chief executive of Israeli venture capital firm OurCrowd, said the strong Israeli tech scene, in contrast to the rest of the economy, is reflective of a global trend.

“It’s just more accentuated,” he said. “What we’ve noticed going on worldwide is that there really is a very strong two-tier-economy impact of the virus.”

Medved said Israel is well-positioned, given the many firms focused on sectors that have thrived during the crisis. They include digital health care and telemedicine, artificial intelligence, cyber security, and technologies for banks and online retailers. Israel’s newly established ties with the United Arab Emirates have brought a new source of cash-rich investors.

But as Israel’s technology scene thrives, many others are being left behind, creating divisions that have fueled angry protests.

For over three months, thousands of Israelis have held weekly demonstrations calling for Netanyahu to resign, primarily because of his handling of the economy. Many of the protesters are people who have lost their jobs or businesses.

Much public anger has also turned toward ultra-Orthodox leaders, whose communities have flouted public safety rules, sent coronavirus rates skyrocketing and vociferously resisted calls for targeted lockdowns. Critics accuse Netanyahu of coddling his political allies to help protect himself as he goes on trial for corruption.

Israeli economist Dan Ben-David, founder of the Shoresh Institution and a professor at Tel Aviv University, has been warning about these divisions for years, saying they are rooted in the country’s education system.

He said schools in outlying rural areas, Arab communities and the ultra-Orthodox sector have long been neglected, leaving their students poorly prepared for the modern world.

“About half the children in Israel today are getting a Third World education,” he said.

In the case of the ultra-Orthodox, the neglect is intentional — religious leaders use their political clout to fund an education system that promotes the study of scripture over subjects such as math and English.

“We’re the only nation in the entire developed world that allows parents to deprive their children of a core curriculum,” he said. “The fact that we’ve been allowing it for decades makes us complicit in all of this.”

A poster reads “closed because of me ” with an image of Israel’s Prime Minister Benjamin Netanyahu on a closed shop in Tel Aviv, Israel, Tuesday, October 13, 2020. Israel has had one of the largest income gaps and poverty rates among developed economies, even before the coronavirus pandemic. The country has a few high earners concentrated in the lucrative high-tech sector, while many Israelis barely get by as civil servants, in service industries or as small business owners. (AP Photo/Ariel Schalit)

Israelis persist in rallies against PM despite lockdown