Meteorologists anticipate cool temperatures and more cloudy weather on Tuesday for Egypt, with light to moderate winds in Cairo, lower Egypt, Upper Egypt, Central Sinai, and along the northeastern coasts.

Temperatures are expected to grow much colder throughout the country by nightfall.

Temperatures will range between 17C and 18C in Cairo and Alexandria, with slightly warmer temperatures in Upper Egypt. Temperatures predicted for the following cities are 19C in Qena and Luxor, and 20C in Aswan.

Meanwhile, active winds on Tuesday along the country’s northwestern coasts and in the southern Sinai Peninsula may also disrupt maritime navigation.

Cold weather predicted across Egypt until early next week 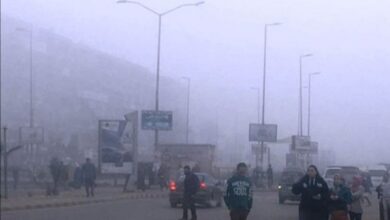