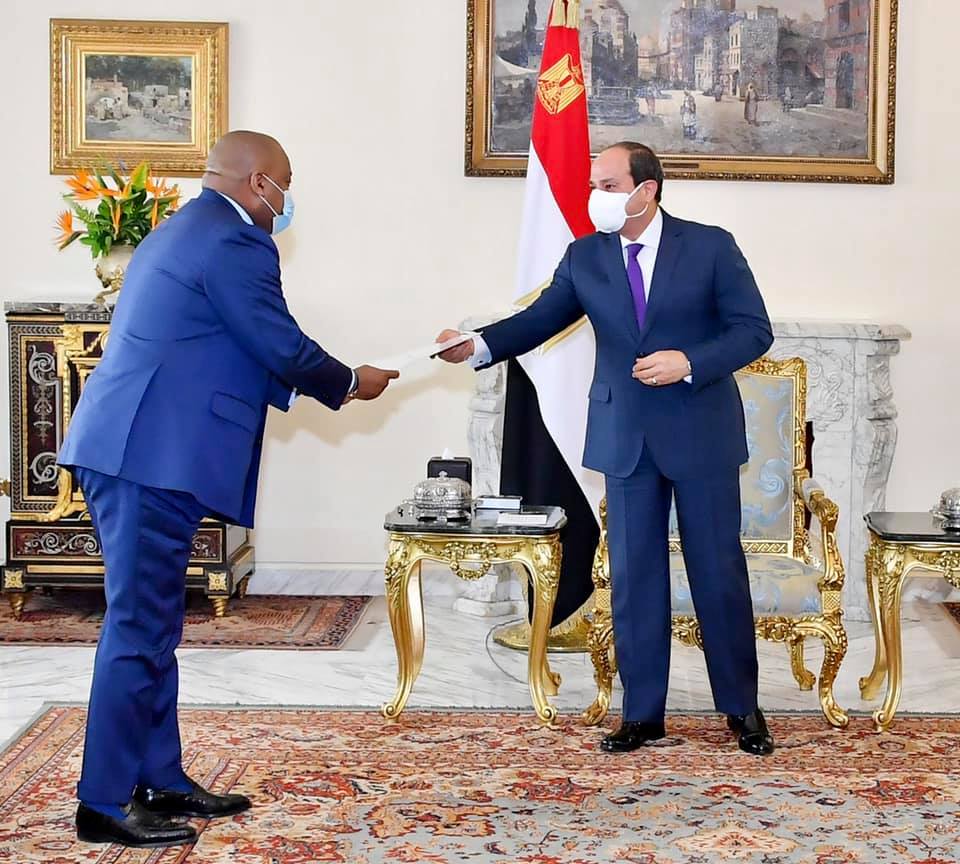 The letter was delivered by the Advisor to the Congolese President, Jean-Claude Kabongo, in the presence of Egyptian Foreign Minister Sameh Shoukry and the Congo’s ambassador to Cairo.

Egypt’s Presidential Spokesperson Bassam Rady explained that the letter also expressed the Congo’s eagerness to further develop bilateral relations with Egypt and benefit from its expertise within infrastructure and major development projects.

President Sisi appreciated the Congo’s support towards Egypt regarding Nile water issues and conveyed his greetings to the Congolese President.

He added that Egypt extends a hand of cooperation with the Congo and all African nations in order to utilize the huge developmental potential countries such as the Congo have to benefit all generations of Africans.

Sisi further noted the pride Egypt holds in its relations with the Congo and expressed an eagerness to further trade exchange between both nations.

Kabongo also conveyed the Congolese president’s praise for Egypt’s support of the Congo within international and regional forums and the assistance it has provided.

Egypt’s Ministry of Irrigation and Water Resources announced late August that negotiations on the GERD have once again stalled due to continued disagreements between Egypt, Ethiopia and Sudan on legal and technical points regarding the proposal to be presented to the African Union.

A meeting between the water ministers from the three countries on August 28 did not result in a unified draft proposal to be presented to the African Union bureau, headed by South Africa.

The meeting was held under the auspices of the African Union and in the presence of observers from the AU Bureau member states, the US, the EU and experts from the AU Commission.

Once again, GERD negotiations between Egypt, Sudan and Ethiopia stall