When the late Basseem Nabki, a Christian man of Syrian descent, sold shawls and scarves in the popular quarter of Moski in Al-Azhar area of Cairo in the first part of the 20th century, he acquired a nom de guerre, Hag Hussein. The more Egyptian and Muslim name became an index of assimilation in the bustling commercial hub. His cousin, Assaad Nabki, was dubbed Hag Othman. And their neighbor, Khairallah Louis, had a convenient derivative: Hag Aboul Kheir.

Back at home, Nabki’s older son, Fouad, insisted to speak French, much to the dismay of his relative, Nour, who used to mock him, saying, “you speak French because your dad’s hat is hung on a tree.” Arabs don’t commonly wear hats.

The Nabkis, the Louis and many others are among many Syrian and Lebanese families who settled in Egypt and became commonly known as the “shawam,” vernacular for the Levantines. While this particular story tells of a migrant community open to engage with its host environment, it also tells us of tendencies to cluster and enclave. Decades and generations later, identity persistently spells out the fences of an imagined ghetto, in which class is essentially the main player.

In his seminal work on local foreign minorities in Egypt, Marius Deeb often found that these communities largely “kept their language and culture and did not get assimilated into the Egyptian society.” In their memoirs as British citizens living in Egypt in the first half of the 20th century, Anna and Pierre Cachia refer to their experience as dwellers in “landlocked islands,” much like most local foreign minorities of the time.

But in attempting to define these enclaves, historian Robert Tignor, who extensively studied the economic activities of local foreign minorities, spotted how they changed from being Millets, ethnic-based subjects of the Ottoman Empire, to an haute-bourgeoisie, a community that identifies itself along socio-economic standards.

Like the Greeks, Armenians, Italians and other Europeans, many of those Levantines came during the 19th and early 20th centuries to venture into an Egypt that was opening to foreigners, especially during Mohamed Ali’s capitulations’ regime. At that time, Mohamed Ali, whose name is often tied to the conception of a modern Egypt, confined Egyptians’ participation in the local economy and particularly commerce, hence leaving ample space for foreign residents to operate. This led to complete domination of commerce by foreigners in 1870, Tignor tells us. And like other foreigners, it is this land of opportunities that attracted the Levantines to Egypt.

Further exemplifying the Levantines’ particular proximity to Mohamed Ali’s project, Lebanese historian Massoud Daher found in his book, “Hijrat al-Shawam” (Levantines’ Migration) how for one, the Kanaan family, originally from Mount Lebanon, helped the ruler in his fight against his Mamluk predecessors through their financial prowess. In return, the family received selected tax exemptions.

Tignor’s nuanced class-oriented understanding of the local foreign minorities in general and the shawam enclave in particular becomes key to deciphering how this community sees itself today.

Most descendants of Syrian and Lebanese ancestors approached by Egypt Independent spoke fondly of their Egyptianess, in almost a self-defensive manner.

“I feel very Egyptian,” says Jeanette Baramki, who’s in her mid-50s. “My husband, who is of Syrian-Lebanese descent, served in the [Egyptian] army in 1973, while I was sewing galabeyas for the soldiers at home. We feel more Egyptian than anything else.”

The affinity to Egypt is not shared with any other nation state. “When we visit Syria or Lebanon, it’s mostly tourism. We are conscious our ancestors lived there, but there is no connection,” she adds.

But for her, a difference remains and there has been a sense of isolation, particularly that you don’t commonly find community members in the bureaucracy or in significant political positions.

The difference, however, is not reduced to political and administrative marginalization.

Nathalie Manadily, a 30-year-old administrator in an embassy, sees a more intrinsic difference. “The difference is in the way of thinking, a more open mentality, a more liberal lifestyle,” she says in French, the language she speaks at home and with close friends from the community.

And for her, being in this betwixt is a privilege. “This gives you a window to understand cultural differences and the meaning of being a foreigner, much needed now.”

Indeed, a xenophobic campaign engineered by the transitional military rulers has been rationalized around the fact that the revolution is a foreign conspiracy. In the streets, it sometimes translates into an air of dubiousness around any foreign-looking person.

A similar nationalistic, albeit more aggressive campaign also by military rulers in the 1960s lead to the exodus of many local foreign minorities, the Levantines included. But again, it is particularly the potential loss of socio-economic stature with the nationalization of ownership and businesses that led the Levantines to depart. And while then-President Gamal Abdel Nasser groomed a pan-Arab identity, the Levantines of Egypt, who hail from Arab origins, didn’t relate to that project.

The few who remain today articulate their difference along mostly class aspects. Being francophone, having a good education and keeping a family name are points in case, says Choucri Asmar, 32, who  works at a pharmaceuticals company. Like Baramki, Asmar feels more Egyptian than anything else, but is also proud of his shami descent. And for him, this should translate into action.

According to him, the isolation of the community, which can be mostly descriptive of most Christians of Egypt, is a growing malaise.

"The ghetto is building up again and it is fear that is nourishing it," he says.

“We should have an illuminating role. We’re privileged to help Egypt be the country we want it to be. I feel indebted to tell ashiraty (my tribe), to use [Islamist President-elect Mohamed] Morsy’s words, that they have a role. They need to lead and stop being followers.”

Asmar joined the liberal Egypt Freedom Party after the revolution, and is also engaging in social work in Heliopolis, his neighborhood and home to many other families of Syrian-Lebanese descent.

“My hope is to transcend these identity questions and think of our right to a quality life. This is what the discourse of the state should be about,” he says, explaining why he is engaging with politics today.

Last Friday, at the Heliopolis Greek Orthodox Club, where most community members congregate, many felt their fate is ominous with the advent of Morsy, an Islamist, to power. While some felt it’s a prelude to another wave of departures, others thought of experimenting with staying.

In one of the club’s gatherings, and after a lengthy collective lament, a man concluded, lightheartedly, with a renowned Egyptian saying, “What you fear the most, will give you the best.” 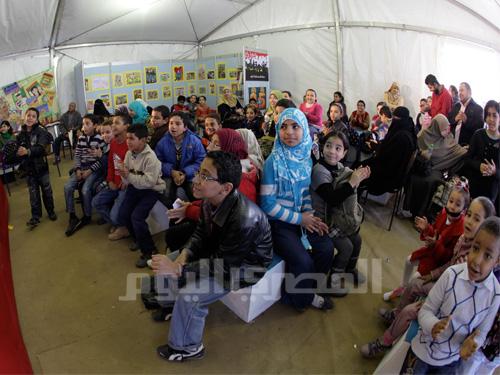 1.1% increase in numbers of foreign workers in Egypt, CAPMAS 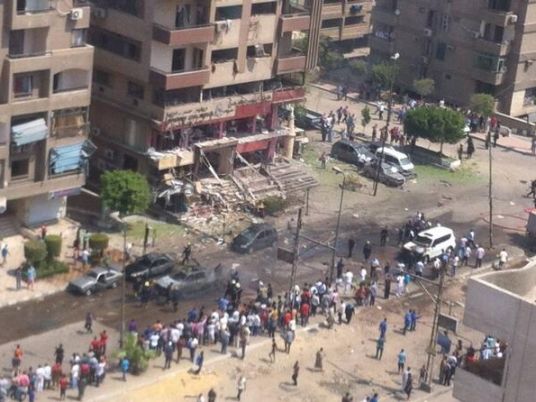 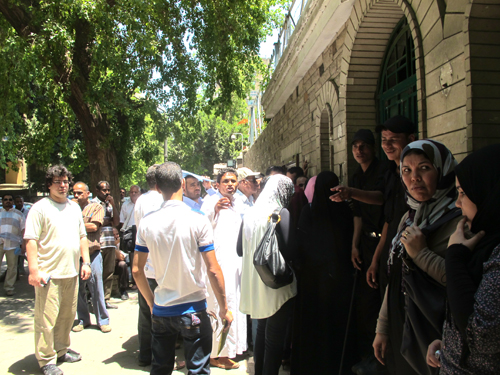 Communities: Dispersed families of the Libyans of Egypt