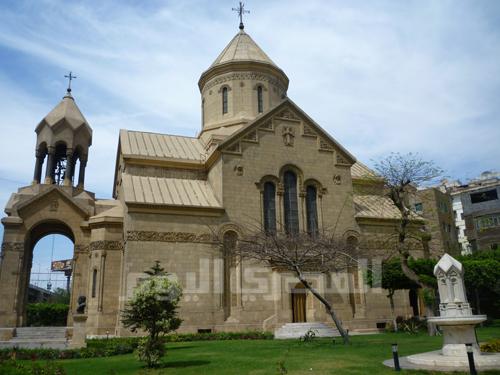 At a time when the citizenship of a candidate’s mother disqualifies him from the presidency, it is nearly impossible to imagine an Armenian holding the post of Egyptian prime minister. Yet the reign of Mohamed Ali was not a unique chapter of diversity in Egyptian history.
Like the Ottoman period, the Fatimid and Mamluk eras involved significant contributions of foreign peoples. Armenians were builders of Bab Zuweila and seamstresses of the Kabba covering, court photographers of Mohamed Ali and jewelers to King Farouk. Today, they are a tight-knit community, integrated in the fabric of Egypt.
Under Mohamed Ali, Armenians and other Ottoman citizens flocked to Egypt for opportunity under the ambitious new ruler.
“Egypt was like the Gulf is today as far as traveling there to work,” says Thomas Zakarian, a teacher in Heliopolis’ Nubarian School.
The Wali of Egypt hired Armenians as diplomats, commercial agents and technicians to modernize the country. Under his auspices, Armenians founded colleges of accounting, engineering and translation in the mid-19th century. Education Minister Yacoub Artin Pasha inaugurated Egypt's first girls’ school in 1873.

Mastery of Ottoman Turkish and European languages made Armenians suitable intermediaries to the West and favored by Ali as chief translators.

“Armenians were viewed as outsiders, but not as Europeans,” says Mahmoud Sabit, an Egyptian historian, whose ancestor Sherif Pasha was the rival of Nubar Pasha.

They had a knack for diplomacy and warfare; Fatimid and Mamluk armies employed Armenians as heavy-armored cavalry.

“The world then was not based on ethnicity, which is why outsiders could have easily integrated in it,” Sabit said. 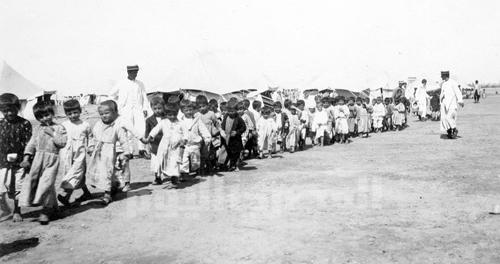 It ended with the Ottomans

In the second half of the 19th century, the “Armenian Question” was raised as Armenians in Ottoman Turkey demanded reforms. Sultan Abdel Hamid II, fearing rising nationalism and European encroachment, ordered pogroms against the minority.

When Istanbul’s mufti issued a fatwa supporting the massacres, labeling Armenians as enemies of Islam, a counter-fatwa was issued by Al-Azhar.

Mohamed Refaat al-Imam, a local expert on the community and author of “The Armenians in Egypt,” notes that this episode caused tension between Istanbul and Ottoman Cairo.

In 1915, Ottoman authorities began a genocidal campaign against the Armenians. Those who survived the massacres sought asylum in Syria, Palestine and Egypt.

What Egypt had that other countries lacked was a pre-established community able to aid, advocate for and employ the influx of refugees.

The Armenian General Benevolent Union, founded in Cairo in 1906 with Boghos Nubar at its helm, aided Armenians across the region. In 1915, it founded a school for 1,000 children in Port Said refugee camp, which sheltered more than 4,200 refugees. Nubar and the union headquarters later moved to Paris, where he advocated for Armenian statehood at the 1919 Peace Conference. However, the betrayal of the Allied Powers, the formation of modern Turkey, and the Soviet takeover of the short-lived Armenian republic dashed lingering hopes for return.

Their exile would be permanent.

A community once composed of elite statesmen and merchants absorbed thousands of refugees, whose presence made Armenian identity more salient than ever. In cosmopolitan Alexandria and Cairo, lives were rebuilt around schools, churches and clubs.

The overall prosperity of Egypt’s Armenians made them less susceptible than other diaspora communities to a 1946 campaign encouraging resettlement in Soviet Armenia. Of the 150,000 from the Middle East who went, only 4,000 came from Egypt. Saroukhan, who instructed a friend to send word on life behind the iron curtain, received a glowing report — but it was written in red, the color they had agreed would indicate distress. Stalin deported nationalist Dashnak party members to Siberia on arrival.

As Armenians secured a foothold in the Egyptian economy, they left their original neighborhoods of Bayn al-Surein and Dahir for upscale downtown and Heliopolis. The community peaked at 17,188 people in 1917, according to government figures; church data puts their number at 40,000 in 1947. 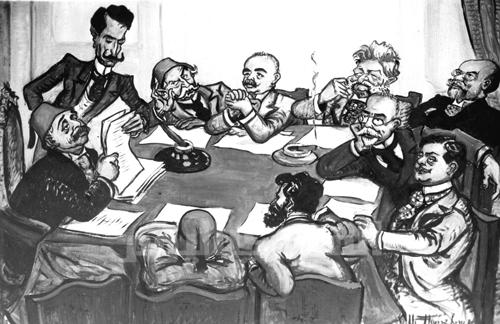 To stay or to go

The 1961 nationalization program of President Gamal Abdel Nasser jolted the community, the majority of which was engaged in the private sector.

The size of the community dwindled in that period, but not all felt compelled to leave, choosing instead to adapt to the new landscape. Among them was Joseph Matossian, then the chairman of Egypt’s Chamber of Tobacco. Nasser greeted Matossian with a hug at a cigarette exposition in 1961. Nasser, an ardent smoker of illegally smuggled Kents, said if Matossian could make him a similar cigarette, he would be their best client.

“Mr. President, your wishes are our orders,” he replied, creating what is still Egypt’s most-consumed cheap cigarette, The Cleopatra.

“All the people who stayed here succeeded, and succeeded brilliantly — especially after 1975, when the country opened,” says Hratch Mikaelian, whose family business, the Reader’s Corner, evolved from a publications distributor to a framing shop.

“The ones who left still have nostalgia for Egypt,” says Armen Mazloumian, a physician. “They even have an Association of Armenian-Egyptians in Canada and celebrate Sham al-Nessim.”

Others point out that those who left never returned, and emigration slowed but never stopped. Of a 40-person choir from the late 1980s, pianist Gassia Deuvletian says, “Now more than half are not here.”

Gerald Papazian, an Armenian-Egyptian living in Paris, argues this nostalgia has nothing to do with modern Egypt.

“It was their Egypt, their clubs, and the way Egypt was at that time,” Papazian says. 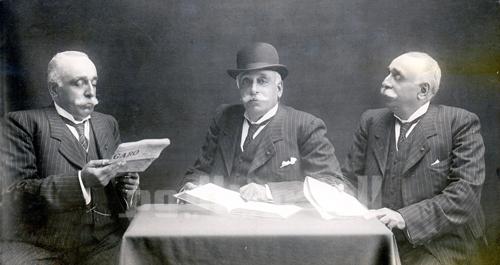 Integrating but not assimilating

The most important tradition Armenians keep is their language, its biggest guarantor of identity. Many parents urge their children to marry an Armenian — whether from Egypt, the Levant or Armenia — but intermarriage with Christian Egyptians is generally accepted.

“The Egyptian community evolved also. There is a very cool, open Egyptian youth, and they integrate very easily with us, Mikaelian says. “That’s why the risk of having mixed marriages increases.”

Children of such unions can and do learn Armenian through community institutions. Sirarpi, a kindergarten teacher, points out that children who don’t come from Armenian-speaking homes anxiously strive to catch up with their peers.

With the emergence of independent Armenia and the Internet, many Egyptian-Armenians find it easier to reconnect with their roots.

Today, half a century after Armenians’ mass exodus from the country, the community is again taking stock of its place in a changing Egypt.

“Although we will not say it out loud, we are whispering about the elusive ‘Plan B’ for leaving,” Aline Kazanjian blogs. She says her decision will not be based on alcohol or dress codes, but opportunities for her children.

“It’s important for Egyptian-Armenians to stay in Egypt. … It’s part of our identity,” says Arto Kalishian, one of a handful of young Armenians involved in political campaigns, whether for liberals or moderate Islamists.

“To be public and active is tough for Armenians because we are a small community. It’s up to the individual,” he says.

The community generally avoids politics, an aversion stemming not only from previous persecution, but also gratefulness to the countries that welcomed them. Parsegh Kezelian, a jeweler, recalls his father’s advice: “Never be against the government — any government.” During parliamentary elections, some Armenians were shocked their peers didn’t know they were citizens.

Many say the double-edged sword of being foreign keeps the community intact.

“We are born in Egypt, we have the identity cards, we serve in the military — nothing remains. But how you feel matters,” says Zaven Lylozian, editor of an Armenian newspaper. “I am not Ahmed or George, I am Zaven. The name is the address of your identity. You are not Egyptian.”

Born during the Ottoman era, Nubar Pasha, after serving five Egyptian rulers over five decades, spent his final years between Paris and Cairo, ever a foreigner to the Egyptian people.

Yet the final passage of Nubar Pasha’s 1842–1879 memoirs strikes a chord, perhaps now more than ever:

“Whatever future awaits Egypt — whether it gains independence or continues as a colony — justice will remain standing between the ruler and subjects … [The peasant’s] country is not one of slavery and his house is no longer that of a slave.”