Walking along one of the semi-private beaches opening all over the North Coast, a certain trend is noticeable. The stock male character of the North Coast is the 18-to-28-year-old guy with shaved head and Hawaiian flower board shorts, who basks his well-defined pecs and abs in the mid-afternoon sun. Girls like them, boys envy them, and the shaved-heads are happy to be the center of attention.

Teer Enta, a hit 2009 summer flick, called the phenomenon “Formet el-Sahel” (the “Coast Look”). Quoting Ahmed Mekky, the lead actor in the film, “Your abs should be rock hard, and your face should have a chocolate-colored tan.” I guess you got the concept.

“They want to look good in summer tight t-shirts,” says Shokr, one of the gym trainers at Samia Allouba fitness center in Mohandessin. “They come to the gym for two or three months before the summer season to bulk up, hoping to score with the foreigners on the Red Sea or Egyptians on the Northern Coast.”

Shokr wears a summer tight t-shirt himself, and he does look good in it.

The beach mating ritual puts pressure on men to work out vigorously in preparation for the summer, but this can be extremely harmful to the human body unless done appropriately.

Mohamed, another trainer at the same gym, categorizes male fitness trainees into two different categories. “There are males who come to the gym all year long and keep their fitness up. These people are really into being healthy and fit,” he says, pointing to one of the regular clients in the gym room who smiles back. “Others appear in the gym room in around April or May, hoping to add layers of muscles to their body and lose the fat around their waist. They are ready to do anything to accomplish that goal in the shortest period possible.”

To achieve their sought-after looks, these boys go through all the possible short-cuts you might think of. Some are downright dangerous in the long run. You might get the looks for this summer, but you might also suffer a permanent injury or illness in the process.

Judging by looks alone, you can’t say anything about the well-divided bodies of these guys but that they appear the picture of health. But Khaled, for example, trains his upper body to fit into his new tight MOMO t-shirt, while not caring less about his lower-body muscles.

“I walk, right? That’s enough exercise for my lower body,” he says, picking up a mattress to do some abs curls, “and I’m already thin. I don’t need to buff up my lower-body muscles anyhow. I just need to sculpt the upper-body ones.”

But the fact is, if you neglect certain muscles in the body, it doesn’t really matter where those muscles are located. The body will become weaker regardless. Imagine working out on the left side of your body alone without training any muscles on the right side: Your body won’t be balanced and you’ll look weird. Whereas, if you work on training your lower-body muscles then you will create the right base for the rest of your body to rely on.

Back to trainer Mohamed, who points out another common mistake these men fall for. “Supplements are one of the things these kids use to muscle up in a short period of time,” he says, discretely indicating a 20-something male lifting some heavy weight. “We see supplements-users and we ignore them. They are using these quick-fix chemicals to create extra energy, helping them to add the extra effort.”

Some trainers consider supplements (in the form of protein powder and various pills) to be helpful, but gym policy forbids staff from discussing this with clients. Such trainers wrongly believe this practice to be akin to eating a huge meal of meat, and that working off the surplus proteins nurtures the muscles, helping them to develop.

At the end of the day, these eye-candy boys can spend the same amount of time in the gym before the summer divided across six or more months instead of just three to achieve the same results without the use of supplements.

And maybe they just need to understand that no matter how huge their muscles are, beauty is only skin-deep. 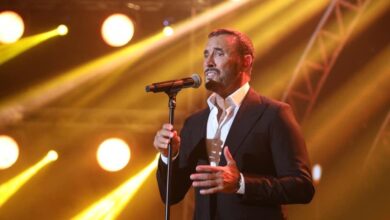 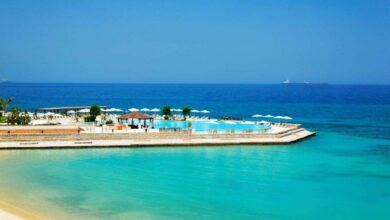