Facebook Twitter LinkedIn
Douglas Ng, 24, is a rare fresh-faced "hawkerpreneur" at Golden Mile Food Centre, a hawker center in Singapore.
The owner/chef of Fishball Story, Ng arrives to work during the dark hours of the morning to prep for the day. 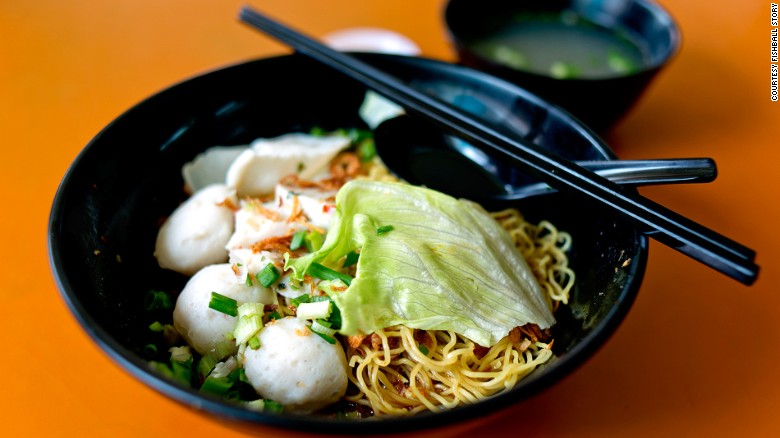 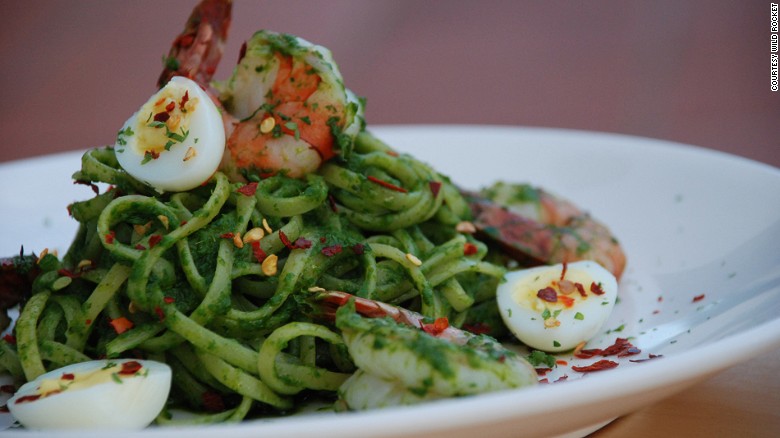 Laksa, a popular Peranakan noodle dish with coconut milk-favored spicy broth, is reinvented as a pesto sauce with pasta at chef Willin Low's popular Wild Rocket restaurant.
They're prepped exclusively with yellowtail fish and seasonings, without the addition of flour, the way most fishballs are made nowadays.
After one-and-a-half years working this space with many 12-hour days, Ng takes home just about S$1,000 ($712) each month.
When he recently increased fishball prices from S$3 to S$3.50, he was met with a 40% plunge in business.
—Editor's note: Since being interviewed for this story, Ng has temporarily closed his stall. He tells CNN he plans to reopen his business soon in a new location. 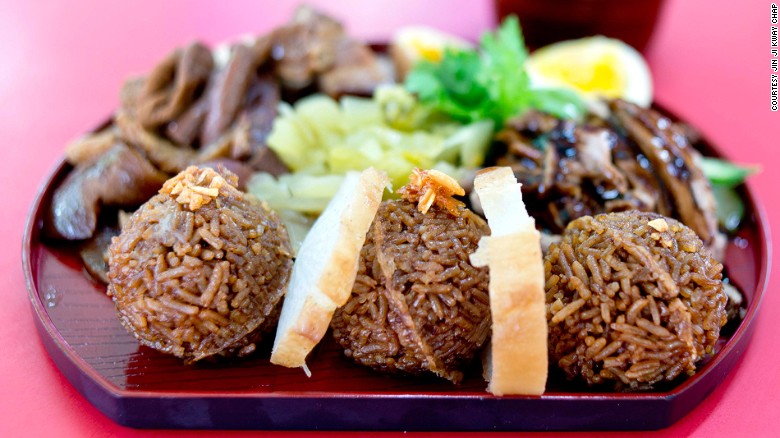 Melvin Chew took over the family stall, Jin Ji Kway Chap, after his father passed away last year."Even though being a hawker is hard work, I want my parents' legacy to live on," he says.
Singapore's hawker foods: Vanishing tradition?
Singapore's aging hawker trade is increasingly facing a dire future.
Stalls are stymied by a host of issues that are endangering this once-prized commodity.
"Our hawker heritage differentiates us from other countries," says Willin Low, the chef-owner of Wild Rocket, Wild Oats and Relish local restaurants, and the man widely regarded as the godfather of modern Singaporean cuisine.
"It unites Singaporeans from different ethnic backgrounds, but it looks like the heritage is thinning."
One reason is lack of ownership succession.
"The hawker trade is not something that the young generation fancies," says Ng. "It's a tough and unglamorous job.
"It does not pay well and there isn't much work-life balance. Rentals are high, labor is hard to find and the cost of ingredients is increasing."
A growing local resistance to paying what hawkers say is a fair price for street food doesn't help.
"We'd better eat soon kueh now before it's too late," says Low, referring to the local handcrafted dumplings traditionally made with turnip and bamboo shoots. 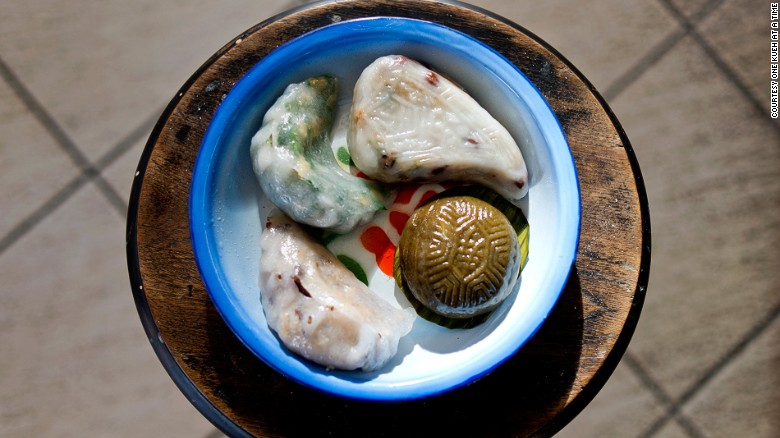 Nick Soon, a former insurance executive, makes all of his food by hand at One Kueh At A Time. He sees his mission as extending a family legacy.
Making the beloved street snack, he says, is becoming a lost art.
New crop of 'hawkerpreneurs' 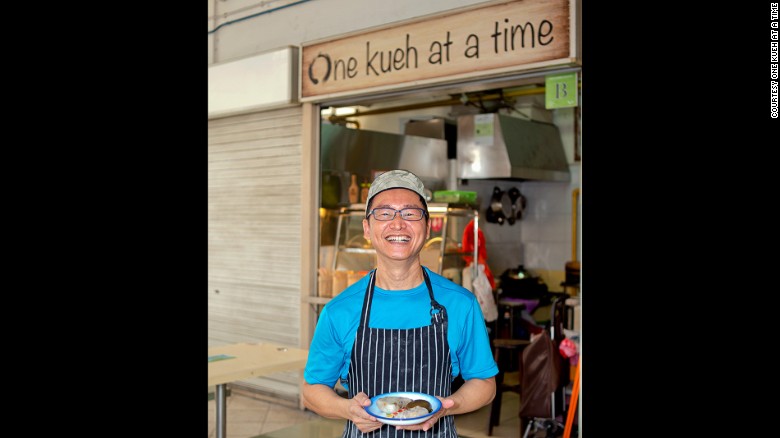 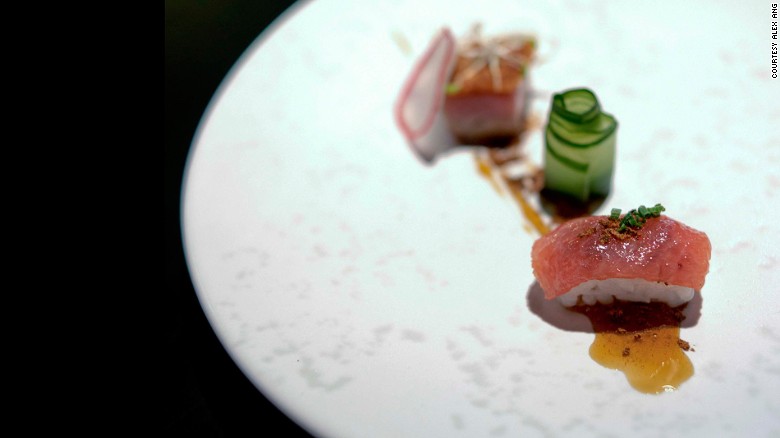 At Restaurant Labyrinth, chef-owner Han Liguang's char siew siew yoke rice (barbecued pork and roasted pork rice) is reinterpreted as char siew sauce-marinated otoro draped over torched rice with roast pork crackling.
At Jin Ji Braised Duck and Kway Chap stall in Smith Street Food Centre, 37-year-old Melvin Chew is helming the hawker stall that his parents founded when he was just five.
After his father passed away last year, Chew left his job as a garage technician to run the business full time.
He says he wakes up at 5 a.m. to reach his stall by 7 a.m. and doesn't leave until about 8 p.m.
Apart from selling traditional teochew-style kway chap (flat rice noodles in meat broth served with a selection of pig offal, braised duck and condiments), Chew has introduced a bento set to reach out to a younger generation of eaters.
The set bundles the stall's traditional offerings with newly introduced soft-centered eggs and a choice of yam rice bowl or kway chap.
"We've more than a 30-year history selling kway chap," says Chew.
"Even though being a hawker is hard work — just think of all the pig intestines and stomachs I have to wash daily — and involves long hours, I want my parents' legacy to live on."
Creativity meets tradition 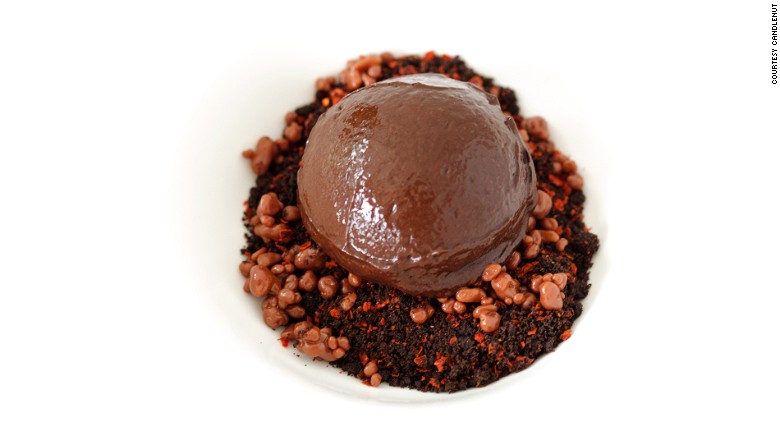