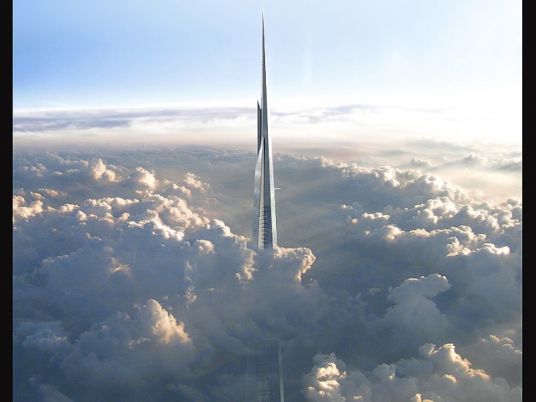 Dubai, long champion of all things biggest, longest and most expensive, will soon have some competition from neighboring Saudi Arabia.
Dubai's iconic Burj Khalifa, the world's tallest building, could be stripped of its Guinness title if Saudi Arabia succeeds in its plans to construct the even larger Jeddah Tower — a prospect looking more likely as funds for the $1.23 billion project have been secured.
A Saudi government press release on Sunday said Jeddah Economic Company and Saudi Arabia's Alinma Investment had signed a financing deal for 8.4 billion Saudi riyals (or $2.2 billion) to build Jeddah City, including the sky-piercing tower.
The project is currently built up to the 26th floor, it added. The 3,280-feet (1 kilometer) skyscraper is scheduled for completion in 2020. The Burj Khalifa, by comparison, stands at a meeker 2,716 feet, or 827 meters.
"With this deal, we will reach new, as yet unheard of highs in real estate development, and will fulfill the company's objective of creating a world-class urban center that offers an advanced lifestyle, so that Jeddah may have a new iconic landmark that attracts people from all walks of society with comprehensive services and a multitude of uses," said Mounib Hammoud, Chief Executive Officer of Jeddah Economic Company.
An architectural feat

Previously dubbed Kingdom Tower, the building will boast 200 floors and overlook the Red Sea. Constructing it will require about 5.7 million square feet of concrete and 80,000 tons of steel, according to the Saudi Gazette.
Building a structure that tall, particularly on the coast, where saltwater could potentially damage it, is no easy feat. The foundations, which will be 200 feet (60 meters) deep, need to be able to withstand the saltwater of the nearby ocean. As a result, Advanced Construction Technology Services will test the strength of different concretes.
Wind load is another issue for buildings of this magnitude. To counter this challenge, the tower will change shape regularly.
"Because it changes shape every few floors, the wind loads go round the building and won't be as extreme as on a really solid block," Gordon Gill explained to Construction Weekly. Gill is a partner at Adrian Smith + Gordon Gill Architecture, the design architects for the project.
Delivering the concrete to higher floors will also be a challenge. Possibly, engineers could use similar methods to those employed when building the Burj Khalifa; 6 million cubic feet of concrete was pushed through a single pump, usually at night when temperatures were low enough to ensure that it would set.
Though ambitious, building the Kingdom Tower should be feasible, according to Sang Dae Kim, the director of the Council on Tall Buildings.
"At this point in time we can build a tower that is one kilometer, maybe two kilometers. Any higher than that and we will have to do a lot of homework," he told Construction Weekly.