Facebook Twitter LinkedIn
What present do you buy a man who has been in a coma for more than 30 years?
That's the question the family of former France international Jean-Pierre Adams, whose life was brutally turned upside down in 1982, asks itself every year on key anniversaries.
Thirty-three years ago the beefy footballer, then 34, walked into a Lyon hospital for some routine surgery to correct a troublesome knee.
By the time he left, he would never talk, walk or move any of his limbs again. 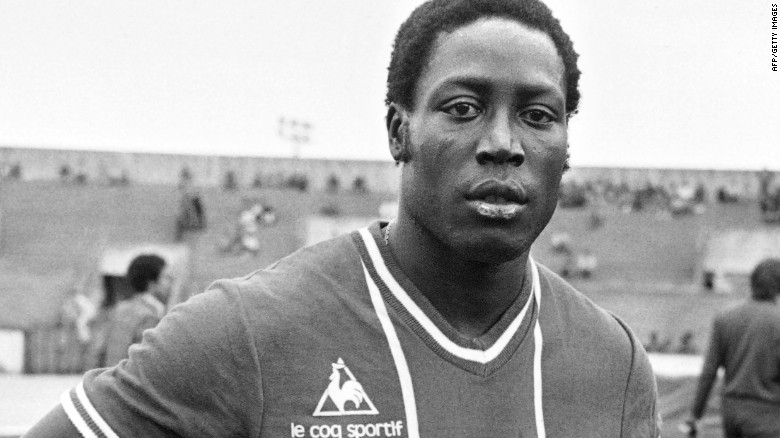 He went into the coma on March 17, 1982 after a routine operation went wrong.
His wife Bernadette has tended to him ever since, barely missing a day's care over the last three decades.
"No one ever forgets to give Jean-Pierre presents, whether it's his birthday, Christmas or Father's Day," Bernadette told CNN.
The 67-year-old can breathe on his own, without the assistance of a machine, and has his own room, where he spends most of the day in the type of modified bed normally found in a hospital.
"We buy presents like a T-shirt or a jumper because I dress him in his bed — he changes clothes every day," his wife explains at the family home near Nîmes, in the south of France, where Bernadette cares for Jean-Pierre.
"I'll buy things so that he can have a nice room, such as pretty sheets, or some scent. He used to wear Paco Rabanne but his favorite one stopped so now I buy Sauvage by Dior."
Jean-Pierre's disastrous surgery reduced a flamboyant character, who had risen from humble beginnings in Senegal, to one who has been in a persistent vegetative state ever since.
A France international player in the 1970s, Jean-Pierre is now incapable of nearly all voluntary movement but can digest food as well as open and close his eyes.
Bernadette looks after her husband with an unfailing love — dressing, feeding and bathing him, turning him over in his bed to avoid sores, and often losing her own sleep to ensure he gets his.
It's a measure of their bond that on the rare occasions Bernadette spends a night away from home, Jean-Pierre's carers notice his mood seems to change.
"He senses that it is not me feeding him and looking after him," says his wife of 46 years. "It's the nurses who tell me, saying he is not the same.
"I think he feels things. He must recognise the sound of my voice as well."
The period of enlightenment
Jean-Pierre and Bernadette may have been born in Senegal and France respectively, but their lives started to converge in the mid-1950s.
That was when Jean-Pierre's grandmother took him to Europe on a religious pilgrimage, enrolling the 10-year-old at a school in France as she did so.
Soon adopted by a local French couple, his African existence rapidly started to disappear behind him.
It was in the late 1960s, that Jean-Pierre, then an amateur footballer, met Bernadette at a dance. 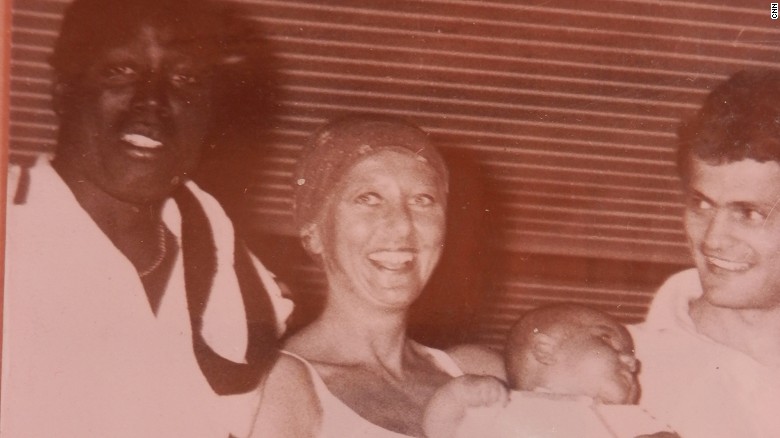 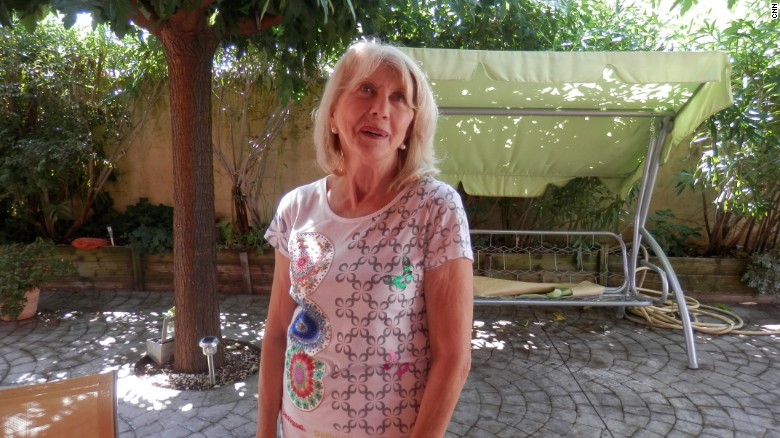 Bernadette has looked after her husband for the past 33 years. "It's difficult because it's true that I am no longer young," she says."He'll die without being looked after. If I don't do it, who will?";
"Jean-Pierre was someone very appealing and deserved help. He is still alive and that is amazing."
He's also made to feel as much part of family life as possible, with his room adjoining the house's focal point, the kitchen-cum-living room.
"I talk to him all the time — about TV, what's in the mail, anything!" Bernadette says. "There is always movement around him. He is always next to us."
When I ask whether she ever imagines conversations the pair might have had, the 72-year-old Bernadette momentarily chokes up — a brief insight into the true cost of the accident for a proud and serene woman.
"I don't know," she replied. "It's difficult to say. I say he doesn't understand my words but there might be moments when he has a flash. Perhaps for an instant, just an instant, he understands something."
It's unlikely though.
Grey hairs
Jean-Pierre's brain was so starved of oxygen he suffered catastrophic brain damage, making the prospect of recovery very slim.
"The more time that passes, the more bothered I get," she says. "His condition does not get any worse, so who knows? If one day, medical science evolves, then why not? Will there be a day when they'll know how to do something for him? I don't know."
While she relentlessly hopes there is, she continues to preserve both his legacy and dignity.
She told me long before our meeting that no pictures of Jean-Pierre would be allowed and when I asked if I could photograph the entrance to his room, the answer was Bernadette pushing the door shut — gently but firmly.
But she happily introduces me to Jean-Pierre, who in March will turn 68, but he still looks very youthful — with just a light sprinkle of grey hairs. He was sleeping, I was told, even though his eyes were open.
On his bed was a bright bedspread, a present from many years back, and in the corner a small TV.
At one point after he had woken up, Bernadette briefly left the room.
I stood there awkwardly — all notions of explaining how I once lived in Senegal pushed to one side as such inane conversation seemed so glib I fell into silence instead.
With Jean-Pierre's eyes unable to follow, I felt invisible and, given his situation, both sad and angry.
"The hospital has never apologized," Bernadette had said just minutes earlier.
Future conditional
Jean-Pierre's wife is troubled at present. By the future.
"Imagine if I die before him, then what would become of him?" she asks.
"He'll die without being looked after. He needs me to be able to eat, to meet his primary needs. If I don't do it, who will?"
When I ask whether her sons — Laurent and Frédéric, who were 11 and four respectively at the time of the accident could help — she revealed that she was desperate to spare them such a fate.
Had she ever considered euthanasia for Jean-Pierre?
"What do you want me to do — deprive him of food? Let him die little by little? No, no, no," she railed.
ThIrty three years ago as Bernadette drove to Lyon that was also a question that haunted her, terrified she would be asked to agree to switch off the life support machine Jean-Pierre was then on.
"I try not to think about the accident every day but I have no choice," says Bernadette, who is grandmother of three. "Every time I look at him, it is present in my head."
In the mid 1990s, when the court adjudicated on the case, both the anesthetist and trainee were given what would appear to be relatively light punishments: a one-month suspended sentence and a fine that translates to some 750 Euros ($815) today.
Decades on, the Adams family are still paying a far heavier price.
Tags
Bernadette Adams coma footballer france Jean-Pierre Adams Love story Lyon hospital

Egypt plans to increase cultivated area with wheat to 7.5 million feddans in 2023