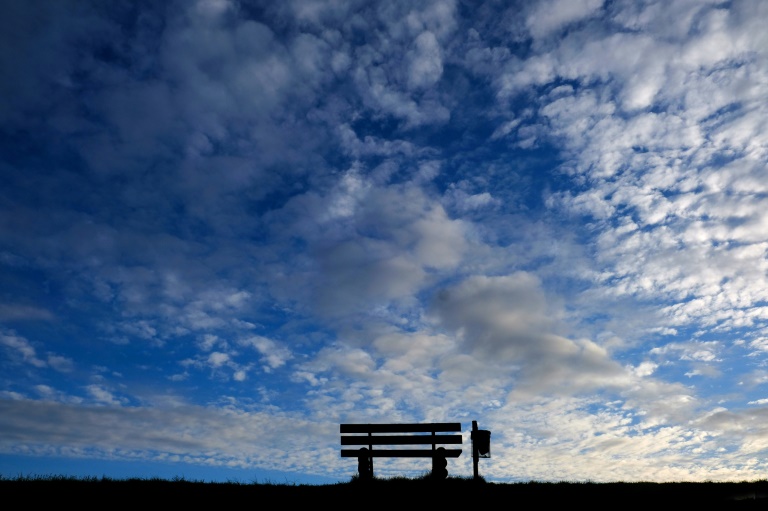 Deaths, economic meltdown and a planet on lockdown: the coronavirus pandemic has brought us waves of bad news, but squint and you might just see a few bright spots.

From better hygiene that has reduced other infectious diseases to people reaching out as they self-isolate, here are some slivers of silver linings during a bleak moment.

The message from health professionals has been clear from the start of the outbreak: wash your hands.

Everyone from celebrities to politicians has had a go at demonstrating correct technique — including singing “Happy Birthday” twice through to make sure you scrub long enough, and hand sanitizer has flown off the shelves.

All that extra hygiene appears to be paying off, at least in some countries, including Japan, where the number of flu cases appears to be sharply down.

Japan recorded 7.21 million cases by early March — usually around the peak of the flu season that runs until May.

That was far below figures for previous years, including the 21.04 million infections seen during the 2017/18 season.

“We estimate that one of the reasons behind it is that people are now much more aware about the need to wash hands… given the spread of the new coronavirus,” Japanese health ministry official Daisha Inoue told AFP.

Factory shutdowns, travel bans and a squeeze on demand spell economic disaster, but it isn’t all bad news for the environment.

In the four weeks to March 1, China’s CO2 emissions fell 200 million tonnes, or 25 percent, compared to the same period last year, according to the Centre for Research on Energy and Clean Air.

That’s a decline equivalent to annual CO2 emissions from Argentina, Egypt or Vietnam.

The slowdown in China also saw coal consumption at power plants there down 36 percent, and the use of oil at refineries drop by nearly as much.

Air travel is also grinding to a virtual halt, achieving at least a short-term drop-off in emissions from a highly polluting industry.

And there have been other environmental benefits, including crystal-clear waters in Venice canals usually choked with tourist-laden boats.

Unfortunately, experts say the cleaner air may be short-lived.

Once the health crisis is over, experts expect countries will double down to try to make up for lost time, with climate change concerns likely to be sidelined in a race to recover economic growth.

The source of the coronavirus remains in question, but early tracking focused on a market in China’s Wuhan where a variety of live wildlife was on sale for consumption.

A number of animals, including bats and the highly endangered pangolin, have been identified as possible culprits for the virus.

As a result, China in February declared an immediate and “comprehensive” ban on the trade and consumption of wild animals that was welcomed by environmentalists.

Beijing implemented similar measures following the SARS outbreak in the early 2000s, but the trade and consumption of wild animals, including bats and snakes, made a comeback.

This time the ban is permanent, raising hopes that it could end the local trade in wildlife.

“I do think the government has seen the toll it takes on national economy and society is much bigger than the benefit that wild-eating business brings,” said Jeff He, China director at the International Fund for Animal Welfare.

Reports linking the virus to the pangolin have also scared off would-be consumers of the scaly mammals elsewhere, with bushmeat vendors in Gabon reporting a plunge in sales.

One of the most difficult aspects of the stringent lockdowns imposed to slow the spread of the virus has been loneliness, with families and friends forced to endure weeks or even months apart.

But some people have found the measures are creating a sense of community spirit, and prompting them to make more of an effort to check in with family and reconnect with friends.

In Colombia, where a nearly three-week period of self-isolation is now in place, 43-year-old Andrea Uribe has organized everything from group exercise classes to family talent shows using video messaging programmes including Zoom.

“I have called my parents more often, I have talked to friends that I usually don’t talk to… I have organized Zoom meetings with friends in multiple countries,” Uribe, who works in development, told AFP.

“It is wonderful to be forced to be there for one another. It has made me more creative. It just shows that we need to be present in people’s lives.”

Image: Patrik Stollarz/AFP/File / Patrik Stollarz An empty bench silhouettes against the evening sky in Emden, northern Germany, as many activities slowed down or came to a halt to fight the spread of the novel coronavirus

The world after coronavirus

China to lift lockdown in most of virus-hit Hubei province