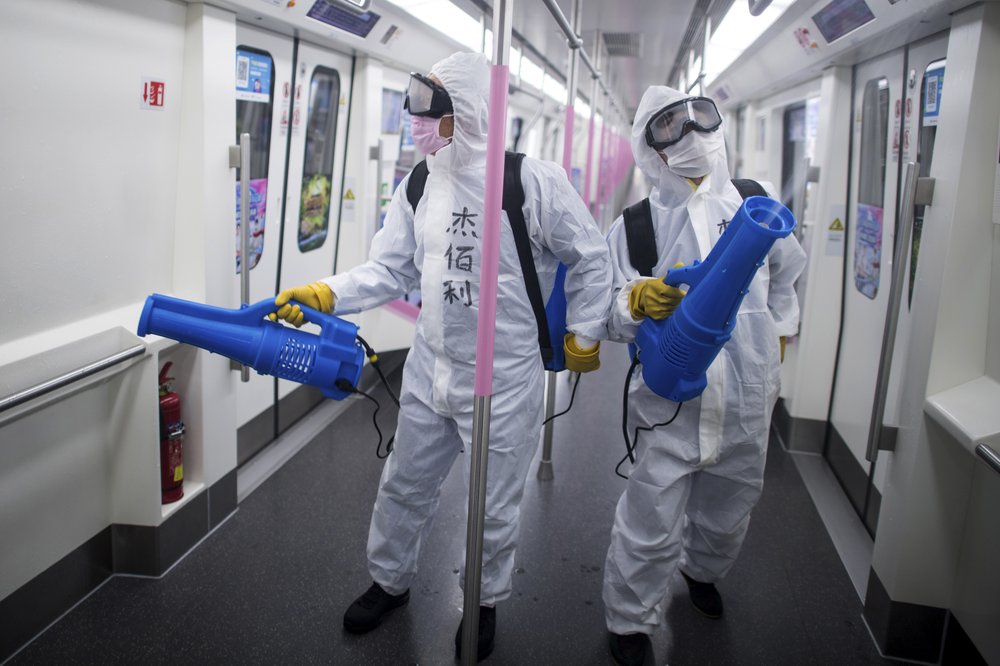 BEIJING (AP) — Chinese authorities said Tuesday they will end a two-month lockdown of most of coronavirus-hit Hubei province at midnight, as domestic cases of the virus continue to subside.

People with a clean bill of health will be allowed to leave, the provincial government said. The city of Wuhan, where the outbreak started in late December, will remain locked down until April 8.

China barred people from leaving or entering Wuhan starting Jan. 23 in a surprise middle-of-the-night announcement and expanded it to most of the province in succeeding days. Train service and flights were canceled and checkpoints set up on roads into the central province.

The drastic steps came as the coronavirus began spreading to the rest of China and overseas during the Lunar New Year holiday, when many Chinese travel.

The virus raged for weeks in Wuhan, the provincial capital, and surrounding cities. Hospitals overflowed, and temporary ones were hastily set up to try to isolate the growing number of infected patients.

The outbreak gradually was brought under control, and Hubei has seen almost no new infections for more than a week.

The move to end the lockdown shows the authorities’ apparent faith in the success of the drastic measures in much of China. After barring people from leaving or entering Wuhan, authorities swiftly expanded what at the time were unprecedented measures to most of Hubei, with its tens of millions of residents, as well as many other parts of the country of 1.4 billion people.

It remains unclear, however, whether other cities and provinces, such as Beijing, the capital, will allow people leaving Hubei to enter their jurisdictions, and quarantine rules are expected to remain in place for those traveling outside their local areas.

Officials have now largely turned their attention to the threat of the virus returning from abroad, with almost all new cases being recorded among passengers traveling in from overseas. Beijing, Shanghai and other major cities have ordered mandatory 14-day quarantines for all returnees, mainly in hotels and other government-designated locations where those staying must pay their own way. Exceptions are allowed in some cases, including for those living alone, who must quarantine themselves at home.

Determined to slam the door on the crisis, starting Wednesday, Beijing will also require everyone arriving from overseas to be tested for the coronavirus in addition to being quarantined.

In a notice published online Tuesday, Beijing city authorities said those who have entered the capital within the last 14 days will also undergo mandatory testing.

At the same time, the government is pushing efforts to kick-start the world’s second-largest economy and put money in the pockets of workers who have gone weeks without salaries. While most of Beijing’s world-famous tourist sites remain closed, the city zoo and parts of the Great Wall are again accepting visitors by appointment, and some restaurants were reopening for business on the condition that customers do not sit facing each other.

The government says work has restarted on about 90% of major public construction projects across the country, excluding Hubei. While many migrant workers remain trapped by travel bans, industrial production has also restarted, including in the crucial auto manufacturing industry, which is largely based in Wuhan, and in businesses that provide critical links in global supply chains.

At the Xibei restaurant inside a mall in eastern Beijing’s Shuangjing neighborhood, a line had formed at around 11 a.m. Tuesday for the lunch opening, although managers said they expected to serve only around 140 customers, down from the usual daily number of 900 before the virus outbreak.

Half of the establishment’s 20 tables had “closed” signs on them to help keep the distance between customers, while food delivery workers rushed in and out with orders of grilled beef and lamb, noodles, pancakes and other northern Chinese dishes.

One customer, who gave only his surname, Liu, said he had only been out to eat seven or eight times since returning to Beijing on Feb. 2 after the Lunar New Year holiday.

“I feel like Beijing’s overall situation is now relatively good,” said Liu, who works for an engineering firm. “Since the risk of getting infected is quite low, I feel there won’t be problems for us to go out.”

However, people abroad where the virus is still spreading need to get used to curtailing their outside social activities, Liu said. “It’s very important. … People in other countries should pay particular attention to this,” he said.

Wu Lin, who works in cosmetics, was dining out for the first time since restrictions were imposed because of the outbreak.

“Since (the restaurant) can open at the moment, I believe their prevention and control is fairly good,” Wu said. “For example, they check the temperature of every customer and staffer. It gives us a sense of safety.”

Image: In this March 23, 2020 photo released by Xinhua News Agency, workers disinfect a subway train in preparation for the restoration of public transport in Wuhan, in central China’s Hubei province. China’s health ministry says Wuhan has now gone several consecutive days without a new infection, showing the effectiveness of draconian travel restrictions that are slowly being relaxed around the country. (Xiao Yijiu/Xinhua via AP)

China's virus strategy: a model for the world?