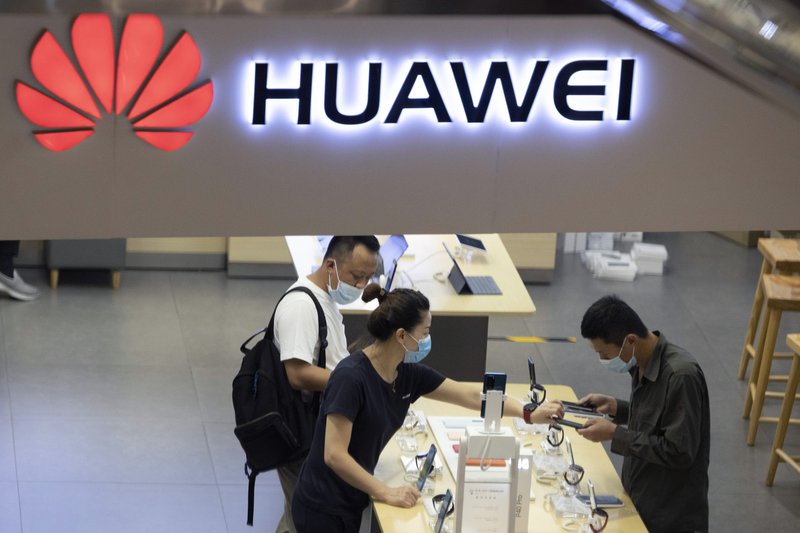 BEIJING (AP) — China accused Washington of damaging global trade with sanctions that threaten to cripple tech giant Huawei and said Tuesday it will protect Chinese companies but gave no indication of possible retaliation.

Rules confirmed Monday by the Commerce Department block suppliers from using U.S. technology to produce processor chips and other components for Huawei. The company, China’s first global tech competitor, is the biggest supplier of switching equipment for phone companies and a leading smartphone brand.

Huawei Technologies Ltd. is at the center of a worsening row between Washington and Beijing over technology and security. US officials say Huawei is a security risk, which the company denies, and are lobbying European and other allies to avoid its technology as they upgrade to next-generation networks.

The conflict has spread to include Chinese-owned short video app TikTok and messaging service WeChat, which the US government has declared security risks that might give personal information about American users to Chinese authorities. The Trump administration is pressing TikTok’s owner to sell it and has ordered American companies to stop dealing with WeChat.

Beijing will “take necessary measures to safeguard the legitimate rights and interests of Chinese companies,” Zhao said. Chinese officials frequently use that phrase during trade disputes but it often has been followed by no official action.

Huawei declined to comment on the latest US action.

The president of its consumer unit, Richard Yu, said this month Huawei is running out of processor chips for its smartphones. Huawei designs its own chips but Yu said production of the most advanced, the Kirin series, would stop Sept. 15 because the company relies on outside manufacturers that use American technology.

Huawei removed US-supplied components from its main products following earlier sanctions that blocked access to American technology. This week’s sanctions extends those controls to Asian and European components if their manufacturing process uses US technology, which is common.

Earlier US sanctions block Huawei from loading Google’s popular music and other services onto its smartphones. That has hurt their ability to compete in markets outside China.

Huawei passed Samsung and Apple to become the biggest-selling smartphone brand for the first time in the three months ending in June thanks to strong sales in China’s populous market, according to Canalys. Sales abroad fell 27 percent from a year earlier.

Huawei, founded in 1987 by a former military engineer, denies accusations it might facilitate Chinese spying. Chinese officials accuse Washington of using national security as an excuse to stop a competitor to US tech industries.

“The more hysterical the US suppression of Huawei and other Chinese companies, the more it proves the success of these companies and the hypocrisy and arrogance of the United States,” said Zhao, the foreign ministry spokesman.

“We urge the United States to immediately correct its mistakes, stop slandering China and stop suppressing Chinese companies,” he said. “The Chinese government will continue to take necessary measures to safeguard the legitimate rights and interests of Chinese companies.”

Vendors including Taiwan Semiconductor Manufacturing Corp., the biggest contract chip producer, have been scrutinizing their supply and manufacturing lines since the latest U.S. restrictions were proposed in May.

Huawei is one of the biggest customers of US and other suppliers of chips and components. They stand to lose billions of dollars in potential sales.

Nicole Peng of industry research firm Canalys said vendors she contacted Tuesday were still examining their supply lines and whether they could do business with Huawei. She said some rely on the Chinese company for up to half their sales.

“I would guess many are really worried,” said Peng. “In general, there is a lot of uncertainty, and they need time to respond.”

Image: FILE – In this July 15, 2020, file photo, visitors wearing masks to curb the spread of the coronavirus look at the latest products at a Huawei store in Beijing. China accused Washington of damaging global trade with sanctions that threaten to cripple tech giant Huawei and said Tuesday it will protect Chinese companies but gave no indication of possible retaliation. (AP Photo/Ng Han Guan, File)