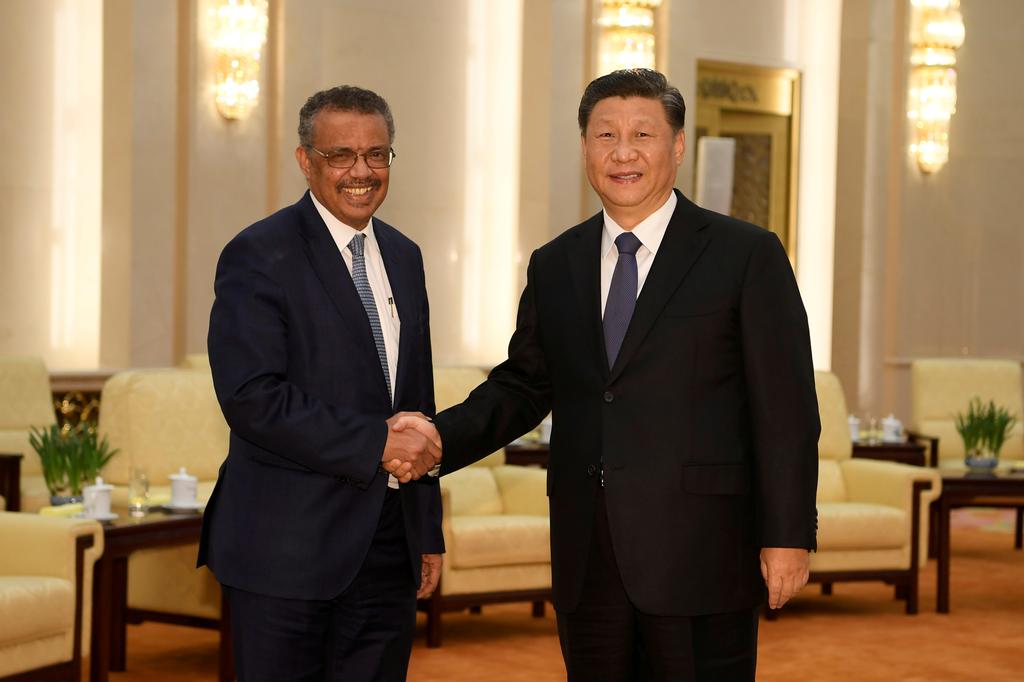 GENEVA (Reuters) – China’s president called on Monday for an independent review of the global response to the coronavirus pandemic under the World Health Organization once the virus is under control, and defended Beijing’s own handling of the pandemic.

In a video message to a virtual meeting of the WHO’s decision-making body, the World Health Assembly, President Xi Jinping also pledged two billion dollars over two years to help with the COVID-19 response.

During the two-day meeting, health ministers from around the world are expected to back calls for an independent evaluation of the WHO’s performance, criticism of which has been led by US President Donald Trump.

The meeting could also be dominated by tension between China and the United States, which fiercely criticized Beijing’s response in the early stages of the pandemic.

Calling the pandemic “the most serious global public health emergency since the end of World War Two”, Xi said: “All along we have acted with openness and transparency and responsibility.

“We have turned the tide on the virus,” he said.

The World Health Assembly is expected to discuss a resolution being presented by the European Union that calls for an independent evaluation of the WHO’s performance under its director-general, Tedros Adhanom Ghebreyesus.

Names on a draft resolution seen by Reuters showed support from 116 of the 194 countries in the WHO.

UN Secretary-General Antonio Guterres called the WHO “irreplaceable” and said it needed greater resources to provide support for developing countries.

Swiss President Simonetta Sommaruga pledged her country’s “full support and cooperation” to Tedros as the WHO coordinates the global response to the coronavirus pandemic, which has killed more than 300,000 people worldwide.

The WHO and most experts say the virus is believed to have emerged in a market selling wildlife in the central city of Wuhan late last year. US Secretary of State Mike Pompeo said this month there is “a significant amount of evidence” the virus came from a laboratory in Wuhan, a charge China rejects.

Additional reporting by Cate Cadell in Beijing and Kirsty Needham in Sydney; Writing by Timothy Heritage; Editing by Alison Williams

WHO to kick off international meet amid US-China tensions

US-China war of words clouds WHO meet focused on pandemic

Why is Taiwan excluded from the WHO?