The much-celebrated scene of protesters creating a human shield around the Egyptian Museum in Cairo in the early days of the revolution is still fresh in our minds. People fought for many things, among which is safeguarding their cultural heritage. Still, numerous storerooms and archaeological sites across the country like Establ Antar, Al-Lisht, and Al-Hibeh continue to be looted. The most recent case was in Qubbet Effendina, a cemetery of Khedive Tawfik in Eastern Cairo, from which two historic kiswas of Kaaba were stolen in March.

Reinstating security seems like the most imperative solution. But, much of the problem is also due to the lack of proper documentation of millions of objects scattered in museums and storehouses around the country, making it difficult to identify and trace stolen artifacts.

Although register books of artifacts do exist in museums and storerooms, a proper and unified computerized registration system has never been established by antiquities authorities. Such a system would save much effort and time because, besides protection and security problems, Egypt suffers from a real gap in the documentation of its invaluable ancient artifacts.

Even the country’s most prestigious museum overlooking Tahrir Square has a long way to go. Since 2007, the Registration and Collection Management Department of the Egyptian Museum has been creating a database of the museum’s vast collection.

“The database is useful in that we now have records for almost all registered museum objects. Unfortunately, we still do not know the objects' specific locations [in the museum’s galleries],” says Yasmine al-Shazly, head of the museum’s documentation department. “It will take years for us to properly inventory the entire museum.”

Once the inventory work is completed, it would be very easy to determine if anything is missing from a vitrine just by running a search by location, she adds.

While similar efforts to develop internal records are being undertaken in other museums, another list has been recently drawn up to help. Since March of last year, the International Council of Museums (ICOM), an organization founded in France in 1946 to foster cooperation among museums worldwide and protect the world’s natural and cultural heritage, has spearheaded an initiative to create the Emergency Red List of Egyptian Cultural Objects at Risk. The list was publicized in early February, on the occasion of the inauguration of the National Museum of Civilization in Old Cairo.

But unlike lists of specific collections, the Red List is meant to highlight the types of artifacts most exposed to theft.

“The Red Lists are practical tools intended for police and customs officials, as well as art and heritage professionals. They help identify the categories of goods most frequently subjected to smuggling and illicit trading, and contribute significantly to the seizure and return of objects,” explains Juliens Aufruns, Director General of ICOM.

Since 2000, the ICOM has developed ten Red Lists for “vulnerable areas of the world,” including Afghanistan, Peru, Columbia, China, and of course Iraq with the massive lootings in the aftermath of the US invasion in 2003. By disseminating the lists widely, some stolen objects have been recovered. In January 2006, an Iraqi foundation nail was identified during an auction in Paris; and in 2004 and 2005, French customs officials seized more than 6,000 stolen Nigerien artifacts, eventually returning them to Niger.

“[For Egypt], a Red List should not contain iconic objects like the Mask of Tutankhamun, for instance, since anybody would be able to identify that,” says Shazly. “They are not lists of stolen objects; but lists of types of artifacts that are popular on the market.”

The idea first came up in March 2011. The ICOM organized an official visit to Cairo, where they met museum directors to assess risks with the loose security situation, explains Aufruns. It was then decided that an Emergency Red List of Egyptian Cultural Objects at Risk would be drafted in order to raise national and international awareness on the types of cultural objects, protected by national legislation, that were most at risk.

The Egyptian red list catalogues tens of different categories of artifacts such as statues, vessels, daily life objects, textiles and manuscripts spanning from the Predynastic, Pharaonic and Nubian era to Greco-Roman, Coptic, and Islamic periods. It also briefly lists Egyptian legislation related to antiquities and gives tips to police and custom officials on how to deal with a suspected illicit traffic of antiquities case.

“We tried to cover the majority of objects that were stolen in the post-revolutionary period as well as those items that are highly prized on the antiquities market,” says Salima Ikram, Professor of Egyptology at the American University in Cairo and one of the Egyptologists who participated in creating the list.

Many international institutions from Egypt, US, France, Belgium and Spain participated in creating the list. Contributors included Egyptologists, museum curators and historians.

Shazly from the Egyptian Museum's documentation department also worked on developing the list. “I believe that an Emergency Red List had to be produced for Egypt because, although we have a list of missing objects for the Egyptian Museum, such lists could not be produced for other sites, where many unregistered objects have been smuggled. Customs officials need something to help them identify an object that may have been smuggled from Egypt,” she told Egypt Independent.

This list should help law enforcement agencies worldwide to identify ancient Egyptian artifacts and stop their smuggling. Right now, Egyptian artifacts are more at risk than they ever have been despite the hard work of the Ministry of Antiquities, says Ikram.

So, whereas restoring security on Egyptian streets still seems distant, archaeologists and heritage workers are joining their efforts to help protect the country’s diverse cultural heritage.

The Emergency Red List of Egyptian Cultural Objects at Risk can be downloaded here. 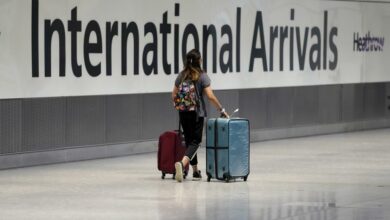