Trouble is brewing on the European gas market. In the wake of a long, cold winter, natural gas reservoirs are unusually low and should, in principle, be refilled very quickly. Russia’s state-owned corporation Gazprom could increase supplies.

The market leader, however, has not done that, despite prices recently reaching a 13-year high. In turn, there is growing concern across Europe that there may be insufficient gas supplies for the upcoming winter.

No additional transit through Ukraine

Gazprom has not booked any additional gas transit through Ukraine in July, although deliveries of Russian natural gas to the EU will drop by more than two billion cubic meters this month.

Due to scheduled maintenance, the two remaining transportation routes to Germany will be temporarily discontinued. The Yamal pipeline across Belarus and Poland was shut down this week, and the much larger Nord Stream pipeline through the Baltic Sea will be closed between July 13 and July 23. 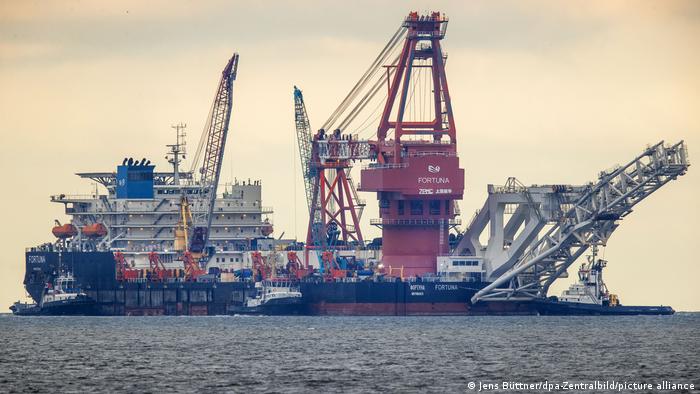 “It appears Gazprom not only optimizes price and quantity, but that it would rather exert pressure in order to ensure completion of the Nord Stream 2 pipeline,” Joachim Endress, head of the Berlin-based consulting firm Ganexo, observes in his second-quarter 2021 Gas Market Report.

Gazprom insists that it fulfills all its obligations.

“Long-term contracts are the basis of our business in Europe. We strictly fulfill our customers’ orders, and we book transit capacities accordingly, not vice versa,” the corporation’s press department told DW.

Gazprom’s fulfillment of its contractual obligations has not been challenged. The question remains why the corporation was not — despite high demand and prices — increasing its supplies to Europe and what exactly it was doing to fulfill those obligations, Heiko Lohmann, a Berlin-based independent gas market expert, told DW.

“What’s notable, and this is really something new, is that Gazprom obviously fulfills its contracts by taking significantly more gas than usual from reservoirs in Europe and, possibly, even by purchasing trading quantities on the European market. At least, that’s what I hear from dealers,” Lohmann said.

As a result of this approach, Gazprom’s two most important reservoirs in Europe — the first, the largest in the EU, in the northwestern German town of Rehden, the other, in the western Austrian town of Haidach — were almost totally depleted at the beginning of summer, and replenishment has only just begun. “This is utterly unusual for Gazprom and calls for political interpretation,” the expert said.

No secure supply without Russia

Such interpretation can be found rather easily in official Russian media. State news agency Novosti offered the following explanation for the strategy and tactics of the state-owned Russian gas corporation: “During the assessment of any move by the corporation on the European market one should always bear in mind one crucial fact: Gazprom must finish construction of the Nord Stream 2 pipeline.” 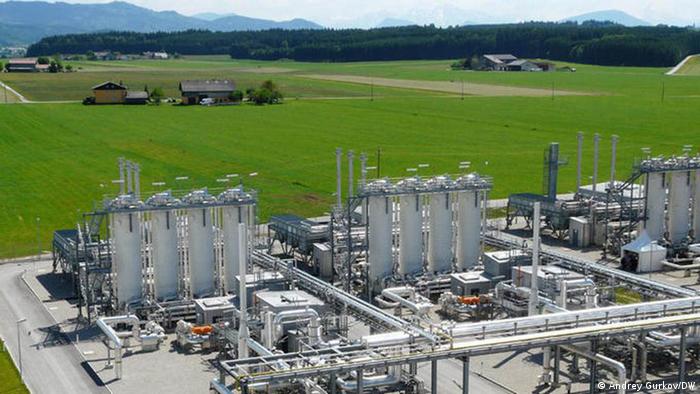 The Novosti article straightforwardly recognizes that “Russia withholds its supplies” and not just with the aim of replenishing both corporation and public coffers. “The second — and no less important — aim is to accustom our Western partners to the obvious idea: guaranteeing their own security of supply is only possible in close partnership with Russia.”

It appears, at the moment, that Europe will, via Ukraine, only receive as much gas as stipulated in the Russian-Ukrainian five-year transit contract concluded at the end of 2019. For Gazprom, it makes no sense to provide less as the booked quantity must be paid completely either way. The corporation, however, also doesn’t want to book additional capacities at a much higher charge.

Political pressure from Moscow in favor of Nord Stream 2?

The contract, however, stipulates that during the first year, 2020, transit quantities should amount to 65 billion cubic meters, but that they are reduced thereafter, in 2021 to 2024, to 40 billion cubic meters annually, since Gazprom assumed at the time of signing that construction of Nord Stream 2 would be completed — which was thwarted by US sanctions. 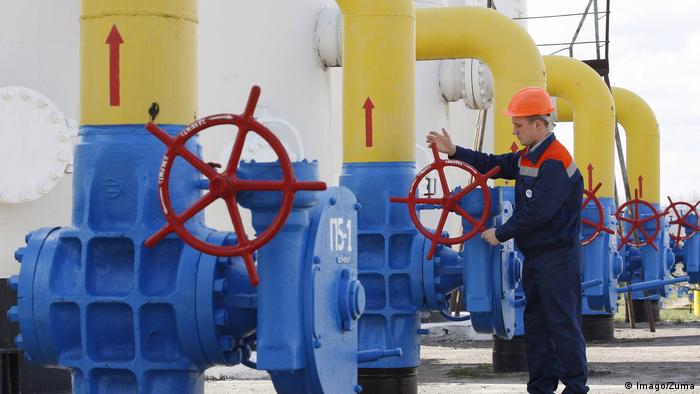 A gas-compressor station in Boyarka, near Kyiv: Ukraine is a key transit country for gas supplies to Western Europe

This is what brings about the current situation: Europe receives, via Ukraine, significantly less gas than it likely will need. At the same time, Gazprom fulfills its contractual obligations by letting its European reservoirs run dry, and the corporation can afford itself extended maintenance service to both its pipelines into the EU.

Ultimately, all this could lead to a situation in which, at some point in autumn perhaps, Russia’s state-owned corporation tells the Europeans to choose between two alternatives: Either grant an operating license for Nord Stream 2 — construction of which will probably have been completed by then — with its capacity of 55 billion cubic meters very quickly, or face major gas supply problems during the winter as reservoirs are still half empty, and the Russian energy giant can choose not to increase gas deliveries through Ukraine.

Also at stake: the role of natural gas in decarbonization

This scenario is supported by the fact that, during an auction on July 5, Gazprom did not want to book additional transit capacities in either Ukraine or Poland for one year in advance, arguing that this could still be done on a monthly or quarterly basis. This seems to be another clear signal that, from autumn 2021, the Russian state-owned corporation plans to service increased gas demand in Europe exclusively through its own new pipeline in the Baltic Sea. 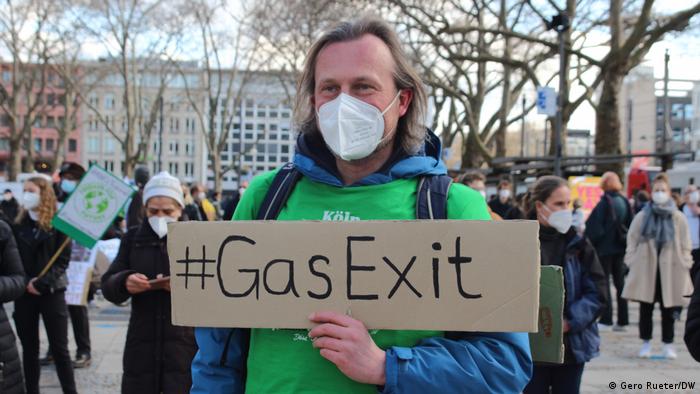 A protester at a Fridays for Future demonstration in Cologne, Germany

For the time being, Heiko Lohmann, who has said, “It would be much more comfortable for Europe to have this pipeline,” does not believe that such an obvious attempt at blackmailing Europe is possible.

“Thus far, Gazprom has never really exerted pressure on its Western European buyer countries — at least, it has never become known,” he said. “If a precedent happened now, for the first time, this would have devastating consequences for Gazprom in the political debate.”

For if Gazprom actually began “to exert overt pressure” in autumn, this would enormously fuel an already heated debate in Europe about the short-, medium- and long-term role of gas within the framework of decarbonization and strengthen the position of all those who champion a much quicker withdrawal from using natural gas, Lohmann told DW.

Initially, though, Europe would have a serious supply problem.