Human rights organizations that will monitor the Egyptian parliamentary elections next week face several major setbacks. While the threat of violence is perhaps the most obvious one, others are less visible but just as severe.

The first setback is in the process of obtaining permits to monitor the elections. The High Elections Commission (HEC), in theory, is the highest body overseeing the race. Most permit-seeking human rights groups have by-passed the National Council for Human Rights–due to the latter’s lack of impartiality and antipathy towards human rights organizations–choosing instead to interact directly with HEC. At the same time, HEC’s practices have become increasingly worrisome. It has taken no position on ongoing abuses, including the arrest of some candidates and their supporters and violations of HEC rules governing elections by several ministers and candidates. It has also ignored the Ministry of Information’s formation of a McCarthyite committee that encroaches on HEC authority and is vetting the conscience of media workers and journalists to muzzle any skepticism about the integrity of the elections.

While HEC has condemned the Muslim Brotherhood’s campaign slogan “Islam is the solution,” it has remained completely silent about ruling National Democratic Party (NDP) ministers and candidates who use mosques for their campaigns. HEC said nothing when district security offices prevented human rights observers from monitoring the filing of candidate lists, which terminated a couple of weeks ago, and detained some candidates for several hours.

Although the HEC set 7 November as the deadline for human rights groups to submit applications to monitor elections, it set no date for the issuance of permits. Given past experiences with HEC during the Shura Council elections five months ago, this ambiguity is cause for concern. Some organizations received no permits at all to monitor the Shura vote, while others received far fewer than they had applied for. Permits were only issued late night on the eve of the elections, making it impossible to send them to monitors outside Cairo. Some groups that obtained permission on time were still unable to do their job because security officers prohibited them from entering polling stations.

The conditions HEC has set for monitors are also worrisome. For example, HEC mandates that monitors be impartial, but how can the commission, with its limited resources, evaluate thousands of monitors for bias? Or is it planning to outsource the job to the security apparatus?

The reality is that HEC not only has limited legal authority and human resources, it is also unable to force compliance with what few prerogatives it has. The law places the most significant legal authority over elections in the hands of the Interior Ministry, including the preparation of voter rolls, the drawing of electoral districts, the acceptance or rejection of candidates, and the appointment and management of some quarter of a million civil servants to staff polling stations and to count the ballots.

The second major predicament for human rights groups concerns the availability of accurate information. This is in part linked to HEC, which is supposedly the primary source for basic information on anything related to elections. But a quick visit to HEC’s website reveals what a deplorable state the commission is in. There is no alternative source for information save the few statements issued by the HEC spokesperson to the media, which seldom appear on the website. They are often premature and at times contradict statements by the HEC chair.

The situation is exacerbated by the behind-the-scenes tussle over authority between HEC and the Interior Ministry, which has thus far prevented the commission from announcing the final list of approved candidates. The hang-up appears to stem from disagreements within HEC over Administrative Court rulings in favor of candidates–from across the political spectrum– who were disqualified by district security offices or the NDP itself (in the case of its own party members). The discrepancy between statements issued by the HEC chair and its spokesperson may reflect a difference of opinion between the minority of HEC members who were appointed by dint of their positions, such as the chair, and the majority (7 out of 11) who were appointed by the NDP through its overwhelming majority in the two houses of parliament.

In this context, it's possible that the final candidate list will be released at the very last minute. This would have grave ramifications for the printing of ballots, which must include the names of all approved candidates in each district, and the election process as a whole, including the role of monitors.

The third major problem for monitors concerns restrictions that have been placed on the press, which in turn further limit their access to information. The regime launched a quiet coup in October that restructured TV and print media and placed enormous restrictions on the free flow of information. This means that election monitors will do their job in the dark.

Moreover, the media blackout over the past seven weeks has meant that human rights groups’ election reports and activities are receiving insufficient or no coverage. In some cases, news about election monitors has been completely toned down, except when it involves criticism of the Muslim Brotherhood. Some human rights workers have been blacklisted from live TV broadcasts, and smear campaigns have already begun targeting human rights groups to pre-emptively dismiss their credibility before the elections (for example, by suggesting these groups represent foreign donors).

Given these major setbacks, one can imagine the daily challenges facing organizations that have pledged to monitor the elections on 28 November. The setbacks will potentially have huge consequences on the morale of field monitors, who must also cope with the potential for violence from security forces and candidate supporters.

Bahey el-din Hassan is the director of the Cairo Institute for Human Rights Studies. His column appears every Monday. 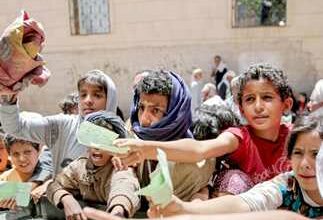