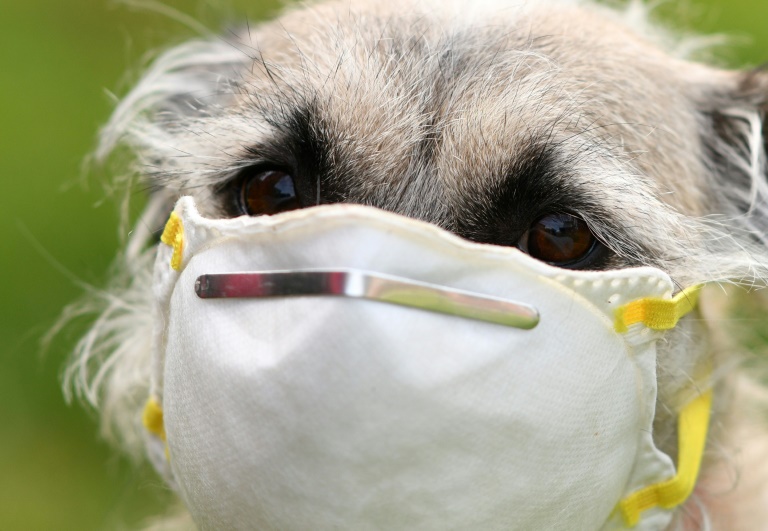 Can dogs detect COVID-19? A British charity believes so, and has begun training canines to sniff out the coronavirus following previous screening success with various illnesses.

In its training room in Milton Keynes, in central England, the dogs are being intensively trained to sniff out samples of the virus, and indicate when they have found it to receive a treat.

The approach is based on a belief that each disease triggers a distinct odor, which canines are uniquely well-placed to smell.

The charity has previously worked with its dogs to detect cancers, Parkinson’s disease and bacterial infections using samples taken from patients.

“We believe dogs can detect COVID-19 and will be able to screen hundreds of people very, very rapidly so we know who needs to be tested and isolated,” Claire Guest, founder and chief executive of Medical Detection Dogs, told AFP.

“We have evidence that dogs can detect bacterias and other diseases, so we believe that taking this project forward will make a huge difference to the ability to control COVID-19 spread.”

Guest is working with the London School of Hygiene and Tropical Medicine (LSHTM) and Durham University in northeast England — the same team that recently collaborated to show dogs can be trained to detect malaria.

He added there was “a very high chance” that they would be able to detect COVID-19 in a similar way and potentially “revolutionize our response” to the disease.

The team is aiming to train the dogs over a six-week period to help provide the “rapid, non-invasive diagnosis” tool.

Canines can also detect subtle changes in skin temperature, potentially making them useful in determining if a person has a fever.

If successful, the four-legged detection devices could be deployed at airports to identify people carrying the virus, according to Steve Lindsay from Durham University.

The number of coronavirus cases around the world has now soared to 1,246,840, according to the latest figures Wednesday compiled by AFP from official sources.

The number of actual infections is believed to be higher since many countries are only testing severe cases or patients requiring hospitalization.

Image: AFP / Chris DELMAS Canines can detect subtle changes in skin temperature, potentially making them useful in determining if a person has a fever

No evidence that pet animals can spread coronavirus: Study

In virus-stricken Wuhan, animal lovers break into homes to save pets