With 20 million inhabitants, Cairo is a megalopolis whose urban design raises countless questions. Because of this reality, Al-Masry Al-Youm has decided to run a series of articles, “Redrawing Cairo." The series addresses urban planning and potential solutions to issues such as traffic, informal neighborhoods and satellite cities in Africa's most populated city.

Cairo’s increasing population and congestion crises have remained the focus of urban planners for over 30 years, since the impacts of extreme urban density became obvious in the early 1970s.

In order to decentralize Cairo's growing population, investors began looking into the desert in search of land distribution solutions, a search that culminated in Egypt’s New Towns Program. Launched in 1977 and codified under Law 59/1979, this program was implemented by the New Urban Communities Authority (NUCA) of the Ministry of Housing, Utilities and Urban Development.

The new desert towns put forward by the program were envisioned as self-sufficient communities that would ultimately attract a significant portion of the population of ordinary Egyptians. Today, there are eight desert cities scattered around greater Cairo, including New Cairo, 6th of October City and Sheikh Zeyad.

However, as of a 2006 population census, these cities had absorbed only 3.7 percent of the Cairo's population. While some experts say the figure has now risen to around 5 percent, the results are still far from encouraging.

These statistics have, in fact, fueled ongoing debate amongst the most skeptical urban planners, who have been keeping a close eye on the continuous expansion of desert cities.

“[Desert cities] were intended to do what they haven’t, and that is absorb Cairo’s population,” states David Sims, an urban development specialist with 30 years of experience in the developing world, who authored “Understanding Cairo: The Logic of a City Out of Control”.

“The primary goal was to avoid urban expansion in formal Cairo by diverting the majority of people away from informal housing. But a continued objectification of the average Egyptian by investors, and their refusal to address the economic reality of these people, has resulted in the inability to lure the average person away from the Nile,” he adds.

Various reasons have contributed to the desert cities’ inability to absorb the majority of the growing population.

Desert cities have long been the target of public housing programs, which were endorsed by the government to provide subsidized housing for those with limited incomes. However, insufficient market research and arbitrary methods of unit distribution, combined with waiting lists of between five and ten years, have resulted in the creation of a type of housing that is detached from the socioeconomic needs of the specific families they were supposed to house.

Partly to blame are regulations that prohibit the inclusion of retail shops, services or offices into the communities, thus neglecting Cairo’s informal business sector, which generates at least 40 percent of the city's jobs.

“Cairo’s lower classes live on specialized models that are largely based on informal economies,” states Amir Gohar, an urban planner and designer who is internationally experienced in working with informal settlements and private sector firms.

“Investors fail to recreate the social patterns that these people are conditioned to live in. So even when you provide the shelter, the livelihood is not only discouraging, but for many, impossible to sustain.”

One specific example, provided by Gohar, involves a motorcycle driver who made his living by collecting broken power extension cables from his community and reselling the individual parts back to the factories at wholesale prices – an occupation that would become impossible if the family relocated.

“Investors then claim that these informal economies should be against the law,” Gohar continues. “But we are the ones making the laws, so maybe we need to revisit our line of thinking and our definitions of the Egyptian economy.”

The other key issue preventing the desert cities from attracting sizeable portions of Cairo’s population is the lack of sound transportation for public use.

Over the years, microbuses and work buses have established various routes to and from desert cities, but a proper inter-city infrastructure has yet to be implemented. Therefore, the large distances traversed to access the desert cities, and travel within them, has made it more necessary to own or at least have access to a private car.

“Considering that only around 11 percent of Egyptians own a private car, why would most Egyptians want to move tens of kilometers into the desert?” asks Sims. “What is important to note about Cairo [proper] is its relatively small and compact size, area-wise, which enables lower socioeconomic classes to traverse the city quite easily.”

Various proposals for improving inter-city transpotation have been put forward; however, considering the slow rate of construction on Cairo's third metro line, and the high cost of many of the proposals put forward, no workable solution appears likely anytime soon.

In addition, population density regulations in desert communities have resulted in the construction of large and expensive housing that is unaffordable to most, even if financing were available.

These regulations, combined with the need for a private car, have resulted in many of Cairo’s desert cities establishing themselves as gated communities for upper socioeconomic classes, who obviously do not comprise the majority of the Egyptian people.

However, statistics show that a large percentage of housing units remain on the market inside these wealthy gated communities, and many of those that have been purchased remain uninhabited.

“Somewhere along the line, the goals of decentralizing Cairo’s population switched to addressing the needs and living standards of the wrong category of settlers,” states Gohar.

This switch in market focus has resulted in large portions of Cairo’s desert cities being groomed for private investment, rather than efficient housing solutions.

“Objectively, there is nothing wrong with private investments for large properties,” continues Gohar. “But if the initial purpose was to absorb Cairo’s population, various regulations need to be placed on these investments – such as high taxes on unused apartments, or purchasing schemes that require a proportion of investors' money to be directed into desert city communities that will attract the population.”

These shortcomings in the planning of Cairo’s desert cities have prompted many urban planners to ask whether there is any hope of the strategy of relocation to the desert achieving its key goals.

Surveying the history of the desert relocation strategy, Sims explains that “most people suspect that the reason for new towns and other desert projects is to add to speculative frontiers, replenish the land resources for state patronage, and continue to create conditions for profitable private schemes.”

While many are aware that there are problems with the methodology, most suggestions for improvement seem to be more of the same.

“We need to address the issues created by the enormous amounts of land that have already been allocated or sold, rather than planning on how to release and allocate yet more land,” says Sims.

Others explain that the urban planning community in Cairo, particularly with regard to desert cities, is suffering from a lack of competency and innovation, and that a refurbishment of the current development processes will need to be qualitatively and quantitatively implemented.

“Now that we are freeing ourselves from 30 years of Mubarak's presidency, we need to implement new systems of development,” adds Gohar.

“This will require an honest cycle of awareness, knowledge, training and implementation, and feedback/post-occupancy assessments. Unless there is an agreement among the government, investors and urban planners to install such a system honestly, desert city projects should expect to yield more of the same results,” he says. 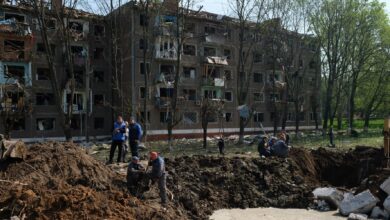 Kramatorsk reels from first Russian airstrike in a month 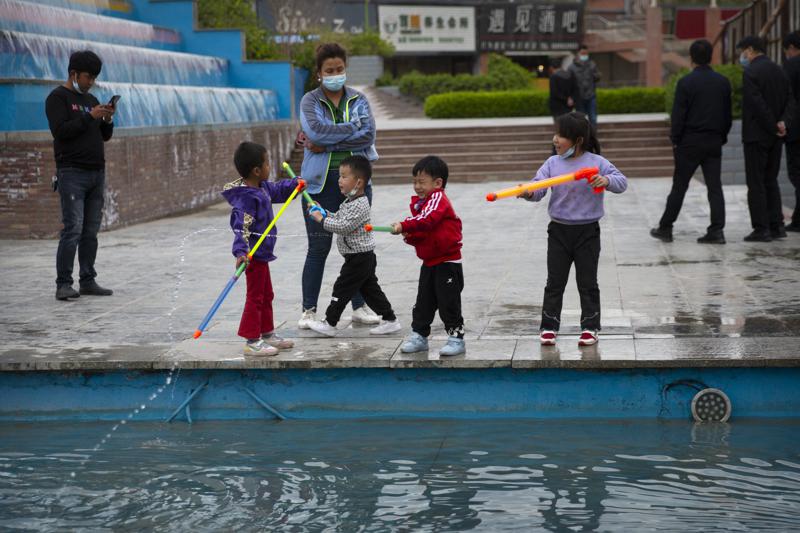