People with disabilities in Egypt have a difficult time every day. From the unpaved roads to the lack of accessibility in most buildings, they have difficulty performing the simplest tasks such as walking in a street or moving within a building. However, people with disabilities face a bigger problem: integration into society as they are always viewed in Egypt as outsiders. They have trouble participating in the workforce even if they are mentally capable, as many companies either don’t hire them or their facilities aren’t accessible to them.

However, one initiative is working to change that. Cairo Runners, one of the most reputable running societies in Egypt, will be hosting the first ever Paralympic marathon in Egypt as part of its next marathon event on February 23 . The day will begin in Cairo Festival City mall and, in addition to the 3-kilometer Paralympic marathon, will host four marathons covering 42 kilometers for the first time for Cairo Runners.

“We wanted to shed light on the sense of equality, to show that we can be different in a good way,” Cairo Runners PR and Media Head Mai Abu Dawood told Egypt Independent. “That is why we chose to include our first Paralympic marathon as part of a wider event, not as a separate one.”

However, Abu Dawood also said organizing such a marathon is no walk in the park, since Egypt is not a wheelchair-friendly environment, “The Paralympic marathon is extremely difficult to organize, which is why we were reluctant to do it in the past years. There are a lot of technical things such as the road where the marathon will take place and the time of the marathon to avoid any road blockage that we had to take into consideration. We have chosen New Cairo since it has some of the best roads in Cairo, still one must worry.”

Cairo Runners began in December 2012 with one run after the president of the organization saw the concept abroad. “The first run had 70 people,” Abu Dawood said, adding “the last half marathon included 8000 people so we hope this is also a beginning of a more inclusive environment for people with disabilities in Egypt.”

The registration link can be found on the Cairo Runners’ Facebook Page and the registration number can be picked up in ALEF bookstores. Happy running! 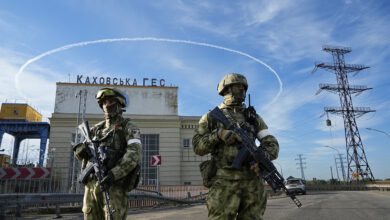