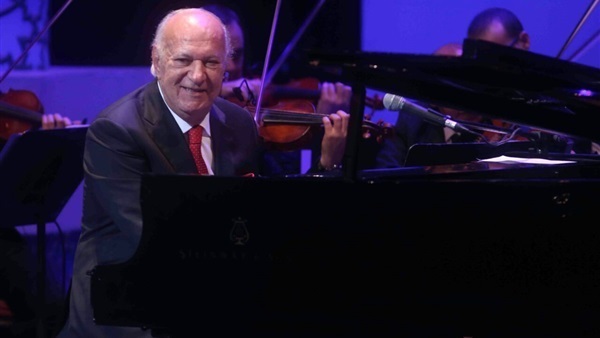 A Facebook post from the Cairo Opera House said that these selections of the famed Egyptian composer come as part of Sham al-Nassim celebrations.

As part of its “Stay home..Culture in your hands” initiative, the Culture Ministry’s Youtube channel and social media accounts will host concerts and performances from the Cairo Opera House to keep people entertained during the lockdown and curfew imposed to fight the coronavirus.

Khairat is also the founder and conductor of the Omar Khairat Band.

Born in Cairo, Khairat was brought up in a family of musicians. His uncle, Abou-Bakr Khairat, is the great Egyptian composer of classical music, part of the first generation of such composers in Egypt.

An architect by profession, Abou-Bakr Khairat studied privately in Paris and founded the Cairo Conservatoire, which is regarded as the premier music conservatory in Egypt.

Omar Khairat entered the observatory in 1959, studied piano with Italian Maestro Vincenzo Carro, and took courses in music theory and composition at Trinity College in England.

Khairat, whose music is said to bridge the divide between contemporary Egyptian and Western genres, has composed a number of works, including The Magic Perfumes (1989) and Arabic Rhapsody (1992).

His compositions have been featured in various movies and TV shows and he has performed at the Cairo Opera House a number of times.