Facebook Twitter LinkedIn
The color of the Cairo sky has, in the past few decades, turned dark due to a black cloud that has formed from unprecedented pollution rates coming from car exhausts and a high concentration of lead in the air. This represents a direct threat to health.
Add to this the visible pollution resulting from random urbanization and a drop in green spaces, all in the absence of relevant government bodies, particularly the Civilization Coordination Authority.
Air with the tase of lead
You cannot see the sky from the high rise buildings of the narrow streets near Ramses Square, one of three main squares in the city center. The area was built in the second half of the 19th century when Khedive Ismail brought architects from France and Italy to develop it.
The exhaust coming out of the cars and buses forms a gray cloud in the horizon. The lead concentration in the air in this place is twice the allowable limit, according to the Environment Ministry, while the recorded thoracic particles inhaled are three times the allowable limit.
This applies to other parts of the capital as well. When you see Cairo from Google Earth, you will find that the once yellow color of the surrounding desert has turned gray and the once green color of the fields has turned red from the brick houses built on them.
A report from the Population Studies Center in Washington, issued in 2006, says that the per capita green space in Cairo is as little as 6 cm and the population density is 35,000 people per square kilometer, which is four times the rate in other major capitals of the world.
Cairo's population was estimated at 20.9 million inhabitants in 2012 and is expected to reach 22.9 million by 2017.
An official from the Civilization Coordination Authority, speaking on condition of anonymity, said the role of the Authority is to provide consultations and proposals to the local administration bodies if they request it, but they usually do not.
Although it was established in 2001 by presidential decree, the Authority still has no board of directors.

The Environmental Hazard Mitigation Center suffers from administrative pollution
You need three written approvals from the Health Ministry to interview an official of the Environmental Hazard Mitigation Center, which takes more than three days.
Wafa Shalaby, the former director of the center, says the Health Ministry is banning the officials of the center from giving press statements or even providing scientific advice.
“The government lost a good chance to oversee the reduction of pollution in the Middle East by ignoring this center,” she says. “This is now done by Jordan.”
The center was originally formed to provide analyses of hazards from factories, monitor water pollution from industrial wastewater and measure rates of inhaled particles, dust, gases, pesticides and toxins. It was to receive information from 200 monitoring stations in Egypt.
The Civilization Coordination Authority: A complete fail
The authority was formed in 2001 by presidential decree to improve the look of Egyptian cities, prevent the obstruction of the distinctive architectural character in historical buildings with random constructions and regulate how space is used, with regards to cohesion between green spaces, streets and sidewalks and architectural buildings.
Unfortunately, its role is also to provide suggestions and proposals if requested, which is not usually done.

The Cairo Cleaning and Beautification Authority: Achievements on paper
This administration was established in 1983. It has 15,000 employees. It has issued a report of its work and achievements since its formation. The report is printed luxuriously, but one look at it tells us the truth.
This administration is responsible for increasing the green spaces within the city with gardens and public parks for the public to enjoy for free. It is also responsible for cleaning the streets and the sidewalks.

Green areas in the United Arab Emirates
Green areas in the United Arab Emirates serve as a model of proper urban planning. Although the population there is much smaller than in Egypt, the reason it was chosen as a model is that it has transformed vast areas of desert into green parks. And because rain is scarce, they have devised an irrigation system for the parks that relies on sewage water desalination.
According to a report issued by the Dubai Press Club in 2000, the average per capita green space in Dubai was increased from 20 square meters in 2000 to 48.5 square meters in 2015.
The director of the gardens and landscaping department of Dubai says the UAE used to attract about three million visitors a year. Now, it receives 30 million every year, which he attributes in part to investments in establishing public parks and gardens.
He says the budget for parks and city beautification projects exceeds 60 million dirhams per year and aims to convert 8 percent of the city's total planned area into green spaces. 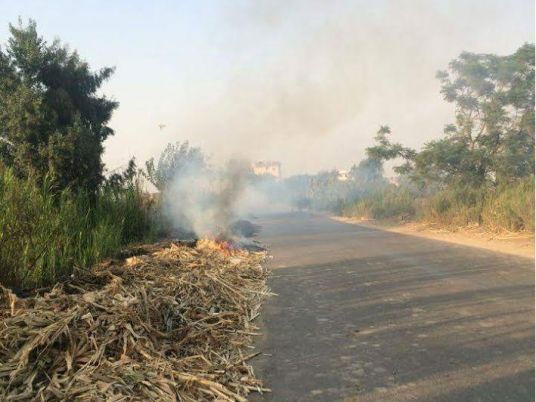 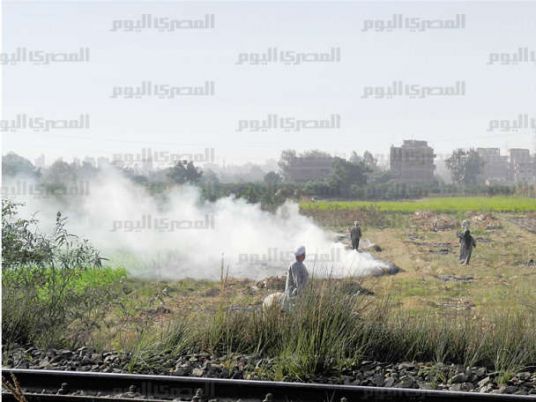