The Cairo Administrative Court ordered the government Saturday to ban YouTube and all other websites that showed the anti-Islam film “innocence of Muslims" for one month.

The court ordered the prime minister, the minister of communications and the National Telecom Regulatory Authority to enforce the verdict immediately. However, the government can apeal the verdict.

The ruling came after lawyer Mohamed Hamid Salem filed a lawsuit last month, alleging that the US-produced film that mocks Prophet Mohamed was a "Zionist plot" and a "dirty war against Muslims and Islam."

Google has refused to remove the film from YouTube despite international pressure, although the company blocked the trailer in Egypt, Libya and other Muslim countries. The Pakistani government banned YouTube last September over the film.

The film sparked an upsurge of anger among some Muslims, including violent protests against American embassies and institutions in Egypt and Tunisia. Four people, including the US ambassador to Libya, were killed in an attack on the US Consulate in Benghazi, though it is unclear how closely the attacked was linked to the protests.

Two months after the protests, the Cairo Criminal Court sentenced seven Copts tried in absentia to death for participating in making the movie. Last month, the court announced that the grand mufti had approved the death penalty for the filmmakers. 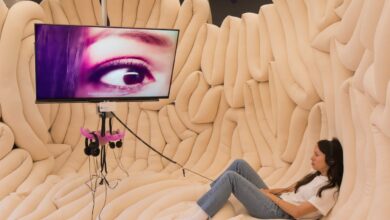 Experiencing the tingling taboo of ASMR in real life