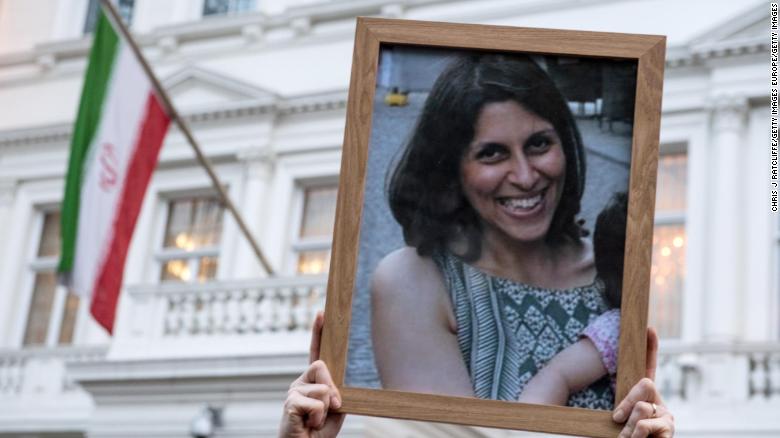 (CNN) A British-Iranian mother and charity worker Nazain Zaghari-Ratcliffe could face an additional year in an Iranian prison as new charges are filed against her, her lawyer has said.

Zaghari-Ratcliffe, who was detained at Tehran airport in April 2016 and jailed on espionage charges, is currently under house arrest, after being moved from prison during the coronavirus pandemic.

The charity worker, who has consistently protested her innocence, is now approaching the end of the original five-year sentence.

Speaking to CNN on Sunday, her lawyer Mahmoud Behzadi described the new charges as “propaganda against the ruling establishment.”

“She was supposed to be taken from her house to the Revolutionary Court [Sunday] and an ankle monitor device was to be attached,” Behzadi said.

In a statement released on Tuesday, he said: “It has become increasingly clear the past months that Nazanin is a hostage.”

Echoing these words, the British lawmaker Tulip Siddiq tweeted Sunday: “She is relieved, frustrated, stressed and angry. Once again she’s being treated like a bargaining chip.”

The UK’s Foreign Office said in a statement earlier this week that Iran’s decision to bring new charges against her were “indefensible and unacceptable,” adding that “she must not be returned to prison.”

Zaghari-Ratcliffe is under “semi-house arrest” and can only walk in a 300-meter radius, her lawyer said.

CNN’s Sarah Dean and Schams Elwazer contributed to this report

Photo: A photo of British-Iranian charity worker Nazanin Zaghari-Ratcliffe is held up during a vigil outside the Iranian Embassy in London, England on January 16, 2017.