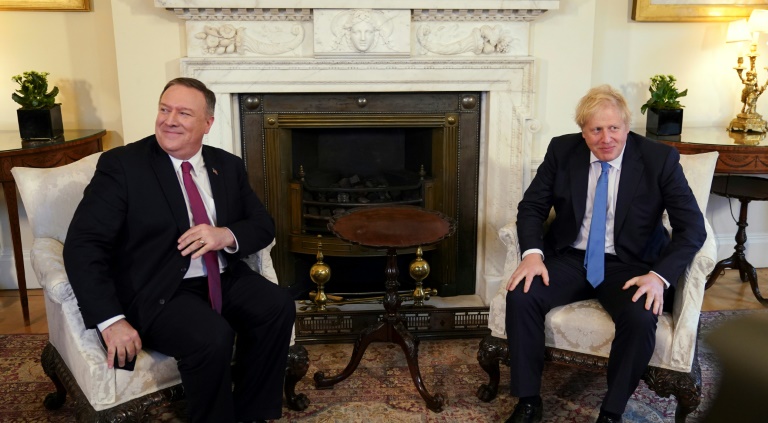 LONDON (Reuters) — The United Kingdom leaves the European Union on Friday for an uncertain Brexit future, the most significant change to its place in the world since the loss of empire and a blow to 70 years of efforts to forge European unity from the ruins of war.

The country will slip away an hour before midnight from the club it joined in 1973, moving into the no man’s land of a transition period that preserves membership in all but name until the end of this year.

At a stroke, the EU will be deprived of 15% of its economy, its biggest military spender and the world’s international financial capital of London. The divorce will shape the fate of the United Kingdom — and determine its wealth — for generations to come.

“This is the moment when the dawn breaks and the curtain goes up on a new act,” Prime Minister Boris Johnson will say in a television address, though he has given few clues about his post-Brexit plans beyond inspirational words.

Beyond the symbolism of turning its back on 47 years of membership, little will actually change until the end of 2020, by which time Johnson has promised to strike a broad free trade agreement with the EU, the world’s biggest trading bloc.

For proponents, Brexit is a dream “independence day” for a United Kingdom escaping what they cast as a doomed German-dominated project that is failing its 500 million population.

Opponents believe Brexit is a folly that will weaken the West, torpedo what is left of the United Kingdom’s global clout, undermine its economy and ultimately lead to a more insular and less cosmopolitan set of islands in the northern Atlantic.

Brexit was always about much than Europe.

The June 2016 Brexit referendum showed a divided and triggered soul-searching about everything from secession and immigration to empire and modern Britishness.

Such was the severity of the Brexit meltdown that allies and investors were left astonished by a country that was for decades touted as a confident pillar of Western political stability.

At home, Brexit has tested the bonds that bind together the United Kingdom: England and Wales voted to leave the bloc but Scotland and Northern Ireland voted to stay.

Scotland’s First Minister will use the moment to spell out her next steps towards holding a second independence referendum with a poll on Thursday suggesting a slim majority of Scots would now back a split because of Brexit.

So on “Brexit Day”, some will celebrate and some will weep — but many Britons will do neither. Many are simply happy that more than three years of tortuous political wrangling over the divorce are over.

“I did not vote for it and I did not want it to happen, but now I just want it over,” said Judith Miller, a resident of London. “I am tired, I have had enough, I am sick of it on the news and we are just going to have to deal with it.”

It is unclear how Brexit will play out for either the United Kingdom or the European Union.

Brexiteers hope ‘independence’ will herald democratic and economic reforms that will reshape the United Kingdom, propelling it ahead of its European rivals which they say are chained to the doomed euro.

Pro-EU supporters say the United Kingdom will atrophy and have little option but to move closer to U.S. President Donald Trump. The Times newspaper showed a cartoon of Johnson leaping out the EU frying pan into the fire of Trump’s orange hair.

“A New Dawn for Britain,” the Daily Mail said on its front page and the Sun’s headline was “Our Time Has Come”. The pro-EU Guardian had a different slant: “Small island,” its headline said, adding it was the biggest gamble in a generation.

Johnson will chair a cabinet meeting in Sunderland, the first city to declare support for leaving the EU in the June 2016 referendum. Brexiteers will celebrate on Parliament Square while some opponents of Brexit are also due to gather.

A Union Jack in the building of the European Council in Brussels will be lowered at 7 p.m. time (1800 GMT) on Friday, and put away with the flags of non-EU countries.

With sorrow, some support for Brexit and even hope of a return, Europeans from across the EU bade farewell.

Image: Secretary of State Mike Pompeo (left) has hailed the potential of a UK-US trade deal amid Britain’s exit from the European Union (POOL/AFP/KEVIN LAMARQUE)