When governments talk about how to reduce the risk of terrorism, the most oft-voiced policies are security-based: detecting and cracking down on extremist cells and targeting online propaganda.

But the reality is that a more effective way of reducing exposure to criminal groups seeking to achieve political ends through violence and fear is simply to make regular life more interesting.

“Idle hands are the devil’s workshop,” is often paraphrased from the Christian Bible and this is true: busy people with emotionally and intellectually fulfilled lives are much less likely to be recruited by angry terror groups, as opposed to bored restless youths with nothing to do.

So yes, maybe the best way to reduce terrorism in the modern world is to make life less boring on a day-to-day basis.

Such strategies are backed by science – old and new. Experiments headed by Canadian Nobel Prize candidate Sir Donald O. Hebb in the 1950s on mentally healthy people demonstrated how sensory deprivation – the ultimate extreme boredom – can cause subjects to lose perspective. Their thinking then becomes more distracted and illogical, including an increased belief in the fantastic and supernatural.

Move forward to 2016, and research from the UK’s King’s College London and the University of Limerick, in Ireland, concluded that boredom led to more extreme political positions being developed.

Researchers measured the political positions of a group of subjects – logging them on the spectrum from extreme left (and liberal) through moderate to extreme right (and conservative).

Some were then told to copy a book about mixing concrete (surely a dull task for anyone outside construction management). Afterwards, the researchers found that the new concrete experts had statistically measurable more extreme political opinions than the control group who had remained mentally stimulated.

Finally, after further interviews, the researchers concluded “the relatively extreme political orientations among those who are easily bored can be attributed to their enhanced search for meaning.”

In relatively developed societies, which guarantee shelter and nutrition for most of their inhabitants, this kind of extreme sensory deprivation is not experienced – however – life can still be dull for those without initiative or energy. There is enough drip-fed online entertainment to keep indolent emotionally immature youths indoors, away from face-to-face social interactions, so that they age slowly, often at home with their parents.

Such distractions will never cure boredom in a sustainable way – just as an aged grandfather may vegetate in a residential home staring at the television.

And while a weak aged man really has no other options, especially if he is immobile or suffering from dementia, a frustrated and bored young man or woman certainly might choose to turn their lives upside down and join a radical group. This is especially if they have been consuming a diet of warped internet-supplied messages with no real-life counterpoint to balance their life experience.

These people with empty lives are perfect vessels for manipulative political figures looking to fill minds with hate and anger, with so little life experience that they are prey to messages that perceived enemies are sub-human and worthy of death.

Terror group recruiters know this. They contact emotionally vulnerable youths and feed them fantasies about conspiracies, which make their targets feel more isolated, alienated, and angry.

They then introduce them online to other youths who feel the same way. Peer pressure then kicks in and an us-against-the-world zeitgeist takes over, forging bonds between bored distracted youths, who are then invited to participate in a radical, maybe violent, group.

Such techniques were used again and again, with success worldwide, by ISIS, for example.

Although such malcontent is indeed present around the world, its danger is worse in some regions than others. And, sadly, the Arab world is particularly prone to this problem, with cultures being riven by conservatism and masculine aggression, while simultaneously failing to offer dynamic work, social, and cultural opportunities that could channel the resulting energy effectively.

Around 63 percent of the Middle East population is under 30 years old, while unemployment rates are almost double the global average. With  some societies being authoritarian and not fully democratic, young people are often excluded from power and decision making. Even at the local level, Arab youths often feel unable to take practical action to deal with the challenges they face.

Such frustrations boiled over into the Arab Spring, but with the promises from these movements either being quashed or even wasted – as per the recent demonstrations in Tunisia over a weak economy in that country – the risk of radicalization is all too clear.

Obviously, these young people have free will and they bear a significant responsibility for pulling themselves from a pit of boredom into a sustainably interesting and thrilling life.

But governments could do a lot more. More popular participation in governance would help. And states should work much harder to eliminate youth unemployment.

Furthermore, the Arab world business community should create more training, apprenticeship, mentorship, and entrepreneurship opportunities for younger employees and commercial partners, rather than relying on established staff, contacts, and outdated models. Arab youths have potential, talent, and determination – businesses need to tap this energy and thrive.

So, Arab governments need to act and not waste their gift of a young population, especially when so many other societies are aging. By promoting a dynamic and inclusive society and economy, they will create opportunities for young people to realize their potential in a positive way.

The alternative is grim: a growing population of disaffected and disconnected youths, exposed to boredom and the risk of isolation and alienation, making them prey to malicious online actors who seek foot soldiers for their own extremist goals.

Hasan Abdullah Ismaik is the Chairman of the investment company Marya Group, a global multi-billion dollar investment headquartered in Abu Dhabi, the capital of the UAE. In 2018, Ismaik launched the STRATEGIECS Think Tank, a research center specialized in qualitative strategic studies related to political, economic, social, and demographic transformations in the Middle East. For more than twenty years, he has been dedicated to presenting his views via published Op-Eds on security, peace, and the future of stability in the Middle East and the world. 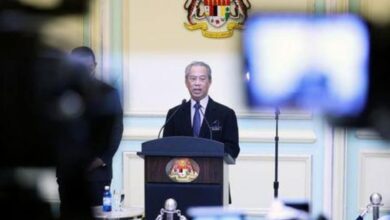