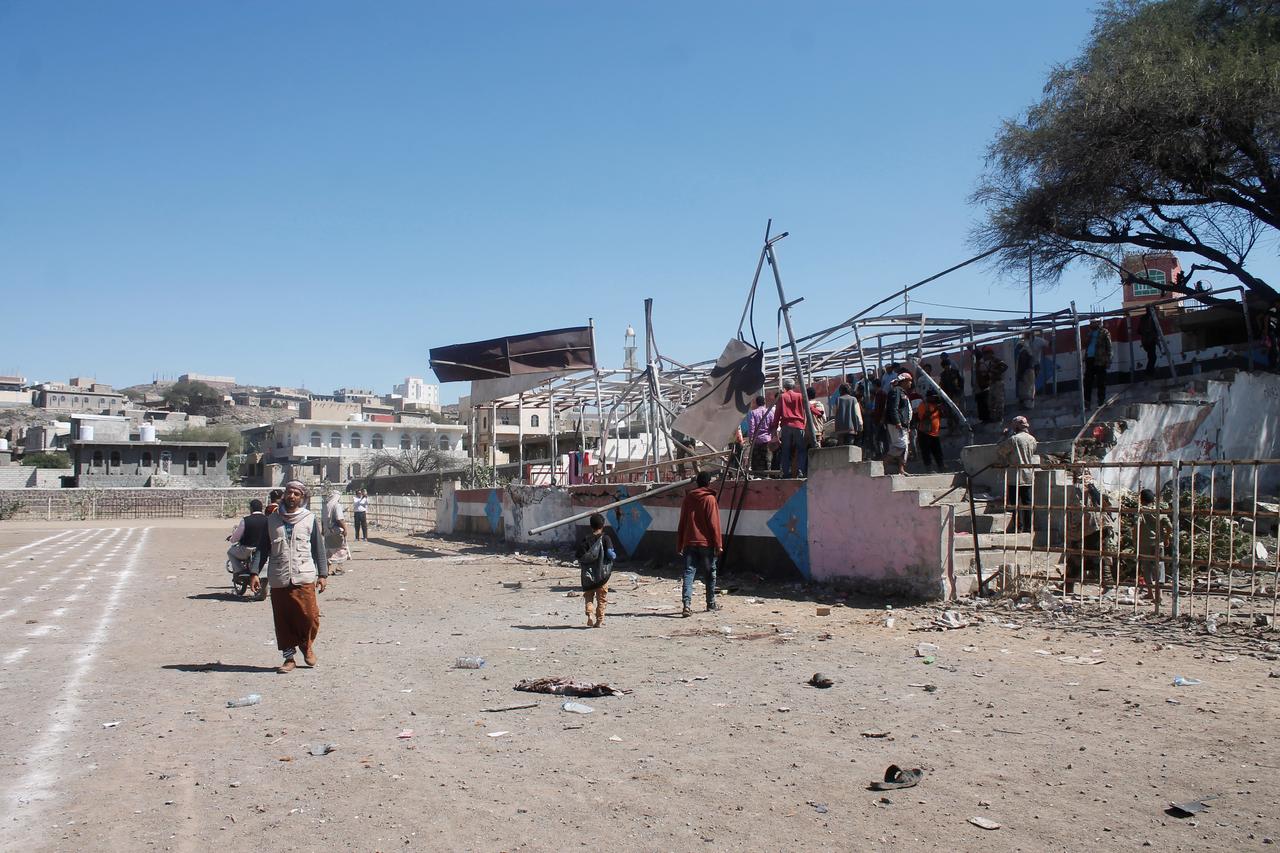 No claim of responsibility was made and Huthi media did not immediately comment on the blast or accusation.

The Security Belt forces are part of a southern separatist front in south Yemen. At the same time, they are backed by the United Arab Emirates in a fight against Yemen’s Iran-aligned Huthi group.

Witnesses told Reuters that a blast occurred near a guest platform during the parade and that many were injured or killed. They reported seeing bodies at the scene.

At least five people died and eight were injured, according to local health authority figures quoted by the Security Belt group and in a statement from the local media office of the forces which control al-Dhalea.

Yemen has suffered from almost five years of conflict since the Huthi movement ousted President Abd-Rabbu Mansour Hadi’s government in late 2014. The coup drew military intervention in 2015 by a Saudi-led coalition, which includes the UAE, trying to restore Hadi’s internationally recognized government.

The town of al-Dhalea is controlled by southern separatist forces. It lies on the main south-to-north road linking the southern port of Aden — controlled by Hadi’s government — to the Huthi-controled capital, Sanaa. A contested frontline runs across al-Dhalea province.

In August the Huthis claimed responsibility for a missile and drone attack on a parade in Aden, the seat of the internationally recognized government, killing around 36 people including a prominent commander.

Image: People gather at the scene of a blast which struck a military graduation parade in the town of al-Dhalea, Yemen December 29, 2019. REUTERS/Stringer