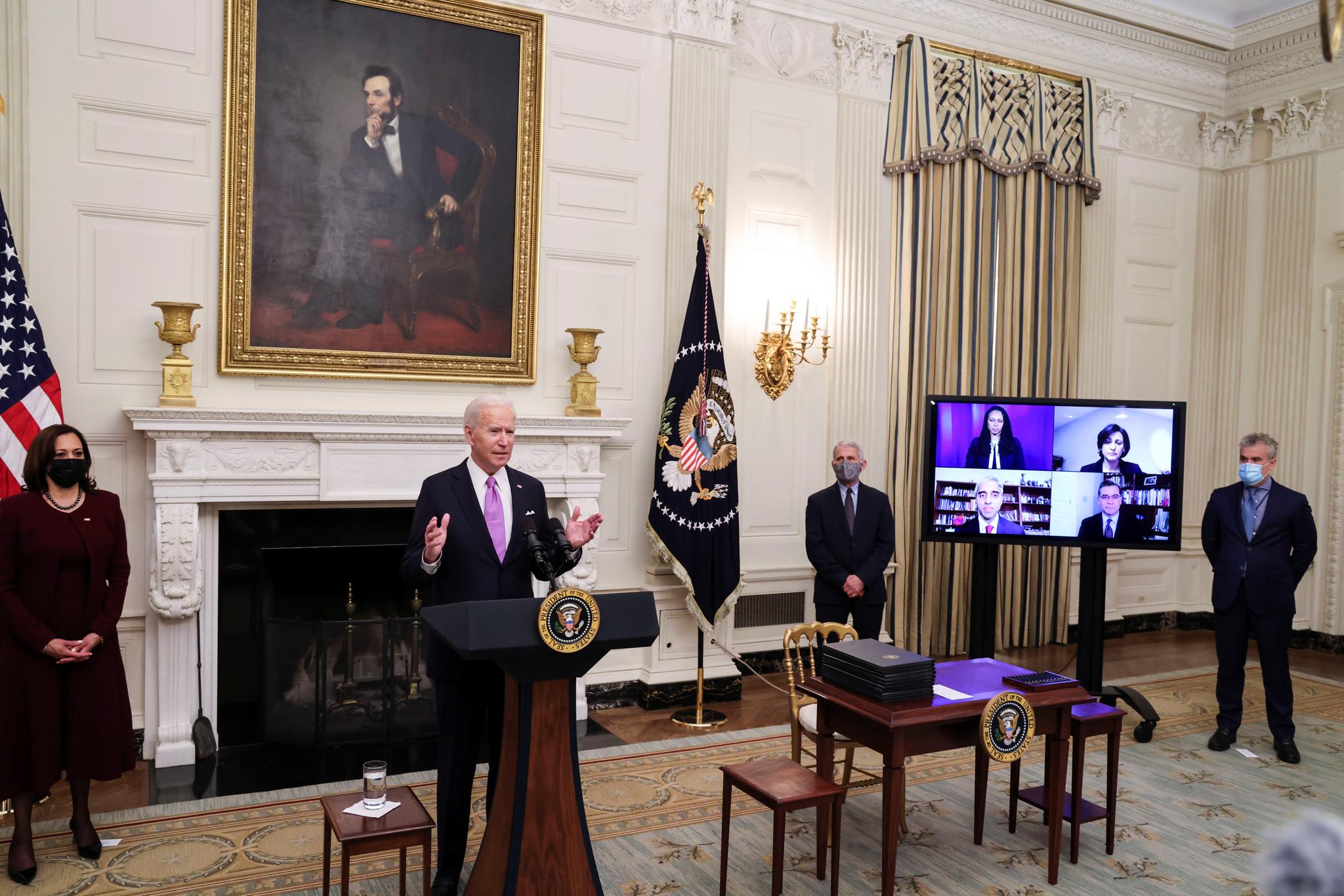 WASHINGTON (Reuters) – US President Joe Biden’s administration next week will release more policies it believes are needed to tackle climate change and is urging China to toughen one of its targets on greenhouse gas emissions, his top climate advisers said on Saturday.

Gina McCarthy, the White House’s national climate adviser, did not say what policies would be released. A memo seen by Reuters on Thursday showed Biden will unveil a second round of executive orders as soon as Jan. 27 that include an omnibus order to combat climate change domestically and elevate the issue as a national security priority.

“We’ve already sent signals on the things that we don’t like that we’re going to roll back, but this week you’re going to see us move forward with what’s the vision of the future,” McCarthy told a virtual meeting of the U.S. Conference of Mayors.

Both of those moves reversed former President Donald Trump’s policies. During his four years in office, Trump rolled back about 100 regulations on climate and the environment as he pursued a policy of “energy dominance” to maximize output and exports of oil, gas and coal.

John Kerry, Biden’s special climate envoy, said a recent pledge by China, the world’s top greenhouse gas emitter, was “not good enough.” In September, Chinese President Xi Xingping set a goal for his country to become carbon neutral by 2060, 10 years after the 2050 time frame favored by most countries, while also pledging a more ambitious short-term goal on emissions.

As secretary of state under former President Barack Obama in 2015, Kerry helped bring China to the table at the U.N. climate conference in Paris. Now, the Biden administration has begun to apply diplomatic pressure on countries to work harder on climate, said Kerry.

He talked on Friday with foreign ministers in Europe, who told him they had high expectations for the Biden administration after a lack of action on climate in the Trump years.

“‘Yeah, we realize we come back with humility,’” Kerry said he told the ministers, adding that the majority of U.S. states and more than 1,000 mayors continued to move ahead on climate during the Trump years.

The United States, the world’s second leading emitter, has to do better than getting to net-zero carbon emissions by 2050, perhaps through emerging technologies such as capturing carbon dioxide directly from the air, Kerry said.

Tackling climate change did not mean a diminishment of lifestyle, such as driving less or not being able to eat meat, he said. The Biden administration, mayors and other local leaders will have to persuade Americans that curbing climate change “can be the greatest economic transformation in global history,” Kerry said.

On Day One, Biden to undo Trump policies on climate, virus