Belgium beat England in the World Cup third-place playoff on Saturday to ensure their best-ever finish as tournament top scorer Harry Kane admitted his side need to improve if they are to end their long trophy drought.

Goals from Thomas Meunier and Eden Hazard secured a deserved 2-0 victory in Saint Petersburg and meant Belgium bettered their performance at the 1986 World Cup in Mexico, where they finished fourth.

Belgium, who suffered a painful 1-0 defeat to France in the semi-finals, also beat Gareth Southgate’s England in the first round in Russia on their way to topping the group before beating Japan and Brazil.

“It’s all about the achievement. This is Belgium’s best finish at a World Cup. The players deserve that and they wanted to make the country proud,” said coach Roberto Martinez said.

Southgate’s men were forced to settle for England’s joint-best performance at a World Cup abroad, matching that of the 1990 generation in Italy.

Tottenham’s Kane remains the overwhelming favourite to win the Golden Boot with six goals, although he admitted his frustration at failing to find the net in England’s final three games.

He said despite England’s run to the semi-finals, where they were beaten by Croatia, the young team are still not the finished article.

“We closed it for sure (the gap to the top teams),” he said. “But today shows, and some other games show, that there is still room for improvement.”

“Obviously I’m disappointed I couldn’t get a goal in the last few games,” added the Tottenham Hotspur striker, who is aiming to become just the second England player after Gary Lineker in 1986 to win the Golden Boot.

“Sometimes it goes for you, sometimes it doesn’t. But if I win it, it’ll be something I’ll be very proud of.”

Didier Deschamps’ France are firm favourites to win Sunday’s showpiece in Moscow’s Luzhniki Stadium and become world champions for the second time — 20 years after their first triumph in 1998.

France goalkeeper Hugo Lloris said they are shutting out the mounting excitement at home as they focus on one final push against Croatia.

Tens of thousands of people flooded the streets of Paris following Tuesday’s semi-final win over Belgium and confidence is high that Deschamps’ team can match the achievement of the 1998 winners.

L’Equipe’s Saturday magazine supplement even came with a front cover photo of crowds on the Champs-Elysees avenue. “See you tomorrow,” read the caption.

“To be honest with you, we are in our bubble,” said goalkeeper and captain Hugo Lloris.

“Of course we know what’s happening in France, all the more so after seeing all the images after the Belgium game.

“But tomorrow we will be coming up against opponents of great quality. They deserve to be in the final just as much as us. They have demonstrated their worth and that they have the physical and mental resources to go and win it.”

Croatia coach Zlatko Dalic is prepared to make changes if some of his players have not recovered from their exertions in reaching football’s biggest game.

Dalic’s men have been forced to go through three periods of extra-time against Denmark, Russia and England to become the smallest country in 68 years to make the final.


“One thing that brings me happiness is that all my players tell me if they are not 100 percent fit,” he said.

“They will concede they are not fit. They know what is at stake, but if they are unable to give their all they will tell us. They have such an attitude.”

Ivan Perisic, who scored and set up Mario Mandzukic’s winner in the semi-final win over England, was among five Croatian players to miss training on Friday.

“We need relaxation and rest to gain freshness for tomorrow,” Dalic said. “We have some minor injuries, minor problems, and I hope my players will be ready. If not, I have great players on the bench who will be raring to go.” 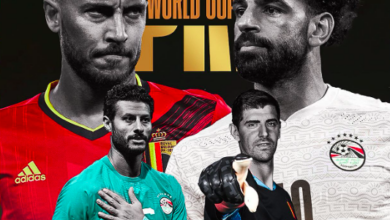