On the 32nd night of her 1,001, Sheherazade tells the tale of "The Story of the Barber's Sixth Brother." Like most of the stories, and owing to her wily survivor instinct, it ends with a cliffhanger, but the opening, which we excerpt here (as edited and translated by Andrew Lang) narrates the story of Schacabac, the barber's brother, a poor man who humors a rich prince named Barmecide to great gain. As the story has been told and retold over the years, the word "barmecide" is now a term defined as "lavish in imagination only."

As part of our Alf Leila We Leila series for Ramadan, Al-Masry Al-Youm presents the original tale of unseemly barmecide, and its victim and beneficiary, Schacabac, the barber's sixth brother, who, finding himself impoverished, becomes a beggar. Schacabac's trick is to befriend servants and meet their masters, hopefully accessing their fortunes. In the following excerpt, Schacabac meets the wealthy prince Barmecide.

At first, Barmecide seems kind and welcoming. Schacabac begs him:

"My lord," he said, "you behold in me a poor man who only lives by the help of persons as rich and as generous as you."

Before he could proceed further, he was stopped by the astonishment shown by the Barmecide. "Is it possible," he cried, "that while I am in Baghdad, a man like you should be starving? That is a state of things that must at once be put an end to! Never shall it be said that I have abandoned you, and I am sure that you, on your part, will never abandon me."

"My lord," answered my brother, "I swear that I have not broken my fast this whole day."

Barmecide beckons for water, and when none appears, he mimes washing his hands anyway. Schacabac is told to do the same. He worries that he is being made a fool of. Soon, Barmecide orders food.

When the Barmecide had done rubbing his hands, he raised his voice, and cried, "Set food before us at once, we are very hungry." No food was brought, but the Barmecide pretended to help himself from a dish, and carry a morsel to his mouth, saying as he did so, "Eat, my friend, eat, I entreat. Help yourself as freely as if you were at home! For a starving man, you seem to have a very small appetite."

Schacabac relents, imitating the gestures of his wealthy host.

"How do you like this bread?" asked the Barmecide. "I find it particularly good myself."

"Oh, my lord," answered my brother, who beheld neither meat nor bread, "never have I tasted anything so delicious."

"Eat as much as you want," said the Barmecide. "I bought the woman who makes it for five hundred pieces of gold, so that I might never be without it."

Barmecide and Schacabac proceed to indulge in a variety of invisible dishes, commenting on the wonderful flavors of each, finishing the meal with goblet after goblet of wine. Drunk on the nonexistent alcohol (or, perhaps a little lightheaded from hunger), fully victim to the charade, the barber's sixth brother begins to flail as he imagines a drunkard would, striking Barmecide on the head. But, instead of angering the prince, Schacabac is rewarded for his good humor and acting.

"I have long been seeking," exclaimed the Barmecide, "a man of your description, and henceforth my house shall be yours. You have had the good grace to fall in with my humour, and to pretend to eat and to drink when nothing was there. Now you shall be rewarded by a really good supper."

What is the moral of this tale? Share your thoughts in the comments. 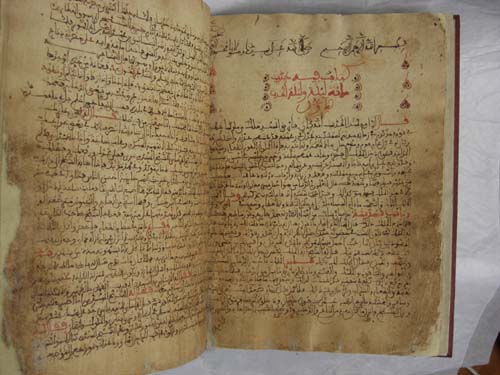 ‘Arabian Nights’ has a smaller sibling