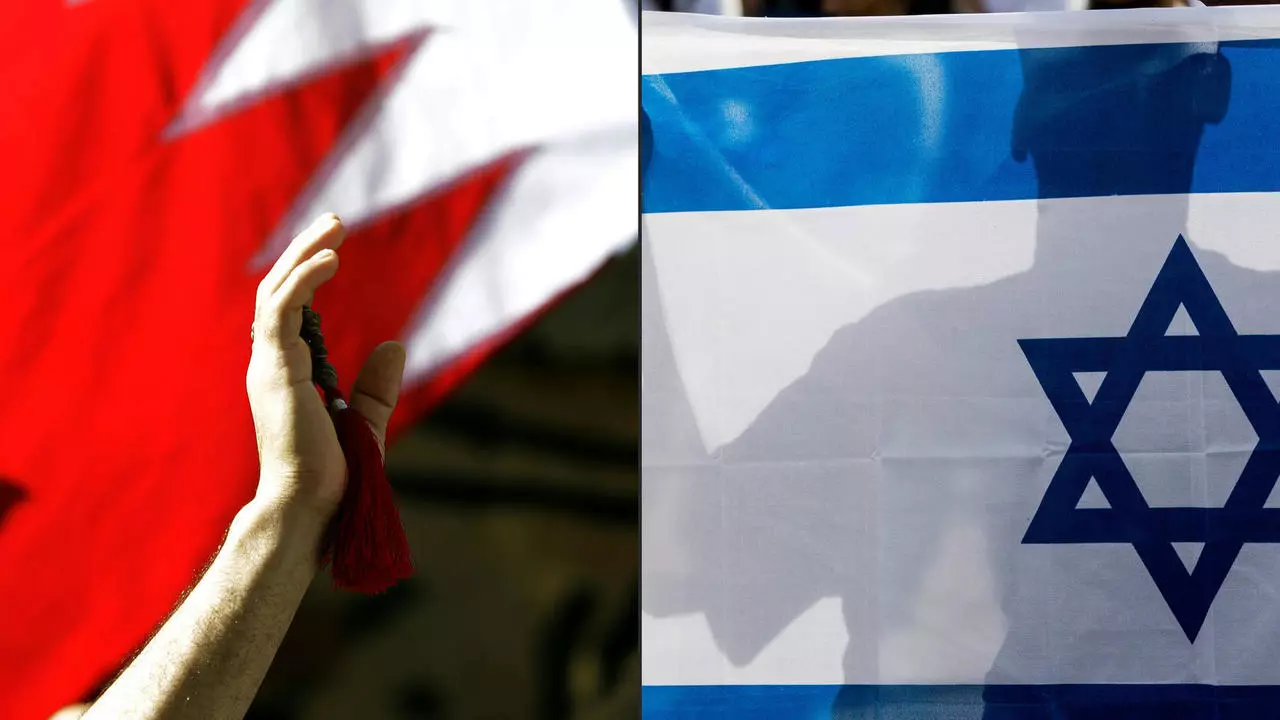 WASHINGTON/JERUSALEM/DUBAI (Reuters) – Bahrain joined the United Arab Emirates in agreeing to normalize relations with Israel on Friday, a move forged partly through shared fears of Iran but one that could leave the Palestinians further isolated.

US President Donald Trump posted the announcement on Twitter after he spoke by phone, according to the White House, to Bahrain’s King Hamad bin Isa Al Khalifa and Israeli Prime Minister Benjamin Netanyahu.

“This is truly a historic day,” Trump told reporters in the Oval Office, saying he believed other countries would follow suit.

“Opening direct dialogue and ties between these two dynamic societies and advanced economies will continue the positive transformation of the Middle East and increase stability, security, and prosperity in the region,” the United States, Bahrain and Israel said in a joint statement.

Palestinians were dismayed, fearing the moves by Bahrain and its fellow Gulf Arab state, the United Arab Emirates, will weaken a longstanding pan-Arab position that calls for Israeli withdrawal from occupied territory and acceptance of Palestinian statehood in return for normal relations with Arab countries.

A month ago, the UAE agreed to normalize ties with Israel under a US-brokered deal scheduled to be signed at a White House ceremony on Tuesday hosted by Trump, who is seeking re-election on November 3.

The ceremony is due to be attended by Netanyahu and Emirati Foreign Minister Sheikh Abdullah bin Zayed al-Nahyan. The joint statement said Bahrain’s Foreign Minister Abdullatif Al Zayani will join that ceremony and sign a “historic Declaration of Peace” with Netanyahu.

“For many long years, we invested in peace, and now peace will invest in us, will bring about truly major investments in Israel’s economy,” Netanyahu said in a video statement.

Emirates Ministry of Foreign Affairs spokeswoman Hend al-Otaiba congratulated Bahrain and Israel, saying it marked “another significant and historic achievement which will contribute enormously to the stability and prosperity of the region.”

Bahrain, a small island state, is home to the US Navy’s regional headquarters. Saudi Arabia in 2011 sent troops to Bahrain to help quell an uprising and, alongside Kuwait and the UAE, in 2018 offered Bahrain a $10 billion economic bailout.

Bahrain became the fourth Arab country to reach such an agreement with Israel, which exchanged embassies with Egypt and Jordan decades ago.

“The Palestinian leadership rejects this step taken by the Kingdom of Bahrain and calls on it to immediately retreat from it due to the great harm it causes to the inalienable national rights of the Palestinian people and joint Arab action,” the statement said.

In Gaza, Hamas spokesman Hazem Qassem said Bahrain’s decision to normalize relations with Israel “represents a grave harm to the Palestinian cause, and it supports the occupation.”

Hossein Amir-Abdollahian, a special adviser on international affairs for the speaker of Iran’s parliament, called Bahrain’s decision a great betrayal to the Islamic cause and Palestinians.

“The imprudent leaders in UAE, #Bahrain must not pave the way for the Zionist schemes,” the official tweeted.

The forging of relations with Israel is happening against a backdrop of shared fears about the threat that Iran may pose to the region. The biggest question now is whether Saudi Arabia, one of the Middle East’s most influential countries and a close US ally, will follow suit.

Trump’s administration has tried to coax other Sunni Arab countries, including Saudi Arabia, to engage with Israel. Saudi Arabia, a key Sunni rival to Shi’ite Iran, has so far signaled it is not ready.

The agreements are taking place as Republican Trump trails Democratic challenger Joe Biden in several opinion polls ahead of the US election. Foreign policy has not figured prominently in the election campaign, but Trump is eager to present himself as a peacemaker even as he rattles sabers against Iran.

Trump’s pro-Israel moves have been seen, in part, as an effort to bolster his appeal to evangelical Christian voters, an important segment of his political base.

Zaha Hassan, a visiting fellow at the Carnegie Endowment for International Peace, said Bahrain’s move was “especially disturbing” to Palestinians.

“This move could not happen without a Saudi green light,” she added. “(Saudi Arabia) is under pressure to normalize, but cannot because of its position as the custodian of Islam’s holy places and the unpopularity of it on the street level. Bahrain was offered up as a consolation that will keep Saudi Arabia in Trump’s good graces.”

At the Arab League on Wednesday, the Palestinians sought but did not obtain a condemnation of the UAE-Israel accord from fellow members. They did secure renewed Saudi support for their right to statehood.

The Saudi embassy in Washington did not respond to queries on whether its ambassador would attend Tuesday’s ceremony.

Last week, Bahrain said it would allow flights between Israel and the UAE to use its airspace. This followed a Saudi decision to allow an Israeli commercial airliner to fly over it on the way to the UAE.

The United States, Israel and the UAE have urged Palestinian leaders to re-engage with Israel. Negotiations last broke down between Israelis and Palestinians in 2014, and Palestinian President Mahmoud Abbas has refused to have political dealings with the Trump White House for more than two years, accusing it of pro-Israel bias.

Bahrain to allow Israel flights to UAE over its airspace

In Israel, Kushner says ‘stage is set’ for Mideast progress

Pompeo to have closed-door meetings in Bahrain, UAE