Facebook Twitter LinkedIn
Muslim Brotherhood Supreme Guide Mohamed Badie said, while inside defendants dock in the court, “the public prosecutor accused me in 28 cases and went so far to accusing me of theft, while the prosecution did not investigate the killing of my son Amar.”
Badie was being tried, along with 47 other MB members, in the events of blocking the agricultural road near the city of Qalyub last July, which left two dead and 30 others injured.
He condemned the prosecution silence before the violent dispersal of the pro-Morsy Rabea al-Adaweya sit-in, which left hundreds dead, saying that what happened there was a massacre that has never happened in Egypt before.
Mohamed El-Beltagy, a member of the MB Guidance Bureau, also said from the defendants dock, that the referral prepared by the prosecution in the case of storming prisons is a “scandal, because it notes that 25 January is not a revolution, but a military occupation by Lebanese and Palestinians.”
Beltagy demanded that military leaders be put to trials.
This came as part of the trial considered by Shubra al-Khaimah Criminal Court on the agricultural road events.
Edited translation from Al-Masry Al-Youm
Tags
Mohamed Al Beltagy Mohamed Badie trial 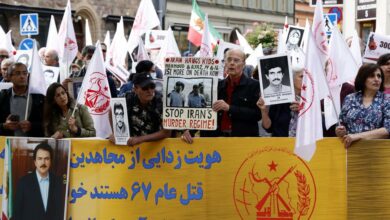 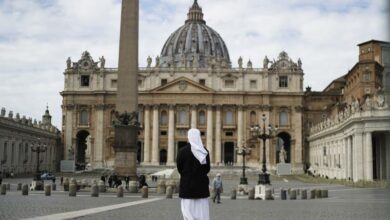