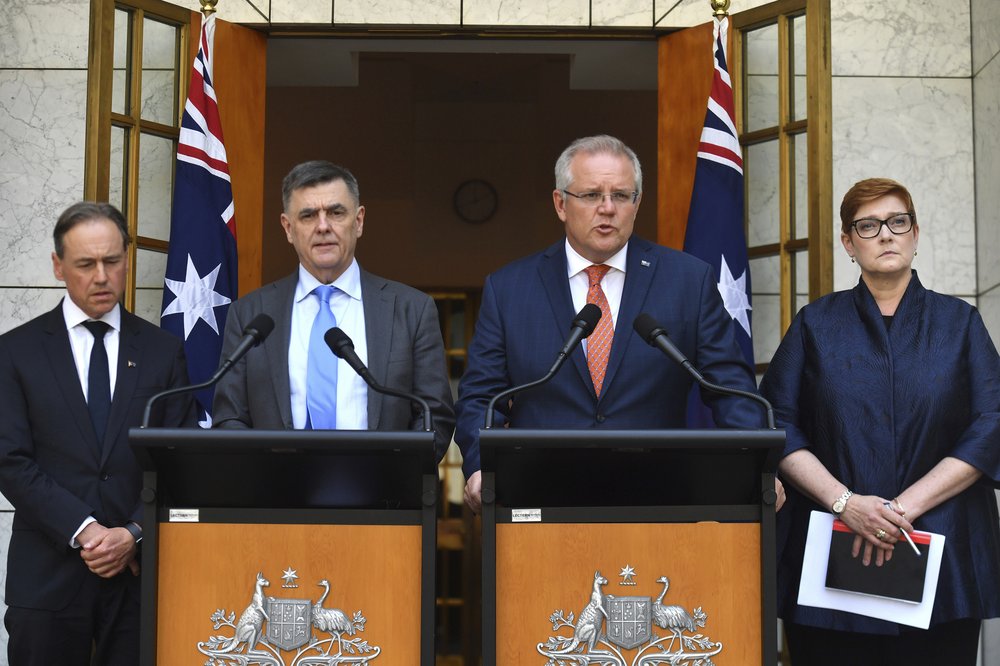 CANBERRA, Australia (AP) — Australia’s government on Thursday defended its plan to send citizens evacuated from the epicenter of China’s novel coronavirus emergency to a remote island used to banish asylum seekers and convicted criminals, despite warnings that that some Australians would prefer to stay in China.

Australia is preparing to send potentially hundreds of its citizens rescued from Hubei province to a quarantine camp on remote Christmas Island. The Indian Ocean island has been used by the government in a widely condemned policy of banishing asylum seekers who attempt to arrive by boat to offshore camps.

“The reality is people need to be accommodated somewhere for up to 14 days,” Dutton told reporters in Canberra.

“I can’t clear out a hospital in Sydney or Melbourne or Brisbane. I don’t have a facility otherwise that we can quickly accommodate for what might be many hundreds of people and Christmas Island is purpose-built for exactly this scenario,” he added.

“We feel that the repatriation to Christmas Island — to a place previously the focus of populations under enormous mental and physical trauma and anguish — is not a really appropriate solution,” the association’s president Tony Bartone told Nine Network television.

But Dutton dismissed that criticism as based on doctors’ longstanding opposition to the government using Christmas Island, Nauru and Papua New Guinea to accommodate thousands of exiled refugees that Australia refuses to accept.

Christmas Island was also chosen because of its prison-like facilities to house foreign criminals who face deportation after serving sentences in Australian prisons.

The facilities currently house only a family of four Sri Lankan asylum seekers who are fighting deportation.

Dutton said the family and Christmas Island locals would be kept separate from the quarantined population.

Australia’s Chinese diaspora has been scathing of the island’s re-purposing as a quarantine site, which the opposition argues is the government attempting to justify the millions of dollars spent on the facilities’ existence.

Australians in China say Australian officials have told them they will need to pay 1,000 Australian dollars ($673) and agree to go to Christmas Island to be repatriated.

Australian Wenbo Yu, whose wife and two children are in Wuhan, said his family was considering rejecting Australia’s evacuation offer.

“We’d rather they stay in Wuhan,” he told the Australian Broadcasting Corp.

“Compared to Wuhan, we believe Christmas Island is even more unpredictable,” he added.

Sydney physiotherapist Bon Lee has been stranded in the provincial capital Hubei since last week. He did not know if he would be prepared to take his wife and year-old daughter to Christmas Island to get back to Australia.