WASHINGTON (AP) — Deep into the grueling negotiations over President Joe Biden’s big domestic policy package, when it seemed that bickering among Democrats would never stop, Speaker Nancy Pelosi let everyone in on a little secret.

“This,” she confided quite publicly to reporters some time ago, “is the fun part.”

The grind of legislating, treacherous for some, a sport for others, and often unsuccessful in the slow-moving Congress, is where Pelosi resides, exerting relentless drive to advance Biden’s roughly $2 trillion package Friday through the House, sending it now to the Senate.

The House vote, with just one Democrat opposed, boosts momentum for Biden’s signature legislation after months of start-stop negotiations and provides a down payment on the party’s campaign promise to deliver competency in government and put it to work for Americans.

And for Pelosi, who breezed into the House chamber early Friday to gavel the vote closed after a nearly all-night session, the outcome serves as a career milestone and further cements her legacy as not only the nation’s first female speaker, but among its most powerful — one who is working to secure massive federal investments that Biden and others have compared to Franklin Roosevelt’s New Deal or Lyndon Johnson’s Great Society.

“Congratulations,” Biden told her in a phone call she took in the Gold Room off the House floor as the final tally rolled in.

Friday’s vote was never a sure thing. The final action in some ways snuck up on lawmakers after frenzied weeks of negotiations, several false starts and high-profile setbacks that delayed, and threatened to derail, the entire enterprise.

First, there was the difficult process of compiling the 2,135-page “Build Back Better Act,” with its far-reaching proposals to expand government support to help families afford health care and child care and lower the price of prescription drugs, alongside new efforts to tackle climate change.

Then, facing a solid wall of Republican opposition, the Democrats had to decide if they could actually approve the bill on their own, engaging in multiple rounds of private meetings and public handwringing between centrist and progressive flanks.

Any step along the way could sideline a congressional leader, especially one without the political fortitude to push and pull lawmakers to fall in line. Her immediate predecessors, Paul Ryan and John Boehner, struggled to lead Republicans, and both retired and gave up the gavel.

Pelosi, who has represented San Francisco in Congress for more than 30 years, not only has the stomach for such gut-wrenching talks, she has has turned the perils of legislating into political opportunities, showcasing the party’s factions. “Diversity is our strength” is among her maxims.

And when she’s heard and seen enough, she stiffens the spine and pushes ahead, relying on the other Pelosi maxim — “Unity is our power” — to reach resolution. Meeting privately with House leaders Monday evening, she signaled that it was time to move.

Pelosi told them there had been “a little too much drama for my taste,” according a Democratic aide familiar with the private meeting who was granted anonymity to discuss it.

The House had already approved the related $1 trillion infrastructure package, a roads-bridges-and-broadband measure favored by centrist lawmakers after poor election showings in Virginia and New Jersey served as a wake-up call to Democrats. Now, according to Pelosi’s strategy, it was time to make good on the commitment for Biden’s broader vision preferred by the progressives.

“It was a long road because, you know, the sheer amount of impact we’re trying to have is enormous,” Rep. Andy Kim, D-N.J., said Friday.

“It’s always complicated, I mean, when you’ve got people representing every corner of this country, there’s always going to be complexity, but that’s the art of governing,” Kim said.

Pelosi has been here before. A decade ago, she led House Democrats to passage of the Affordable Care Act, a year-long effort that consumed the Congress at the start of Barack Obama’s first term and contributed to the party’s electoral wipeout in the 2010 midterm election.

Pelosi lost the speaker’s gavel after Republicans regained control of the House in 2011, and today’s Republicans are expecting a repeat in 2022 as they heap criticisms on Biden’s bill as big government overreach.

Republican Leader Kevin McCarthy, who is in line to become speaker if Democrats lose power next year, set the tone in an overnight speech full of vitriol and grievance against Biden, the Democrats and Pelosi in particular, as he chided her leadership and wished for her retirement.

If he sounded “angry,” McCarthy said, it’s because he was. His more than eight-hour speech set a new record, besting one set just a few years back by Pelosi. But his protest did not stop the vote.

Pelosi responded with one of the most politically biting strategies in her arsenal — she ignored him.

“Under this dome, for centuries, members of Congress have stood exactly where we stand to pass legislation of extraordinary consequence in our nation’s history and for our nation’s future,” Pelosi said.

The Capitol’s setting reminds lawmakers, Pelosi said, that “we are part of history, that our words and actions will face the judgment of history and that we are part of the long and honorable heritage of our democracy.”

Democrats cheered passage on the House floor, chanting “Nancy, Nancy, Nancy!” as sullen Republicans at one point belted out, “Hey, hey, goodbye,” some mock-waving across the aisle.

One newcomer to Congress, Rep. Carolyn Bourdeaux, D-Ga., said the bill’s programs for free prekindergarten for all 3- and 4-year-olds, alongside affordable health care options, are priorities policymakers have been trying to achieve for decades.

“We’re addressing needs that have been around for a long, long time,” Bourdeaux said after the vote. “People need to realize every other developed country in the world has a lot of these benefits, and it’s time for us to have that, too.”

She added, “We have really accomplished something amazing.” ___ 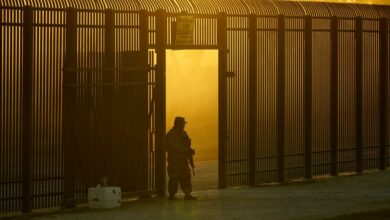