Facebook Twitter LinkedIn
The armed forces prevented a march of hundreds of pro-Morsy protesters from crossing al-Gam'a Bridge, in al-Manyal, to proceed to the headquarters of the Cabinet.
Morsy supporters staged a march from Cairo University to the Cabinet to demand Morsy's return and to reject Hazem al-Beblawy's cabinet.
Protesters put on masks in support of Morsy.
The armed forces prevented them from crossing the bridge in order to avoid clashes between the pro-Morsy crowd and other residents who were ready to confront them in Manyal.
Edited translation from Al-Masry Al-Youm
Tags
cabinet building manial Morsy ouster pro-Morsy protests Qasr al-Aini Street 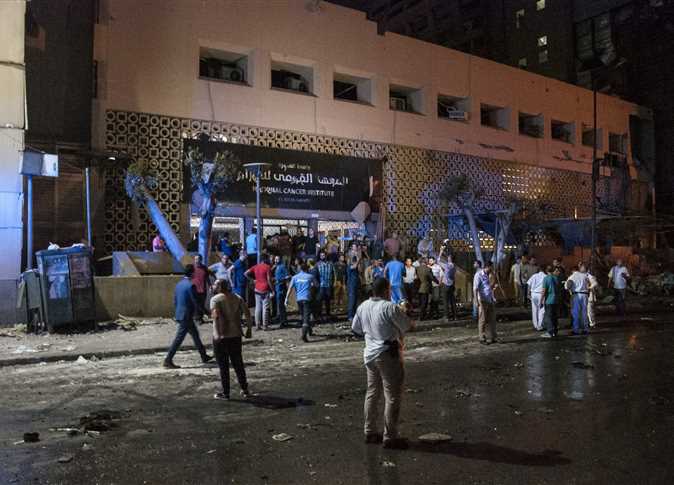