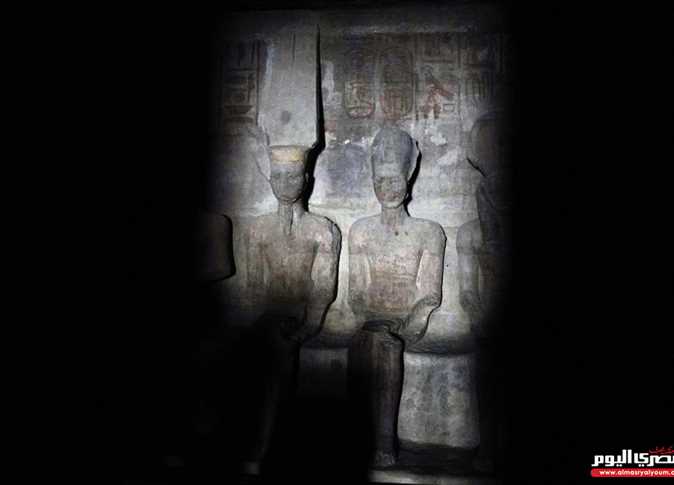 Egypt’s Antiquities Ministry announced on Saturday that it has invited a large number of foreign ambassadors in Egypt, ministers and public figures to participate in the celebration of a sun alignment on the temple of King Ramses II in Abu Simbel, on October 22.

The antiquities Ministry organized this event in cooperation with a private sector company sponsoring the activity.

Antiquities Minister Khaled al-Anany said that he is always keen on inviting ambassadors of different countries who are friends to Antiquities Ministry to attend all the activities organized by the Ministry, who are willing to be present in events and archaeological activities that show the world Egypt’s rich and ancient history.

This year saw the participation of a large number of ambassadors and cultural consultants from around the world in Egypt for number of archaeological events, the most recently of which was the opening of a cemetery in Saqqara.

The statues sit in the company of the Theban god of darkness, Ptah, who remains in shadow all year.