Antibacterial hand soaps containing a chemical flagged as potentially dangerous are not much better at killing germs than regular suds, researchers said Wednesday.

The chemical, triclosan, was long one of the commonest ingredients in antibacterial soaps, which are used by millions of people and generate US$1 billion (RM4.24 billion) in sales annually in the United States alone, experts say.
But studies have linked it to antibiotic resistance and hormone problems, prompting a safety review by the US Food and Drug Administration (FDA) that may yet lead to restrictions.
Now a study in the Journal of Antimicrobial Chemotherapy reports that when it comes to normal hand-washing, there is "no significant difference" between the bactericidal effects of plain soap and antibacterial soap.
The agent only became effective after microbes had been steeped in the stuff for nine hours, the authors found.
"At times less than six hours there was little difference between the two (soaps)," the researchers wrote of their tests.
To evaluate triclosan's germ-killing abilities, the team placed 20 dangerous bacteria strains, including Escherichia coli, Listeria monocytogenes and Salmonella enteritidis, in Petri dishes with either antibacterial or regular soap.
The samples were heated to 22 or 40 degrees Celsius (72 to 104 degrees Fahrenheit), simulating exposure to warm or hot water for 20 seconds — the World Health Organization-advised duration for hand-washing.
'Ban exaggeration'
The team then spread bacteria on the hands of 16 adults — who had refrained from using antibacterial soap for at least the preceding week.
They were then told to wash their hands for 30 seconds using either antibacterial or regular soap and 40-degree water.
For all the tests, the team used antibacterial soap containing 0.3 percent triclosan — the maximum allowed in the European Union, Canada, Australia, China and Japan, said study co-author Min Suk Rhee of Korea University in Seoul.
They found no "significant" difference between antibacterial and normal soap, and decided to see if soaking would yield a different outcome.
The triclosan-containing soap "performed significantly better after nine hours of exposure," they found — a rather long period for washing one's hands.
The researchers said consumers need to be made aware the antibacterial soaps do not guarantee germ protection. "It should be banned to exaggerate the effectiveness of… products which can confuse consumers," said Min.
Several soapmakers have already stopped using triclosan, he added. Only 13 of 53 antibacterial soaps studied in Korea in 2014 still contained the chemical.
Tags
disadvantages of antibacterial hands soap germs triclosan washing hands 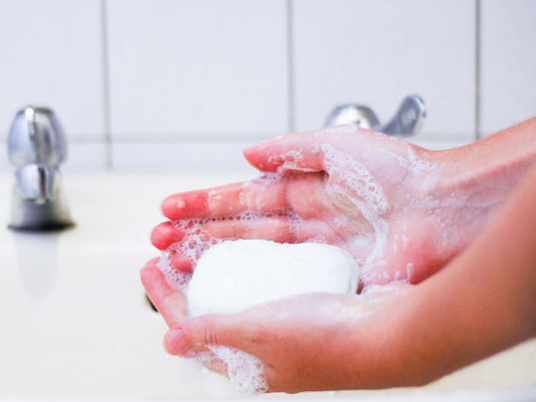 Washing your hands is the easiest way to save lives