When Indian Prime Minister Narendra Modi told Vladimir Putin “today’s era is not of war” last month, the West welcomed his comments as a sign the world’s largest democracy was finally coming off the fence about Russia’s unprovoked invasion of Ukraine.

French President Emmanuel Macron praised Modi and the White House lauded what it called a “statement of principle.”

But the reality, analysts say, is less straightforward.

Rather than cutting economic ties with the Kremlin, India has undermined Western sanctions by increasing its purchases of Russian oil, coal and fertilizer – giving Putin a vital financial lifeline.

New Delhi has repeatedly abstained from votes condemning Russia at the United Nations – providing Moscow with a veneer of international legitimacy. And in August, India participated in Russia’s large-scale Vostok military exercises alongside China, Belarus, Mongolia and Tajikistan — where Moscow paraded its vast arsenal.

Last week, India abstained from another UN draft resolution condemning Russia over its sham referendums in four regions of Ukraine, which have been used as a pretext by Moscow to illegally annex Ukrainian territory — significantly upping the stakes in the war.

India is “deeply disturbed” by the developments in Ukraine, said Ruchira Kamboj, New Delhi’s permanent representative to the UN, but stopped short of attributing blame and urged an “immediate ceasefire and resolution of the conflict.”

This apparent contradiction exemplifies India’s unique position on the war: verbally distancing itself from Russia, while continuing to maintain pivotal ties with Moscow.

Modi’s “stronger language to Putin” should be seen in the context of rising food, fuel and fertilizer prices, and the “hardships that was creating for other countries,” said Deepa Ollapally, research professor and director of the Rising Powers Initiative at the Elliott School of International Affairs, George Washington University.

“There’s a certain level of impatience (for India) with the intensification of the war,” she said. “There’s a feeling that Putin is pushing India’s limits because in some ways, it’s put itself out on a limb. And it’s not a comfortable position for India to be in.”
Tags
Indian Prime Minister Narendra Modi not of war” last month Vladimir Putin “today’s era West 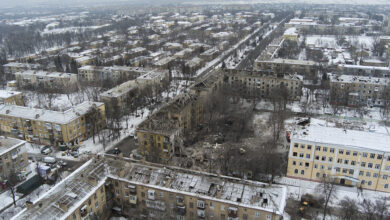 Anti-Russia events won’t be the “only ones to gain world’s attention” on the anniversary of war, Moscow says 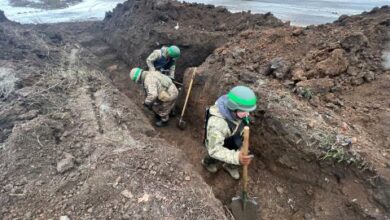 Sisi: We celebrate 75th anniversary of establishing ties with India