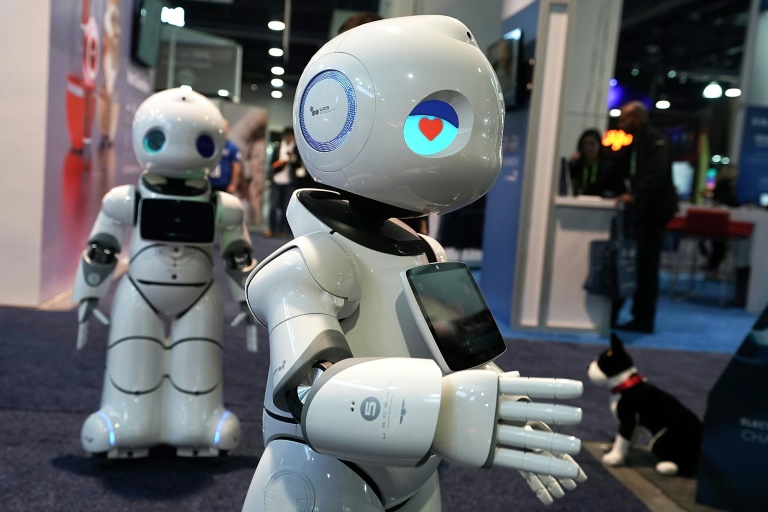 The Consumer Electronics Show opening Tuesday offers a chance to showcase the newest and shiniest gadgetry, looking past the turmoil engulfing the global technology industry.

The annual Las Vegas gathering with more than 4,500 exhibitors brings out about 175,000 attendees searching for innovations of the future.

For an industry facing unprecedented turbulence, the hope is that what happens in Vegas does not stay in Vegas after it closes on Friday, but filters into the world where consumers can adopt new technologies for health, communication, transportation, the home and lifestyles.

The show opens against the backdrop of mounting concerns on how data gathered from connected devices can be exploited by marketers, governments and hackers. There has also been a wave of attacks from politicians and activists against dominant tech platforms, as well as intense trade frictions between the world’s economic and technology powers, the United States and China.

Roger Kay, an analyst with Endpoint Technologies Associates, said consumers are slowly coming to terms with the digital world and its privacy tradeoffs, and still appear to be driven toward new gadgetry.

“I think people are going to adjust to this world and adopt the technology that comes along that suits them.”

CES 2020 will feature devices infused with artificial intelligence for cars, homes, smart cities and for personal health, with many gadgets embracing voice assistants from Amazon, Google and others.

“We will see AI and apps being used to make people’s lives easier, such as speech recognition and object recognition,” said Sarah Brown of the Consumer Technology Association, which organizes the show that includes media previews Sunday and Monday.

“You will see that across the entire CES — AI embedded in all these technologies.”

A series of panel discussions will also explore questions around consumer privacy, the importance of 5G wireless, technology for travel and tourism, the promise of quantum computing and how lifestyles will change in “smart cities.”

Some of the new CES gadgets will collect and analyze data such as facial expressions and tone of voice — creating the opportunity for more personalized services, but with risks as well.

This could mean a robot might be a better personal companion for the elderly, and a vehicle may adapt to signs of driver fatigue or impairment.

According to a report by the consulting firm Accenture, emotional data “is reaching a tipping point of opportunity” for firms which can decode human emotions for marketing, market research and political polling purposes.

“Emotional data will challenge companies because reading people’s emotions is a delicate business,” an Accenture report said. “Emotions are highly personal, and users will have concerns about privacy invasion, security breaches, emotional manipulation, and bias.”

Although CES is not about politics, it takes place while US-China tensions simmer over trade, tariffs, industrial espionage and national security.

But China will still represent the largest non-US delegation at CES, with hundreds of exhibitors including Huawei, the smartphone and infrastructure giant which has been blacklisted by Washington over national security concerns.

“In terms of exhibit space, Chinese space is down slightly from last year, but most of the major exhibitors are returning and some even upping size of presence,” Brown said.

Simon Bryant of Futuresource Consulting said Chinese firms see the show as an important opportunity to demonstrate their ability to compete globally with Silicon Valley.

“Chinese firms are looking at places like Latin America and Europe, where they have enormous opportunities,” Bryant said.

CES offers big Chinese tech firms like Baidu the chance to show their digital assistant that compete with those of Amazon and Google, for example.

“The Chinese tech companies are very aggressive,” he said. “Their domestic market is saturated, and they need to grow outside China, but not necessarily in the US market.”

Image: GETTY IMAGES/AFP/File / ALEX WONG Robots will be a big part of the 2020 Consumer Electronics Show, a celebration of innovation for a sector undergoing turbulence

Grocery-carrying robots are coming. Do we need them?