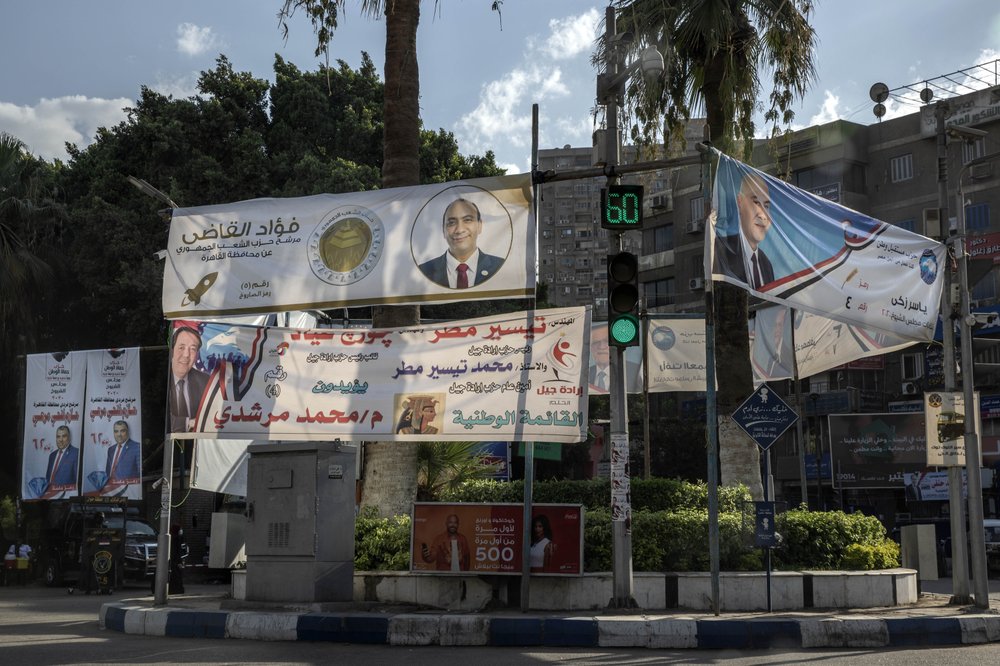 Months ago, I wrote about how development in Egypt continues apace, even while coronavirus pandemic affects the country and the world.

Weeks earlier, the same question existed when the crises of Libya and Ethiopia erupted. The Libyan crisis is a first-class strategic matter, in which Turkey pushed with Ottoman arrogance towards threatening Egypt with terrorist mercenaries in Libya and provocative naval vessels in the eastern Mediterranean Sea.

The second crisis is existential par excellence, because it concerns the waters that have been coming to the eternal Nile Valley since human beings first established their presence in the good land. In this crisis, Ethiopia at times wants full control under the name of sovereignty, and at others, under the pretext of poverty and darkness.

Whether we are talking about months or weeks ago, the priority was always clear and pure, with no ambiguity or distortion: that development and construction would continue, and that Egypt’s rights to security and water would be fulfilled.

Sometimes, it all seemed like a crucial surgery, diplomatic, political and strategic, not a mistake or an adventure.

While the whole situation is gripping, on the day of the 75th anniversary of the nuclear explosion in Hiroshima came the great Beirut explosion that took the same mushroom-cloud shape — without fatal radiation, perhaps, but its effects and sounds reached Cyprus. So what is the situation in Cairo?

The issue is not just an explosion that occurred in an Arab capital, perhaps the most accustomed to explosions, as part of a civil war or to get rid of a person whom people sought to be rid of.

Rather, the explosion happened on the day that was set for the reading of the verdict in the case of the assassination of the former Prime Minister of Lebanon Rafik al-Hariri!

The issue is that we in Egypt live in a regional environment that is a mixture of violence, terrorism, aggression and encroachment in various forms. However, there is no substitute for building and continuing the march.

A few days ago, an explosion in Lebanon would have not come as a surprise to anyone. That honorable country lives in the midst of a set of explosive intersections and contradictions, and it is waiting for the moment when violence explodes in one form or another.

But the real surprise concerns the question: How did it happen?

At the time of writing, there is still little information about the loud and massive explosion that took place in the Beirut port on the afternoon of Tuesday, August 4, an explosion that was similar to that of atomic bombs.

It was known that there were dozens killed and thousands injured, but none of them were combat elements. All of them were civilians who were shaken by the explosion. Buildings collapsed on them, shrapnel and glass shards flew into their bodies, and they were hit by the “discharge” that is usually caused by the bombs, ripping their heart and lungs.

What was mentioned at the time was that a big explosion occurred in a store of ammonium nitrate that was inside the port in 2014.

It is not known that one of the ports’ functions is to store explosive materials, and if these materials pass through the port, workers hasten to deliver them immediately to whom it may concern. And at the least they inform the state — the Lebanese state in this case — so that the necessary security can be provided, so they do not fall into the hands of those who want the country to get worse, or even exposed to the possibility of explosion on a hot day.

Twenty-four hours after the incident, we learned that the entire port area is under the control of Hezbollah, and that the officials in charge of the port repeatedly demanded that the explosive materials be removed, but that they were kept until they exploded at a moment when Lebanon also exploded economically. What remained is only a very thin string towards the political explosion, after which we know what will happen in this hospitable country.

The newsletter Enterprise on August 6 reported that “non-oil” economic activity in Egypt has reached its highest level in 12 months.

July was the first month after the coronavirus crisis, in which the country began attempts to return to normal, after a period during which this activity was declining and shrinking, a period in which products and exports expanded after various sectors of the economy, including tourism and hospitality, began to move on, after the tourists started to come, following the opening of the airports, after Egyptians started leaving their homes.

The bulletin indicated that new productive projects made the year’s first increase as a result of increased demand for products from Europe and Africa.

All developments are surrounded by the private sector feeling optimistic about imminent recovery in the short term, a feeling that reached its highest level during the last two and a half years, with an emphasis on the return of the tourism sector supporting a general economic return during the current summer months.

The dilemma here is that this happy news faces surprises from the regional environment, which, while Egypt grieves for its brothers in Lebanon, will be sufficient to achieve an economic rebound that the fierce coronavirus has not succeeded in achieving during the past seven months.

There is no solution to this regional dilemma, which is filled with a lot of unfortunate news in the region’s various countries, except to continue building, despite this poisonous atmosphere.

During the past week, I managed one day to go to the North Coast through Dabaa Road, and returned via al-Alamein, something I was able to do for the first time in three years. Construction and agriculture are in full swing across the entire North Coast.

The most influential scene came from a satellite image broadcast by Yahoo weather. In the image, Egypt seems very exciting, where the national road network appears as silk threads winding across all of Egypt, north, south, east and west — and of course the traditional image of the same satellites at night shows the Nile Delta and valley illuminated as an exciting golden necklace.

The question is: If we will always need calm nerves and an extremely clear mind to deal with sudden and unexpected incidents, then we need to always maintain the current momentum in order to make the best of the great advances in infrastructure.

The daily presidential meetings do not cede to surprises, and are not disrupted by the Ethiopian dam negotiations, but they always focus on more national agricultural, industrial and service projects.

What we need, perhaps in addition to this great effort, are two things: The first is to absorb the informal sector that works and produces, but that does so without falling into the general path of development in Egypt; The second is that the success municipalities have achieved in the battle against coronavirus must continue and be harnessed to implement the national plans.

One of the most important functions of the soon-to-be-formed Senate is to cooperate with the House of Representatives in issuing laws that complement the constitution. These include articles on municipalities and local governance.

Image: Election banners for candidates in the upper house of parliament are displayed on a street in Cairo, Egypt, Aug. 10, 2020. The elections will be held on Aug. 11 and 12. (AP Photo/Nariman El-Mofty)