The Alexandria Traffic department has taken a new step in solving the city’s traffic problem– outfitting its traffic police with bicycles.

Officers and soldiers in the traffic divisions near the Stanley Bridge, Maamoura, and Sidi Bishr received new bikes on which they will conduct their daily work.

The move aims to ease congestion and allow officers to quickly move in crowded streets and main squares, sources from the General Traffic Directorate revealed.

All bikes are plated and come with a storage box.

Designated bike lanes have been allocated in Alexandria on the Corniche and Stanley Bridge, so officers and the public alike can cruise through the Mediterranean Sea city.

Alexandria is the first city where this is happening, but soon, Cairo and the New Administrative capital will follow, sources added. 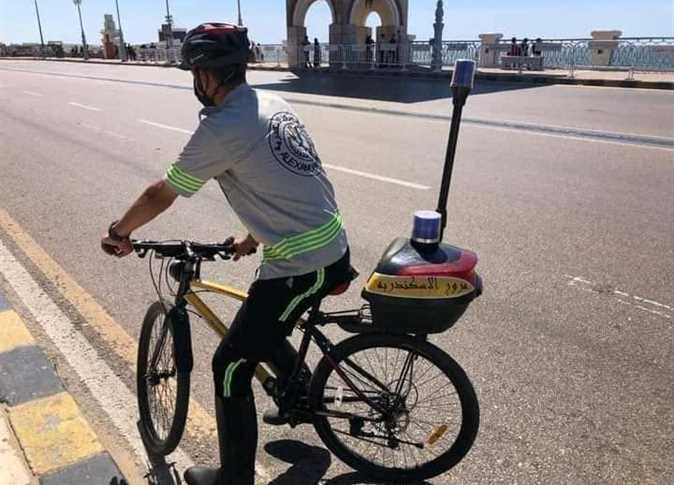