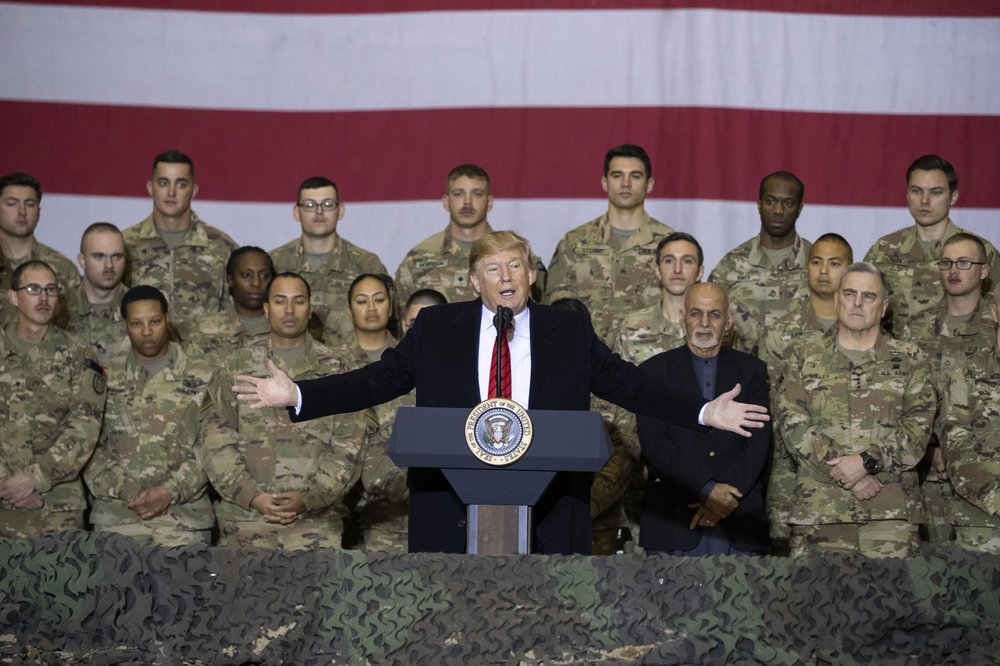 KABUL (Reuters) — The Taliban said on Friday they were ready to restart peace talks with the United States, a day after President Donald Trump made a surprise visit to U.S. troops in Afghanistan and said he believed the radical group would agree to a ceasefire.

Trump’s Thanksgiving Day visit was his first to Afghanistan since becoming president and came a week after a prisoner swap between Washington and Kabul that has raised hopes for a long elusive peace deal to end the 18-year-long war.

“The Taliban wants to make a deal and we are meeting with them,” Trump told reporters after arriving in Afghanistan on Thursday.

Taliban leaders have told Reuters that the group has been holding meetings with senior U.S. officials in Doha since last weekend, adding they could soon resume formal peace talks.

On Friday, Zabihullah Mujahid, a spokesperson for the hardline Islamist insurgent group, said they were “ready to restart the talks” that collapsed after Trump had called them off earlier this year.

“Our stance is still the same. If peace talks start, it will be resumed from the stage where it had stopped,” Mujahid told Reuters.

Trump canceled peace negotiations in September after the militant group claimed responsibility for an attack in Kabul that killed 12 people, including an American soldier.

“We are hoping that Trump’s visit to Afghanistan will prove that he is serious to start talks again. We don’t think he has not much of a choice,” said a senior Taliban commander on conditions of anonymity.

There are currently about 13,000 U.S. forces as well as thousands of other NATO troops in Afghanistan, 18 years after an invasion by a U.S.-led coalition following the Sept. 11, 2001, al Qaeda attacks on the United States.

About 2,400 U.S. service members have been killed in the course of the Afghan conflict.

A draft accord agreed in September would have thousands of American troops withdrawn in exchange for guarantees that Afghanistan would not be used as a base for militant attacks on the United States or its allies.

Still, many U.S. officials doubt the Taliban could be relied upon to prevent al Qaeda from again plotting attacks against the United States from Afghan soil.

Afghan capital’s air pollution may be even deadlier than war