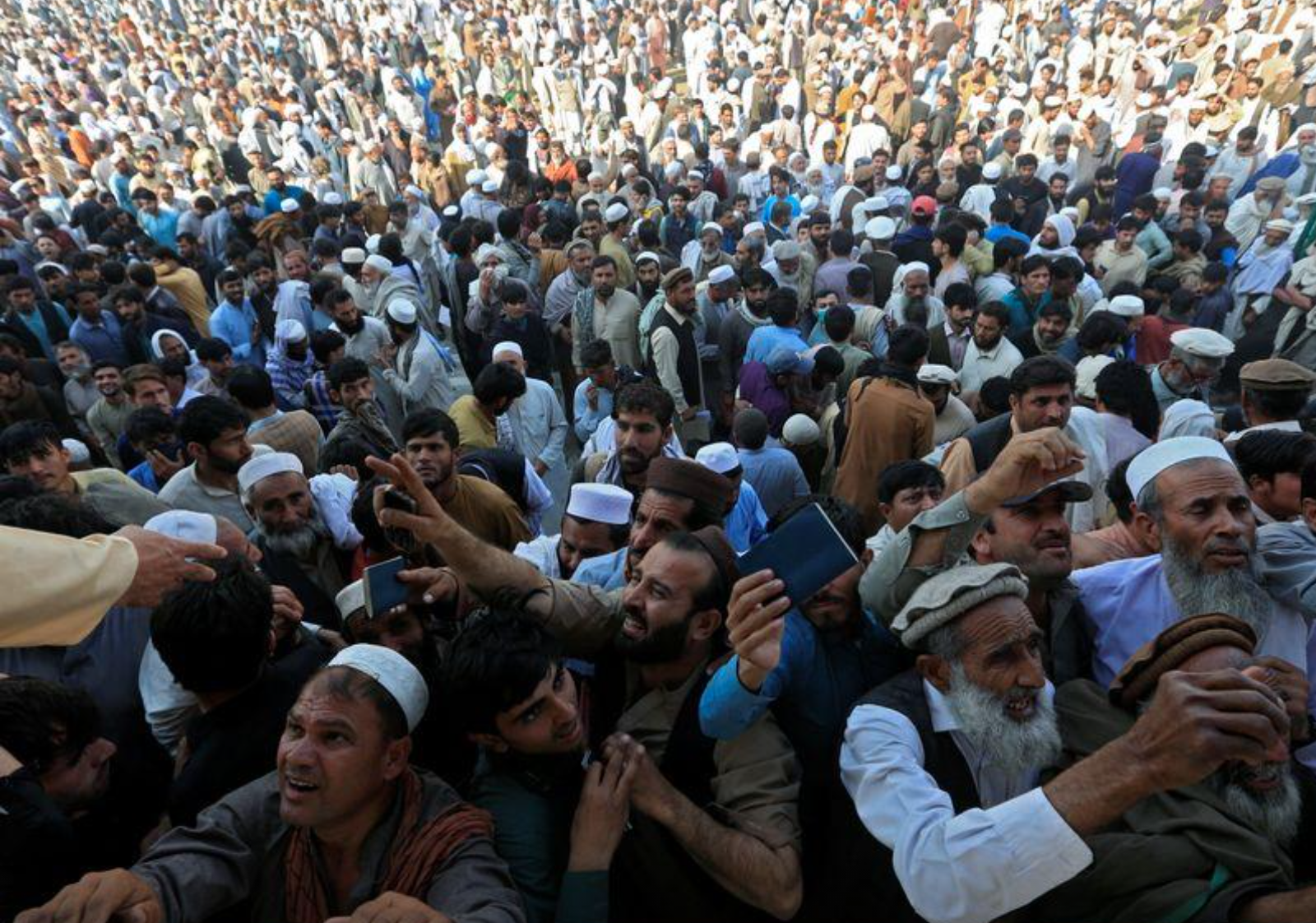 JALALABAD, Afghanistan (Reuters) – At least 15 people were killed in stampede among thousands of Afghans gathered near Pakistan’s consulate on Tuesday as jostling broke out between people applying for visas, officials in the eastern city of Jalalabad said.

An Afghan news channel transmitted images of them holding passports aloft to secure a token. Images taken after the stampede showed scores of passports strewn across the ground.

“The visa applicants jostled to secure their token from the consulate officials…the crowd got out of control, leading to a stampede,” said an Afghan official.

A survivor described to Reuters how tempers frayed and the crowd became unruly in the lead up to the stampede.

“I stood in the queue all night but at some point people got angry and started pushing, many of us fell on the ground,” said Farmanullah, who goes by a single name.

Eleven of the 15 victims were women, and several senior citizens were among more than a dozen injured, Sohrab Qaderi, a provincial council member, said.

Tens of thousands of Afghans every year travel to neighboring Pakistan to secure medical treatment, education and jobs. The two countries share a nearly 2,600-kilometer border.

Pakistan hosts about three million Afghan refugees and economic migrants, who have fled violence, religious persecution and poverty in their war-torn country.

The Pakistan embassy in Kabul issued a statement expressing “deep grief and sadness”, and officials said Afghan authorities had been responsible for marshaling the crowd on the sports ground.

Afghans say preventing next war as vital as ending this one