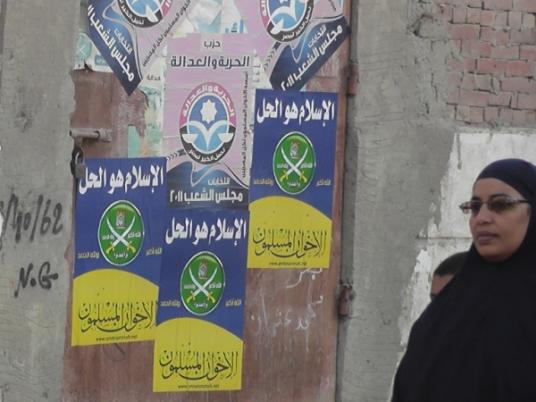 Political activists and bloggers are divided over participation in the upcoming parliamentary elections slated for 28 November.

While some of them intend to run as candidates in the elections, and many of them will cast their votes on polling day, others are considering boycotting an event they consider farcical and open to abuse.

At Tahrir Lounge, a forum organized by activists on Saturday, some activists said taking part in the vote is essential, even if the electoral process produces a parliament that lacks revolutionary blocs. The elected parliament will be a legitimate elected entity with the power to pressure the ruling Supreme Council of the Armed Forces (SCAF) to ensure a the handover of power to civilians.

Others say the electoral system is too complicated and the various political powers did not participate in its design. They claim the SCAF wants a parliament tailored to its needs, and they accuse it of monopolizing the formulation of election legislation.

Wael Khalil, a political activist, said the SCAF will have to submit to the legitimate power of the parliament, and added that the fact the SCAF obeyed the court ruling granting expatriate Egyptians the right to vote following intensive campaigns by activists provides adequate proof that it will submit to the wishes of an elected parliament.

In October, an Egyptian court ruled to allow Egyptians living abroad to vote in the forthcoming parliamentary elections. Soon after, Egyptian authorities responded to the ruling and sought to facilitate their vote.

Khalil added that an Islamic majority in parliament would constitute no problem, since Islamists are also opposed to a continuation of military rule.

The Muslim Brotherhood has announced its intention to contest 40 percent of the seats in parliament. Salafi parties also feature strongly in the election, along with the Jama'a al-Islamiya, which returned to the political scene after most of its members were released from prison following the 25 January uprising.

Tareq Shalaby, a blogger, said the SCAF has been ruling for 60 years, since the 1952 revolution. "I differ with those who say the army does not understand politics," he said.

"It is in the interests of the SCAF to see sympathetic candidates in parliament, because it does not want the regime to change," he went on. "And this is adequate reason to boycott this farce."

Mohamed Abdel Fattah, an activist, believes participation in the election is a must, since the coming parliament will form the Constituent Assembly, which will write the new constitution.

Boycotting the elections would mean that "we have withdrawn from participating in the choice of those who will represent us in writing the constitution, allowing the SCAF to draft the new constitution for the country on its own."

Abdel Fattah added that even though the electoral system would likely marginalize revolutionary powers and young people and offer a better chance for old and traditional powers, activists who have decided not to nominate themselves should at least cast their votes in order not to have totally abstained from participation.

Experts believe the new demarcation of constituencies laid out by the SCAF in July will serve the established political forces best due to the larger sizes of constituencies, which will favour former members of the National Democratic Party.

Under the new election laws, two thirds of the seats of parliament will be elected through the proportional representation system and the remaining one third through the single-winner system.

Experts say this system will be in the interests of better-prepared parties such as the Brotherhood's Freedom and Justice Party and its Islamist allies. New secular and revolutionary parties, meanwhile, will lose out.

Most participants at the forum agreed that activists have failed to reach out to the people and that traditional powers retain their strong networks of communication with citizens. They said the only way to improve the situation would be to encourage popular monitoring of the elections and to raise the awareness of the electorate.

Participants also agreed that most political powers are currently occupied with the electoral race, which will allow activists to highlight the monitoring role they will play in the election.