Tarek Omar Sherif, son of the venerable actor, and one of Egypt’s most exciting restaurateurs, fell into the food and beverage business by accident. Sherif was holidaying in the Red Sea resort town of El Gouna nearly ten years ago when he and some friends went real-estate shopping in the newly developed marina area. They ended the afternoon owning three new restaurant locations, now occupied by Deauville, La Scala, and the first branch of Maison Thomas outside of Cairo. Soon after, Sherif added the Oriental Grill nearby in Kafr El Gouna to his holdings.

Back in Cairo, Sherif’s passion for food continued. At first he helped to establish several additional outlets of Maison Thomas. Subsequently, he branched out on his own, establishing La Trattoria, an Italian restaurant in Zamalek, Charwood’s, a steak and pizza restaurant in Mohandiseen, and, most recently, Au Petit Bistro, a French countryside-style bistro near the Shooting Club in Dokki.

Sherif sat down with Al-Masry Al-Youm English Edition recently to discuss his beginnings in the restaurant business, some of his secrets for success thus far, and his plans for the future.

Sherif’s established his credentials as a foodie from a young age. He loves cooking, and kitchens are at the center of any of his homes. He likes nothing more than “going to the market, finding fresh ingredients, changing my mind twenty times based on what’s available, going home and cooking for friends.” Sheif was raised partially in France, where he established a western European palette, and it is from this tradition that he derives much of his inspiration. When he goes out, Sherif prefers fine dining and quiet conversations with friends over the late-night “music and mezze” formula favored by much of Cairo’s going-out set.

His love of food drove Sherif into the restaurant business. “If you like eating,” he says, “then you’ll like this business.” His restaurants are managed under a holding company Badaboum, Inc., which has succeeded in spite of the myriad difficulties that one encounters in the restaurant business in Egypt. The process of obtaining permits and licensing for restaurants is particularly difficult. For all of his restaurants in Cairo, Tarek has been limited to taking on operating permits of existing restaurants. Going through the process of pulling together new permits, especially for an establishment that serves alcohol, is simply too burdensome. Even once a restaurant is established the user routinely faces a range of administrative roadblocks.

In addition to these difficulties, finding, training, and maintaining suitable staff is a challenge. For many Egyptians, going out to eat is simply not a part of the culture. Many of the waiters that Badaboum takes on have never had a European-style dining experience before. For every waiter Sherif keeps, he has tried out ten.

It’s a similar story with local chefs. Too often, Sherif finds, they spice things to suit local habits, frequently resulting in a dish bearing little resemblance to its European inspiration. In order to maintain quality in his restaurants over time, the involvement of an expatriate chef is essential, Sherif has found. However, he is often unable to secure the work permits required to keep these foreign workers in the country for significant lengths of time.

Despite these challenges, Sherif finds great opportunity in the Egyptian market. First of all, outside of hotels, there is little competition in the fine dining sector. Even in hotels, consistently good food is rare, and the price of a meal frequently keeps away all but the most lavish clients. Even when quality restaurants open, “along the line somewhere, they usually turn into nightclubs,” Sherif notes.

The recent opening of Tamarai is a case in point. The restaurant opened with the ambition of creating a fine-dining experience, with a terrace café and a quality menu. These days, Tamarai caters to the midnight to 3 AM shift, where guests arrive late and order mezze. The experience hardly emphasizes food; the dishes are an afterthought to the party. It is hard to keep high quality staff under these circumstances and, indeed, the original chef soon left, returning to opportunities where there was more emphasis on the food.

Even if clientele often prefer the nightclub experience, there is still a large pool of potential local clients with sufficient disposable income to afford a fine dining experience. A healthy expatriate audience also supplements domestic clients, and around 50 per cent of Badaboum’s clients are expats. As a result, in spite of the obstacles, Sherif sees a significant opportunity for traditional “noon to midnight” European style restaurants. Local habits of a late lunch, coming in between traditional European dining hours for lunch and dinner, mean that there is a steady stream of patrons during these hours.

The secrets to Sherif’s success are quality locations, ingredients, and staff. The opportunity to dine nearby by Tarek’s dad, Omar, a regular in Badaboum restaurants, doesn’t hurt either. Regarding staff, Tarek is always on the lookout for talent. When he finds chefs with something interesting to offer, he’ll build a concept around what they can bring to the table. When it comes to ingredients, he invests in supplier relationships, spending a premium for top quality. He is willing to change suppliers if their quality drops off. While bulk purchases are taken care of centrally, he empowers any of his chefs to strike their own deals to ensure they get the ingredients they need. The fact that Sherif is restricted to opening restaurants in locations with existing permits, forces him to always be on the lookout for innovative ways to attract clients. Finding that potential patrons were put off by the lack of parking around Au Petit Bistro in Mohendiseen, Sherif tried to negotiate with a neighbor with an empty parking garage. He failed.

Tarek Sherif is passionate about the business. “Unlike buying a shirt, you always have to eat,” he says. Egypt has hardly seen the last of what he has to offer. He has concepts ready to go (a Cajun experience, and a fine-burger outlet, top his priorities at the moment), and a pair of restaurants, one French and the other Italian, are currently being developed in the 6 October area. For Sherif and Badaboum, there is still plenty of opportunity in Egypt’s restaurant business. His key limitations are talented chefs, and suitable locations. Once he finds suitable candidates on either of these fronts, expect to see more innovative dining from Badaboum in the near future. 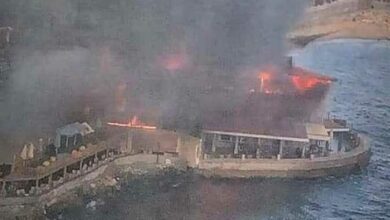 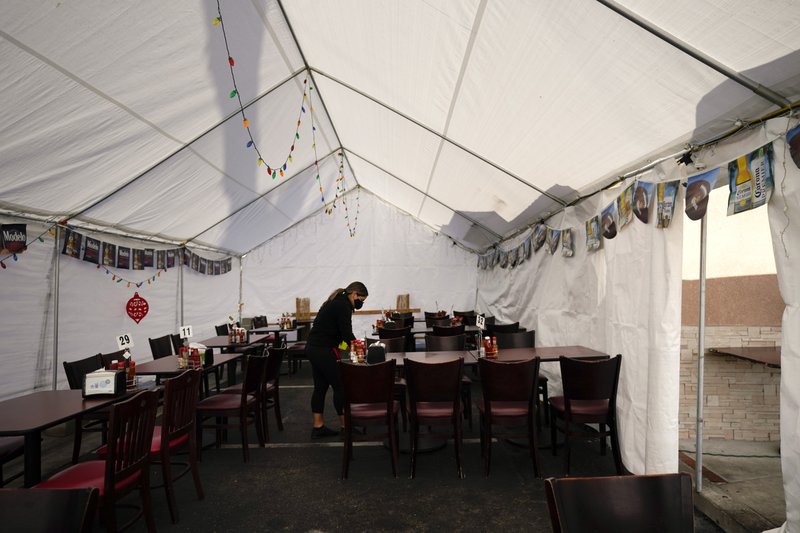 Restaurant workers out of work again as virus surges anew 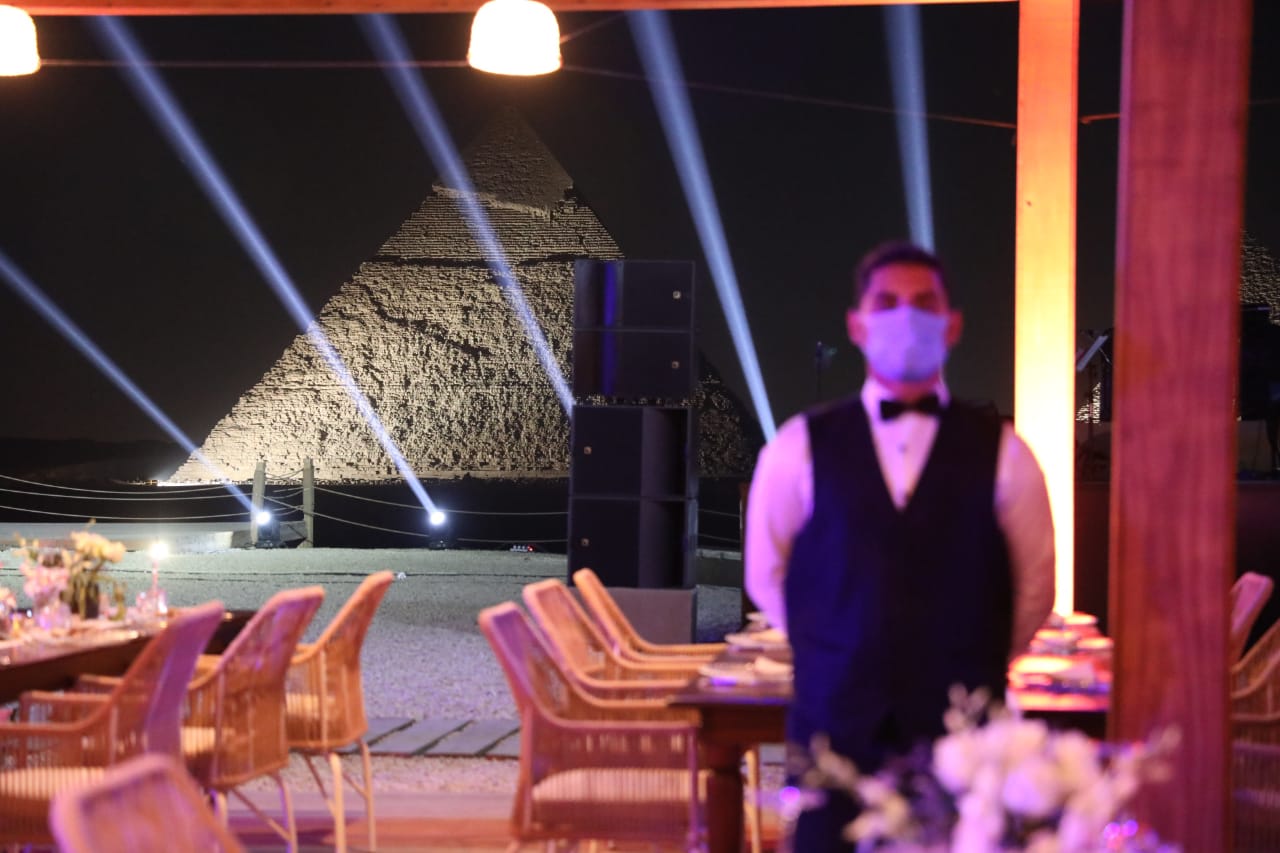