Our universe is not only expanding; it is also doing so at an accelerating rate. For this remarkable empirical discovery the Nobel prizes in physics were given this year.  This feat is a culmination of a two thousand year plus legacy of employing rather mundane methods derived from our daily experience in attempting to understand our place in the universe.

It goes back to Aristarchus, who noticed that the time the Moon took to cross the earth’s shadow during an eclipse was proportional to the earth’s size, and that the lunar month was proportional to the length of the Moon’s orbit around the earth – thus allowing us to derive the Moon’s distance in terms of the earth’s size. And when Eratosthenes, the third librarian of ancient Alexandria, observed that sticks’ shadows differed in Alexandria and Aswan, and then assumed  that the discrepancy was due to a spherical earth, he was able to correctly calculate the earth’s circumference, and hence the distance to the moon. Then, in the seventeenth century, Cassini managed to calculate the distance to mars by calculating the angular difference between simultaneous observations of the planet from Paris and from French Guyana – a simple technique often used by contractors in determining the dimensions of earthly plots of land. Another straightforward calculation, involving the dimensions of the earth-mars-sun triangle, revealed the distance to the sun. Building upon this, Bessel used the length of the earth’s orbit around the sun and the angular difference between observations of the nearest stars in different seasons to deduce their distances. It thus turned out that the stars were distant suns.

In the beginning of the last century, a “great debate” raged between those who thought that observed astronomical clouds called ‘nebulae’ were relatively nearby, and others who reckoned they were distant “island universes.” The controversy was settled when Edwin Hubble used variable stars to determine distances to the nebulae. These stars’ luminosities varied periodically with time; the periods, moreover, tightly correlated with their intrinsic average luminosities. He knew this because he could measure the distance to nearby specimen via parallax, the same method Bessel had used before. This transformed variable stars into “standard candles.” In the same way that we can estimate the distance to an ordinary candle by looking at perceived light, knowing the intrinsic luminosity of the candle, Hubble could do the same by comparing the pulsation periods of nearby stars to those in the nebulae. This procedure gave away the latter’s intrinsic luminosities.

The distances inferred suggested that the nebulae were indeed “island universes” outside our galaxy. Our notion of the universe’s size thus expanded from a light second (to the moon) to light minutes (to the Sun) to light years (to nearby stars) to millions and billions of light years. It also turned out that our universe was literally expanding: the galaxies were receding from us, and their recession speeds increased with their distance. The color of distant galaxies was tainted red, a result of the elongation of the wavelength of the light they emitted as the universe expanded.

The latest episode in this endeavor involved distances almost to the edge of the observable universe. These were deduced by observing supernovae, exploding stars that have ended their normal thermonuclear cycle, a cycle which starts with burning hydrogen into helium as the sun does, and as hydrogen bombs do. The energy released during a supernova explosion reaches five billion times that of the sun. It is this mammoth radiation influx that makes exploding stars at the edge of the observable universe observable. But how do we know these are so distant?

Suspended rain particles disperse the sun’s light into rainbows, and so do sophisticated laboratory gadgets. By comparing the light spectra that elements emit in the laboratory to the spectra of distant stars, one can deduce the latter’s temperatures and chemical composition.  By detailed comparison of the signature spectra of remote supernovae to their relatively nearby counterparts, it was possible to deduce their similarities. They too became standard candles, just like Hubble’s variable stars had become many decades earlier.

It thus transpired that the universe was not only expanding, but that the expansion was accelerating. As one looked at more distant exploding stars, not only were they receding at greater speeds, but the speeds increased in such a way as to suggest an accelerating expansion rate. The conclusion adopted by most theorists was that some hitherto obscure ‘dark energy’ was pushing the galaxies away from each other, as if a collection of repulsive springs was acting on space and time.

This arresting contention is a result of the culmination of thousands of years of careful observations, courageous questions and deep theoretical pondering based on three overriding principles: the assumption that there is some correspondence between the way our minds work and the logic of the observed universe; that this correspondence may be coded in  symbolic form through mathematical relations between the symbols we give to observed quantities; and finally that the same methods we use to figure practical matters on Earth are valid for deducing universal laws.

These principles, hitherto so stunningly successful, imply continuity between the practical and the fundamental, between technological prowess and the deepest questions relating to our place in the universe. It is enough to observe that spectroscopic methods, which developed in the context of pure astrophysical research, have wide ranging practical applications, including many important medicinal ones. And several other examples can be inferred from the brief history outlined above.

This is what many scientists mean when declaring that pure science, with its deep epistemological ramifications, cannot be separated from its attendant practical consequences. For us in Egypt, this means that it will be impossible to adopt products of the scientific method without assuming its logic and its worldview.

Egyptian public discourse is filled with tales detailing the dangers of foreign domination and “penetration.” Obscure yet simplistic conspiratorial images, often invoking the workings of ‘hidden hands,’ dark plots and painfully puerile readings of religious texts, are  used in constructing a symbolic picture that lacks empirical basis and almost any efficacy in describing or dealing with the world.

This places us firmly outside the circle of participants in the production of contemporary civilization. And being exclusive importers of all that is important in way of ideas and their applications, we become dependent on the producers, and thus naturally invite some very real forms of domination and subjugation. 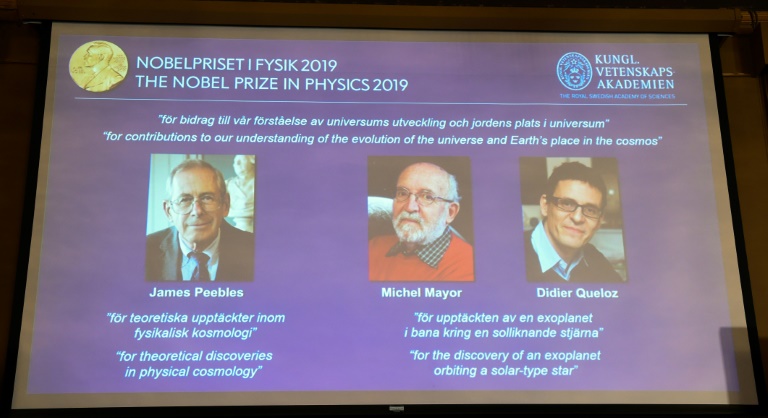 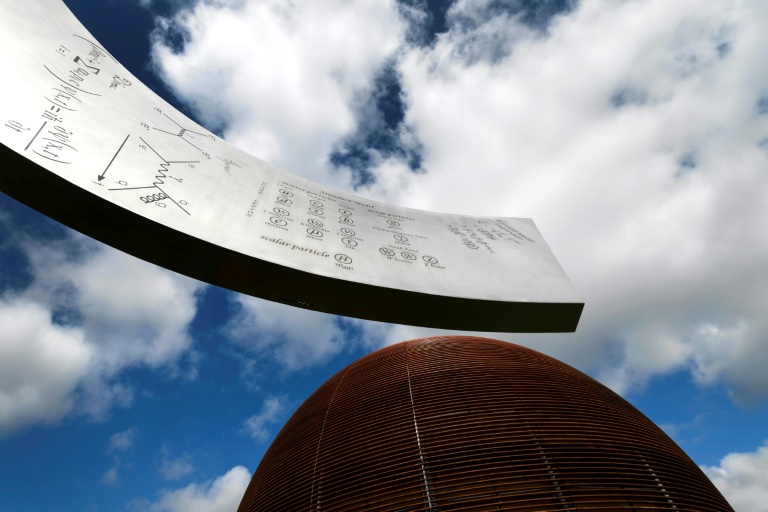 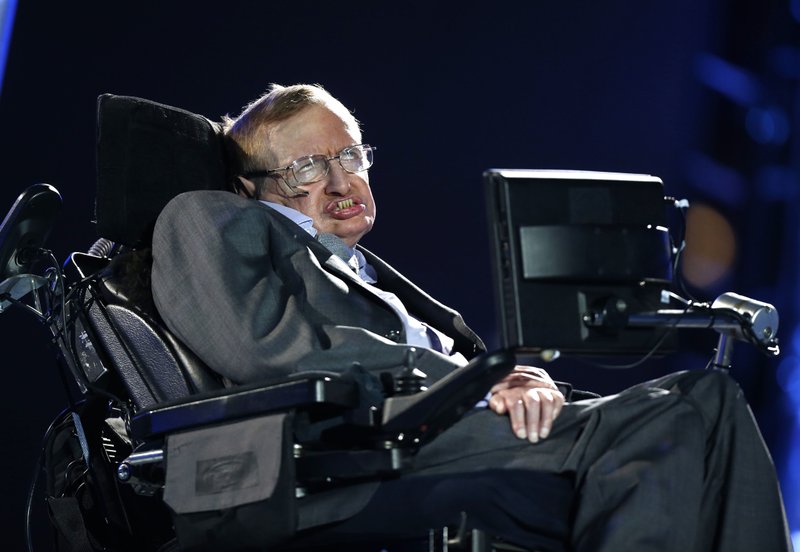 Stephen Hawking: ‘His laboratory was the universe’ 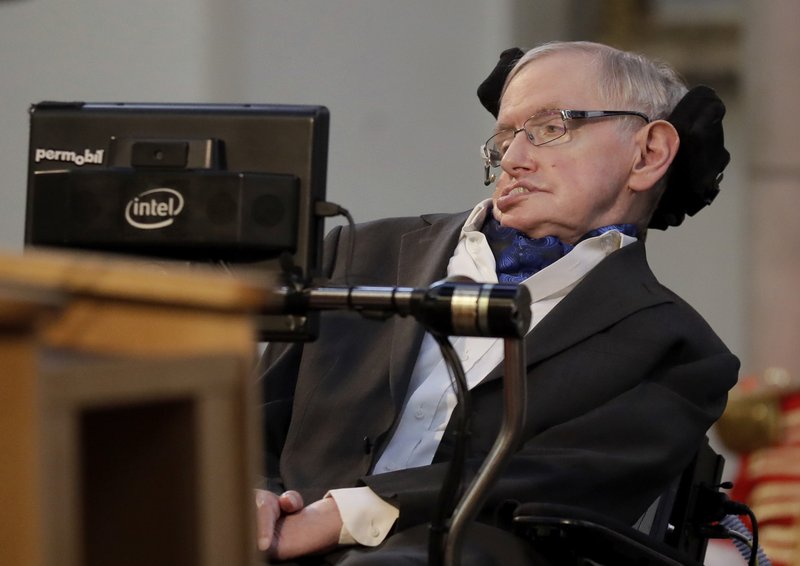 Stephen Hawking, best-known physicist of his time, has died