The withdrawal of Mohamed ElBaradei from the presidential race has put pro-democracy groups on the horns of a dilemma. By pro-democracy groups, I refer to the non-Islamist groups and parties that are often defined as the “civil,” revolutionary or secular bloc. After ElBaradei’s pullout, this rather disjointed bloc of Egyptian pro-democracy groups was unable to reach a consensus on another candidate and is facing the challenge of submission to attempts to marginalize it from ongoing high-level political deals and concessions.

It is becoming clear that both the Islamists in Parliament and the generals — despite their deep rifts — share the same implicit goal of undermining the revolution and its devotees for the sake of a possible deal that they can score to safeguard their own interests. Nevertheless, the fluidity of political interactions, the continuing unrest, the clash of interests, the lack of a clear vision and the incoherence of the projects put forward by the stronger parties in the political arena — be it the Brotherhood or the Supreme Council of the Armed Forces — stand in the way of the conclusion of any such deal, at least until now.

And with all this, the presidential election will be held amid anti-revolution sentiment and continuing maneuvers to make a deal that strikes a fragile balance between a hesitant Islamist majority and a collapsed police state in an increasingly unstable regional context. The coming president will thus be the product of such a deal and will potentially fail to create genuine stability. Against such a confused backdrop, the choices available to pro-democracy groups are tough.

Some are calling on pro-democracy groups to rally around presidential hopeful Abdel Moneim Abouel Fotouh, who is both an Islamist reformer (a former member of the Brotherhood) and a “supporter” of democracy — an image he succeeded in cultivating through his rhetoric and the close ties he has built with some pro-democracy activists. Abouel Fotouh, many believe, has a good chance of winning, or at least run a successful campaign, since he has already become a recognized public figure with an Islamist background, and a “credible” democratic program — a reputation he was able to promote by distancing himself from the Brotherhood and its politics.

In contrast to Abouel Fotouh’s supposedly “fail-safe” campaign, other pro-democracy voices launched a campaign to promote a less-known candidate, Khaled Ali, the 42-year-old human rights lawyer who was dubbed by his supporters as a “presidential candidate from Tahrir.” Ali’s supporters have hailed him as a candidate who played a role in the revolution and is able to lead a revolutionary battle through his presidential race. And finally, there is a third group that has called for boycotting the presidential election altogether.

These three choices that I focus on emanate from one puzzling question: Is supporting Abouel Fotouh’s campaign the best choice for the revolution?

Those supporting Abouel Fotouh for president believe that the upcoming presidential poll will be conclusive in their battle against the junta and Hosni Mubarak’s cronies, and that the victory of a president promoted by a backroom deal will give the revolution a major blow. In other words, the rationale is that lending support to Abouel Fotouh could disrupt this deal between the generals and the Islamists in Parliament to form a consensus president, they say. Despite the fact that the conclusion of such a deal is still in question, as stated before, an additional problem with this argument is that it calls on certain pro-democracy groups — which are aware of their limitations in popular mobilization — to rally around a candidate who has already relatively wide popularity (regardless of their support).

By rallying around an Islamist presidential candidate, however, the revolutionary bloc would be confining its democratic aspirations to the long-standing political options. In other words, the Egyptian political sphere would continue to revolve around the same two choices that have been dominant for decades, namely either the Islamists or the military-backed regime. The idea behind the revolution was to institute democracy and political pluralism. If non-Islamist pro-democracy groups focus solely on rallying around an Islamist presidential candidate, then they would be undermining the revolutionary aspiration for political pluralism, at the time when they should be adamant on opening up new horizons and political possibilities.

In addition, these pro-democracy groups, it seems, are mobilizing their efforts for a political venture that could have absolutely no positive output even in the case of victory. Even if we assume Abouel Fotouh will win, his rise to power is not a guarantee that he will take the side of the pro-democracy constituency, particularly when it comes to supporting its battle against military rule and the remnants of the old regime. Judging by the balance of power, if Abouel Fotouh succeeds in becoming the president, the Brotherhood's parliamentary majority will most likely ally with him. He will accordingly have to respect the Brotherhood’s own agendas and rather conservative political stances. Let us not forget that Abouel Fotouh subscribes to the Brotherhood’s ideology; his split from the group does not mean he denounces their frameworks and beliefs — at least he has never explicitly said that he does.

In sum, if the pro-democracy groups indeed focus their effort on supporting Abouel Fotouh, the outcome would be a complete domination of the Islamist movement over the political sphere. By rallying for Abouel Fotouh, the political battle will be confined to the contours of the Islamist, particularly, Brotherhood’s influence. This, accordingly, will slay political diversity, which is the raison d’etre of democracy.

The emergence of a candidate who belongs to the revolution could revitalize those democratic networks and groups and institute diversity in the political sphere. This, it seems, is exactly the rationale behind Ali’s presidential campaign. Regardless of the chances that Ali has at winning the presidency, his participation in the race bestows a political identity on these revolutionary nets and preserves the civil democratic nature of revolutionary groups. In other words, his campaign makes the revolutionaries politically relevant.

The Egyptian revolution was originally a political one led by rising young democratic powers which have yet to develop into strong political parties, and that is why their presence on the electoral scene is muted in the face of the influential Islamist wave. Propping up Abouel Fotouh indicates submission to that reality, taking into consideration that Islamists, conservatives and reformists alike, do not necessarily recognize the right of liberal and leftist groups to exist and nurture their popularity.

Islamists might claim that they accept the pro-democracy groups when they appear in the media, but they deny them the right to mingle with the public. In other words, it seems that Islamists — at least most of them — perceive non-Islamist groups as a necessary cosmetic rather than legitimate participants in the political sphere. Whoever read the interview with Sheikh Yusuf al-Qaradawi — recognized as an enlightened preacher and one of the most important supporters of Abouel Fotouh — that was published on 1 March in Al-Shorouk newspaper will see how the prominent sheikh describes non-Islamist groups as alien to society. "They do not have a future," he said.

To support Abouel Fotouh is to surrender to that logic and waste a chance to build a strong civil democratic front, even if it only eventually gets the support of a few voters. Indeed, the Revolution Continues Coalition list may have only gotten 800,000 votes in the latest parliamentary elections, but it has forged a spot for civil democratic groups in the political scene.

In a similar fashion, the ability of the “revolution’s presidential candidate” to negotiate and maneuver is dependent on the ability of pro-democracy groups to discover and fill in spots that open up in the political area. In other words, pro-democracy groups need to exploit that margin of political action provided by the revolution and to continue mobilizing those who still have the dream of bringing about revolutionary change, rather than surrendering to the conservatism of the majority.

Non-Islamist pro-democracy groups are destined to struggle against an established reality to assert their right to exist; in this battle, they are only equipped with their pure imagination and dreams — the same “gear” that sparked the 25 January revolution. Therefore, pro-democracy groups should be wary of those who ask them to be cautious, for caution will only make them weak, ineffective and alien. 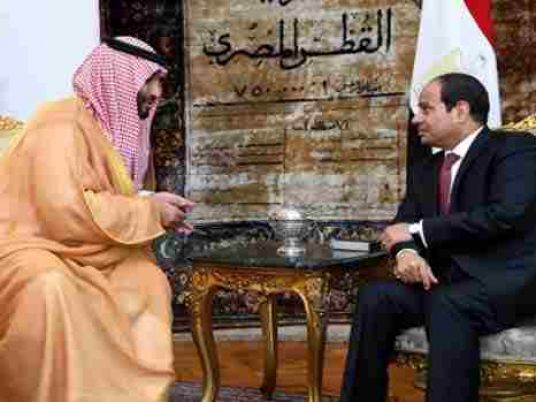