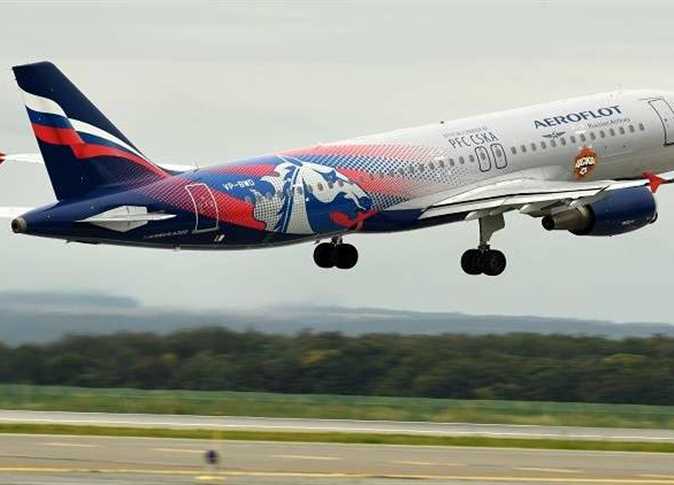 The Russian airline Aeroflot stated on Thursday that its sales department sold approximately 88 percent of the first six Moscow-Cairo air flights tickets after they opened for reservation on Tuesday.

The company stated that it would resume regular flights on this route starting April 11.

According to the statement, the company will operate Airbus A320 for three flights a week from and to Sheremetyevo International Airport.

Tickets have been on sale since March 13th, the statement added.

The schedule of Moscow-Cairo air flights has been set out: SU400 flights will operate on Saturdays, Mondays, and Wednesdays. Their departure time from Moscow will be 20:50 p.m. and their arrival to Cairo will be 00:25 a.m. Meanwhile, the departure time from Cairo will be 1:24 a.m and their arrival to Moscow will be 6:50 p.m., on Tuesdays, Thursdays, and Sundays.

Increased Egypt-Russia flights are expected in the period between June 12 to July 2, to accommodate increased demand during the 2018 FIFA World Cup in Russia.

US, Russia trade blame as diplomats fail to meet in Africa